THE KINGDOM
By Jo Nesbo

The Norwegian crime novelist Jo Nesbo is famous for his series of best-selling books featuring the detective Harry Hole. The name (pronounced HOOL-eh) is actually quite common in Norway, and has nothing to do with absence or emptiness. All the same, the English connotations are more than appropriate. In the great tradition of Scandinavian crime fiction, Harry is damaged goods: alcoholic, quarrelsome, antisocial and suspicious of authority; in the course of a dozen novels he gets beaten up so often that by now he’s missing a middle finger and has a scar running from his mouth to an ear. In “Knife,” his last appearance, he woke up blood-soaked and hung over, convinced he had killed his own wife. For all his flaws, though — or maybe because of them — Harry is very good at his job, which has him pursuing monsters and psychopaths of a sort that in real life hardly ever turn up in law-abiding Scandinavia: serial rapists and serial killers, right-wing psychopaths and, in one recent book, a guy who likes to bite his victims with iron dentures and drink their blood.

At least some fans of the series will be disappointed, therefore, to learn that Harry is absent from the newest, much tamer Nesbo, “The Kingdom.” The closest this book comes to Nesbo’s customary darkness and luridness is a brief scene in which a character disguises himself by wearing the scalp of a dead man whose corpse is later dissolved in a bath of a cleaning fluid called Fritz. And although it’s set in a mountain village in rural Norway, “The Kingdom” in some ways seems more American in tone than Scandinavian. The difference is established right from the beginning, when one of the main characters comes rumbling up to his family’s mountain farm in a 1985 Cadillac DeVille. This is Carl Abel Opgard (the middle name comes from Abel Upshur, Zachary Taylor’s secretary of state, but we’re probably meant to think of the biblical Abel as well), newly arrived, with his beautiful Barbados-born wife, from Canada, where he established himself as a real estate big shot. He has plans now to make a killing and also boost the failing local economy by building a sleek, modernist spa and hotel on the remote family homestead.

We learn all this from the book’s narrator, Carl’s older brother, Roy, who stayed behind when Carl went to college in the States, making a modest living by managing the local service station. Roy keeps to himself, doesn’t say much, is mostly interested in birds and in fixing up old cars. He seems so uninterested in women that some of the locals suspect he must be gay. He’s also a much more leisurely storyteller than the one who narrates the Hole books, and in the beginning the book seems less a mystery story than a Faulknerian saga about sibling rivalry and sexual jealousy. 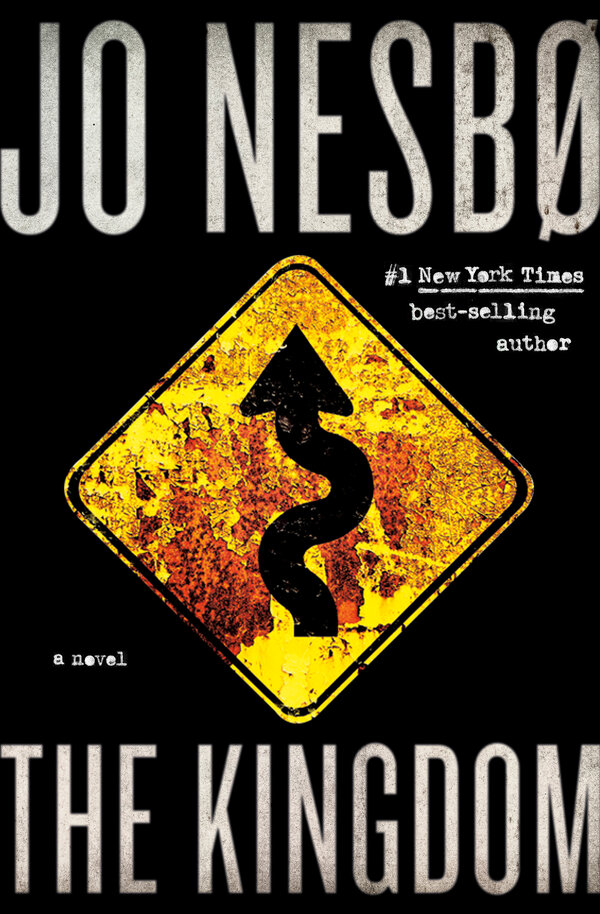 But there is a dark family secret, it turns out — one that Carl and Roy have been covering up for years — and, instead of one mystery, lots of them. Why is there another Caddy DeVille, containing the bodies of the Opgards’ parents, at the bottom of a nearby ravine? Suicide? Flat tire? Or just a treacherous road? (By the end of the book, two more cars will wind up there, including a snazzy Jaguar E-type. You would think a nanny state like Norway might want to put up a guard rail.) And what happened to Sigmund Olsen, the sheriff investigating that first car wreck? Another suicide or accidental drowning? In the present, there’s the puzzle of why the local roofer is buying so many morning-after birth-control pills; and eventually an arson case to be solved, after someone burns down the uncompleted hotel. Could the culprit be someone who just can’t stand looking at a building that has been variously described as a cellulose factory and a lunar igloo? (Carl’s wife, Shannon, is the architect, and she proves to be a small-time Howard Roark, unwilling to let her design be defaced by anything cute or folksy.)

The person trying to sort all this out is Kurt Olsen, Sigmund’s son, who has taken over his father’s job. He affects a kind of Western manner, with cowboy boots and a handlebar mustache, and even resembles a John Ford character, stubbornly poking around, revisiting old clues, refusing to consider a case closed, especially the death of his father. He’s convinced the Opgards know more than they let on, and won’t stop pestering them.

If there’s a subtext here, it’s the narrowness and meanness of life in a small Nordic town, where everyone knows everyone’s secrets, or wants to, and where the past is never past and old animosities linger for generations. One reason so many Americans like Scandinavian crime fiction, I suspect, is that it evokes a world so reassuringly different from the urban, tasteful, design-loving socialist paradises we sometimes imagine and envy. Nesbo’s Norway, like Stieg Larsson’s Sweden, is populated with creeps and psychos of the sort that turn up here in much greater abundance. “The Kingdom” seems familiar in another way: Just like America, Norway has places where people drink and smoke too much, eat a lot of fast food and don’t see much of a future for themselves. That’s why the locals are taken in by Carl’s somewhat sketchy and grandiose plans: They promise a new beginning.

I think Nesbo also means to suggest that this rural Norway is a place of great natural beauty. The trouble is that he’s not very good at describing it — or Roy isn’t. He says things like “The sky was heavenly blue and as clear as the gaze of a pure young girl.” For a narrator, I’d rather have Nesbo. Roy isn’t unreliable, exactly. He doesn’t falsify or hold back. Eventually everything comes out, even if he keeps you in suspense for a while. About halfway through, for example, he at last owns up to his romantic history. But he has a blind spot when it comes to himself. He has a propensity to violence, for example, which doesn’t seem to trouble him much. And though he’s essentially a decent man — everyone says so — he remorselessly puts his family above everything.

Unlike the Hole books, which tend to start with a crime, gruesome usually, and then relentlessly pursue it, “The Kingdom” begins slowly and only gradually picks up speed, until Roy is swept up in the momentum of his own story. The ending is sudden and startling and — to me, anyway — a bit of a psychological stretch. To get your head around it you have to question everything you thought you knew about the two brothers. The ending also puts you in the morally compromised position of hoping that justice won’t be done. In the much more violent Hole books evil is always exorcised, however briefly, and for that reason they’re much more comforting.