Today’s pace of extinction is hundreds if not thousands of times greater than the natural extinction rate. Humans are, of course, profoundly implicated in this loss of life and biodiversity. Jeff VanderMeer’s 20th book, the ambitious ecological thriller “Hummingbird Salamander,” asks us to engage with this reality, and with the possibility that Homo sapiens too could be on the path to extinction, thanks to the species’ “destroying its own habitat.” The narrator of the novel, who calls herself Jane Smith, may already be dead by the time we read the opening lines. She is here, she says, “to show you how the world ends.”

At the beginning of this journey, Jane receives a key that leads her to a storage locker containing a taxidermied, and extinct, hummingbird. Soon Jane becomes embroiled in a high-stakes scavenger hunt as she tries to understand the call to action this strange gift represents. Why has she — “middle-aged mother, centrist politics, suburban life” — been chosen by Silvina Vilcapampa, the rebellious scion of a rich and powerful Argentine family, who is perhaps a sustainability guru or an eco-terrorist, to carry out her enigmatic wishes? Is it because of Jane’s job in internet surveillance, her past as a wrestler or the explosive store of rage left by her abusive and grief-ridden childhood?

Confronting the truth of global ecological devastation is hopeless, so Jane has “learned to care less.” Silvina calls it “the fatal adaptation.” But Jane is awakened by entries in Silvina’s ardent, troubled diary — “We’re ghosts trapped in the wreckage of our systems. So why shouldn’t we haunt them? Why should we not avenge ourselves upon them?” — and permits herself to get sucked into a quest, caught amid the colliding agendas of multiple foes. As Jane’s nebulous mission consumes her, she sloughs off, with disconcerting swiftness, everything that once moored her. This madcap mystery offers plenty of charms — a magnetic amateur gumshoe, clues hidden within more taxidermied animals, confrontations at used-car dealerships — but, ultimately, VanderMeer is getting at something much deeper and darker here. 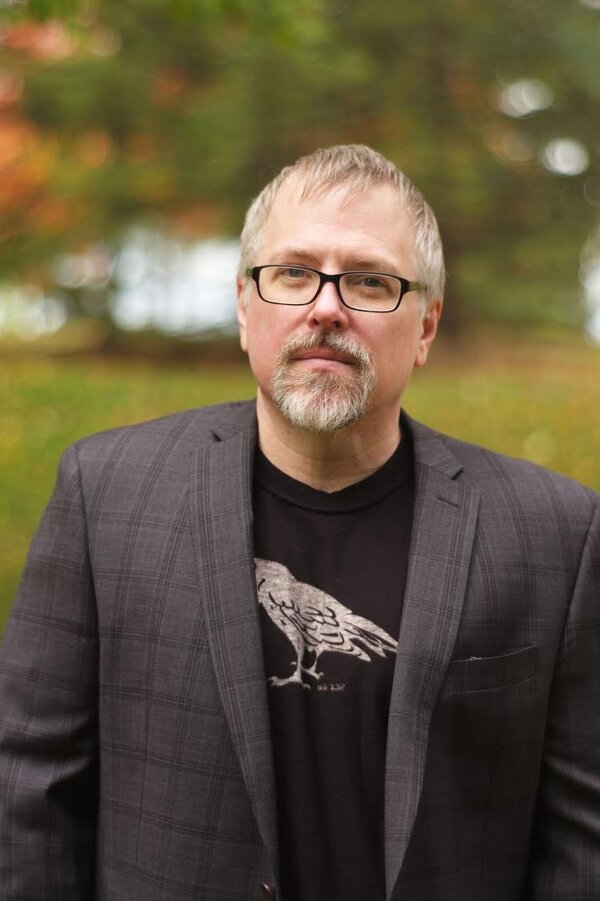 Simmering in the background is the low ominous hum of climate change, habitat destruction, international unrest, an encroaching pandemic, a litany of disasters glimpsed on TV and overheard on the radio. Jane’s world is, at first, recognizable; there are still school talent shows and overindulgent Christmases and hotel conferences. But the seething background gradually advances, terrifyingly, into the foreground.

VanderMeer, who has long imagined the consequences of humanity’s encroachment on nature in works like his Southern Reach Trilogy (“Annihilation,” “Authority” and “Acceptance”), evokes the irrevocable crumbling of the known world as these broader crises thrust themselves into Jane’s life. This is the time when “systems failed, flickered out,” and institutions are “revealed as paper thin”; when “that weird emerald-gray sparkle in the sky” becomes “our new normal”; when the slow-motion catastrophe suddenly accelerates.

As Silvina’s sublime or unhinged master plan reveals itself, VanderMeer makes the case — viscerally, unflinchingly — that we would do well to envision ourselves at this existential inflection point alongside Jane, exploring possible destinies for life on our planet. Throughout his works, VanderMeer urges us to contemplate different potential futures. In his exuberantly imagined 2017 novel “Borne,” he does so via images of a postapocalyptic landscape poisoned by biotech experiments run amok. “Hummingbird Salamander,” though less wildly inventive, is potent for being more familiar, far closer to our current reality. This is climate fiction at its most urgent and gripping.

By speaking directly to the reader throughout, Jane challenges us to join her in trying to picture the future — the probably desolate but perhaps regenerative future. “Can I count on you being here?” Jane implores. “Or will I always just be writing this to myself?”