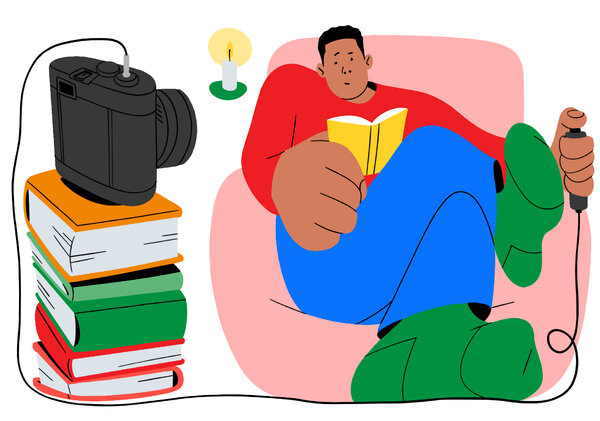 The sheer physical mass of Gilles Peress’s WHATEVER YOU SAY, SAY NOTHING (Steidl/D.A.P., 1,960 pp., $480) is intimidating. Two enormous volumes of plates, the size of 19th-century ledgers, and an accompanying almanac, “Annals of the North” — the dimensions of a hard-bound dictionary — constitute this account of the Troubles in Northern Ireland, beginning in 1972 and extending past the end of the 20th century. Peress, from Paris, went to Derry as a young Magnum photographer, knowing little English; right away he witnessed the British Army’s massacre of 14 civilians in what became known as Bloody Sunday. Within a year, he had embedded himself so thoroughly that his photographs were often called upon as evidence in court. He developed ties with many people, sometimes tragically; one of his closest Republican friends turned out to be an informer and was killed by the I.R.A. It is clear from this work — the title comes from the I.R.A.’s “Green Book” — that Peress left a chunk of his soul in Ulster. (Disclosure: Peress is my colleague at Bard College, although our paths seldom cross.)

The plates are not organized chronologically but in 22 chapters that represent thematic “days” — “Day of Internment,” “Day of Roses,” “Prison Days” — spanning the better part of two decades. The “Prod” (Protestant) and “Taig” (Catholic) sides are represented evenly; Peress gives a clear measure of the ways the two seem to share a culture as well as being irreconcilably warring states. The pictures are immersively horizontal; they appear cinematic by virtue of their dimensions, size (14 inches by 9½ inches, with some at 28 inches across) and at least implied action. Peress’s photos are never at rest. Violence is always imminent if not present, and people are typically all headed in different directions; even his gravestones seem to be in motion. The vast sequence of images here, representing not a timeline but a series of existential crises that recur like rituals, that also play out in headlines, TV news footage and, above all, graffiti, rises in waves and recedes into choppiness, as capacious as a 19th-century novel but as indeterminate as an ocean.

Catherine Opie is a portraitist of unusual poise, who accords her subjects the gravity of the nobles portrayed by Velázquez or Holbein the Younger, while often maintaining direct eye contact that can read as sympathetic or conspiratorial, depending on who the subject is. She is best known for portraying what are often called sexual minorities — trans people, butch lesbians, fetishists of diverse sorts — and her stately presentations have done much to infuse dignity into their public perception.

In CATHERINE OPIE (Phaidon, 337 pp., $150) those pictures are blended together with portraits of famous artists, surfers, domestic gay couples, high school football players and small children, with no discordance; they are all simply humans shown in full self-possession. The rest of the book highlights her landscapes, which range from misty ocean scenes to colorful slices of vernacular architecture to wide-screen views of mini-malls and highway flyovers. The latter are the strongest of her landscapes, with the highways in particular as wind-swept and epic and truncated as the legs of Ozymandias in Shelley’s poem.