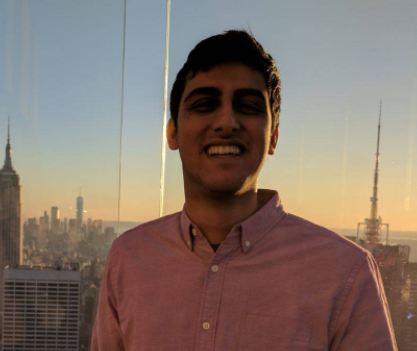 As I turned the last page of Haruki Murakami’s Kafka on the Shore, I felt giddy.

It was January 2 and I’d already finished my first book of 2021.

Though, technically, I started it on December 31, completing the novel marked the first step in the epic challenge I’d just set myself: to read at least one book a week for an entire year.

With book #1 done, I felt like I was on the precipice of an adventure. Yet, despite this rapid start, I was still a bit worried by the enormity of the task.

I’ve always been an avid reader, but in recent years I found myself delving into books less and less.

In a world where we have endless hours of entertainment at our fingertips, it can be overwhelming deciding what to watch, listen to, or read – and sadly, because of convenience and the perceived mental toll of it, reading often falls to the wayside. It did for me, anyway.

One of the few joys I had during lockdown was the opportunity to read consistently again – something I wasn’t alone in, as soaring book sales during the pandemic showed.

I’d forgotten how much I enjoyed getting lost in books; meeting characters, each one like a new friend (or foe), and how a good plot could absorb me so much I would miss mealtimes.

Reading always brought me back to a childhood spent at the local library for hours at a time during stretched-out summers. Even as a kid I could sense there was something special, something powerful about the written word.

During the lockdown, I realised how much happier I was when I was reading. So, when 2020 began drawing to a close, I made a pact with myself: in 2021, I would read at least one book a week.

When many people think of books, their mind wanders to imposing, hardback novels. But even before I started my challenge I knew I’d be including smaller volumes, audiobooks, and other styles of writing such as nonfiction and short story collections in my count.

After all, the point wasn’t a box-ticking exercise or to be competitive; it was to rekindle a waning love of literature.

While the task initially seemed enormous, I found as the year went on it only got easier.

I started keeping a tally of the books I read on a spreadsheet (although some prefer Goodreads or similar websites), which gave me a sense of achievement.

For some, this tactic might lead to rushing through texts, but for me it was more of a motivator on days I felt I didn’t have the mental capacity to read. Like most things in life, the idea of reading is much more imposing than the act itself.

There were times it was tough. I was both working and studying for most of this year, leaving what I thought was only a few measly hours a week to read. Despite my fast start, I found myself falling behind in the early stages of the challenge.

I was able to catch up by reading shorter books. A common misconception people have is that longer books are more ‘worthy’ of reading. However, considering the first Twilight book is longer than classics like The Trial and The Road combined, it’s clear that’s not necessarily true.

With that said, if young adult fiction is your thing, then plough on with it. Book snobbery is the antithesis of effective reading, and as a writer, I came to appreciate how well authors of novels aimed at younger readers, like The Hate U Give or The Hunger Games, crafted entertaining plots.

With the target of at least 52 books set, it was easier to abandon a text that I would have once slogged through for weeks, even months, with little enjoyment (although that’s only been the case twice this year). Now I know that if I’m not hooked by the first 60-or-so pages, I likely won’t be at all.

The more I read, the more I remembered that every book has something to teach me, from Frankenstein reminding me not to judge a book by its cover, to On Earth We’re Briefly Gorgeous reinforcing the importance of nurturing familial relationships.

The challenge was also an ideal time to expand the scope of what I was reading and listening to. I had some old books I hadn’t read that made their way onto the list, and I sought out suggestions from friends.

I would peruse charity shops and second-hand stores for authors I knew I liked as new books can be prohibitively expensive. I also made use of my university library a couple of times.

And, of course, I used an e-reader, which tends to offer books at a much-reduced rate compared to their paper counterparts.

I’d hardly delved into nonfiction in years, but this year I read seven nonfiction books, and enjoyed most of them (and the one I didn’t was mercifully short).

The most important thing the challenge did for me, though, was make me prioritise reading.

Studying and working from home meant the built-in time for books that comes with commuting was lost to me, but I found other ways of clawing it back.

During gym sessions, I embraced audiobooks. While many believe listening to books doesn’t have the same benefits as reading them, studies have shown if the listener’s paying attention there’s ‘no significant differences in comprehension between reading [and] listening’.

I made other, tangible changes too. I’d always been wary of reading in bed because it meant having to eventually get up and turn off the light, chasing away my tiredness in the process – but with a bedside lamp, I was able to simply switch it off when I felt sleep approaching.

Other adjustments required a little more self-restraint. When I found myself pointlessly scrolling through social media I’d pick up a book, getting in five to 10 pages at a time.

In the evenings, I’d leave my phone on the other side of the room to focus on the story in my hands. As a chronic re-watcher of television shows, I would stop an episode earlier than normal to dedicate 30 minutes to reading, and by the summer even had some days I eschewed watching anything.

Overall, I went from reading less than 30 minutes a day to between an hour and two on most days, although not all in one chunk of time.

By October, I’d already reached my target of 52 books for the year: two were audiobooks, four were on my e-reader, and the rest were physical copies. The vast majority of these were second-hand or gifts I’d received for my birthday and Christmas.

While I’d known I was going to hit my target early, closing the last page of #52 – The Hothouse by the East River by Muriel Spark – still felt like a milestone.

However, by then I knew what I really cared about wasn’t the number, but the process. Sure, I felt a sense of achievement, but it was dwarfed by my desire to crack on with book 53 (Chemistry by Weike Wang).

There’s no doubt that my life is much richer for reading at least a book a week; my already deep love of literature has been strengthened, and I’ve discovered authors who are now among my favourites.

It’s an achievable goal for almost anyone, and something I’d highly recommend.

As for me, in 2022 I think I’ll carry on at my pace. Maybe I’ll even try and breach the 100 mark. But if I don’t, I doubt I’ll be too fussed – the fun isn’t in totting up how many pages you’ve read, it’s in rediscovering the joy of reading itself.