How I quit the rat race – for a Hebridean hell

How I quit the rat race — for a Hebridean hell: Woman who swapped a career in the city for farming reveals the violence she experienced from the community

I AM AN ISLAND

In lockdown, it seems our most difficult feelings have been given space to sink deeper than ever before. But we’ve also learned to cherish the small and simple things we once took for granted: the morning’s birdsong and the satisfaction of perfectly pegged-out laundry.

Lockdown is easing now, but for a gruelling glimpse into what it would feel like if quarantine conditions intensified and extended for years, look no further than Tamsin Calidas’s devastating account of her life on a remote Hebridean Island. 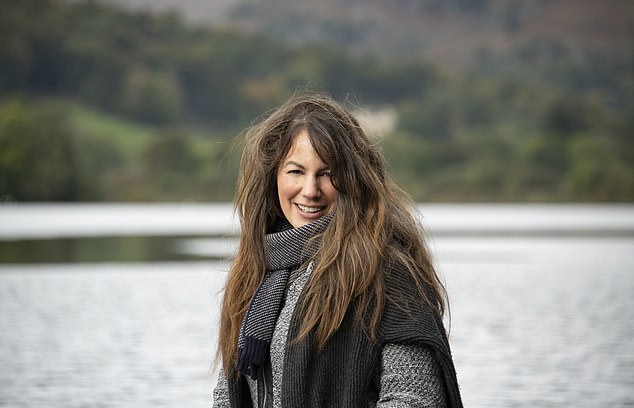 Tamsin Calidas (pictured) who swapped city life for farming, reflects on her life on a remote Hebridean Island in a fascinating memoir

A happily married Oxford graduate with a successful media career, Calidas began to struggle with London life in her early 30s. First, a car accident buckled her spine, leaving her with concerns about her fertility. Then she and her husband, Rab, woke in the night to find burglars in their bedroom.

Although they had no roots in the Hebrides and no experience of farming, in 2004 they took the bold decision to swap their city home for a derelict croft on a small, unnamed island with no GP or police officer — only a small post office stocking basic groceries, a tiny primary school and one part-time nurse.

At first, they experienced much of the rural idyll they craved. Each morning they woke early, holding hands under the covers. There followed long days of toil as they grew leaner, browner and closer. There were quiet nights by a roaring fire, eating fish fresh from the surf. They bought a small stock of cows and sheep and tried not to focus on the hostility sloshing from the drunken mouths of long-term islanders who resented incomers and made vague, unsettling threats.

The couple hoped to have a family but failed to conceive. Heartbroken, Calidas travelled to Glasgow for agonising IVF treatments that did not work, only to discover Rab had been unfaithful with a local woman.

Rab returned to London and Calidas found herself more isolated than ever.

As the only female farmer on the island she was not welcomed into the farming community. Leading her stock around the ring at an auction, the auctioneer made lewd comments as though it were Calidas, not her lambs, up for sale. Men crashed violently into her home at all hours, demanding her whisky and attention. Noting her mixed heritage, one hissed about her ‘dirty’ skin. The word ‘b****’ was sprayed on to the wall of her croft. At one point she was so poor she was forced to turn to the trees for more physical sustenance: ‘It takes a surprisingly long time to eat a leaf picked fresh off a tree. The sycamore leaf is the toughest. The beech is soft, buckled with tiny hairs like downy skin. The silver birch is thin and slippery-cool.’

At her lowest, Calidas admits she walked naked out into the icy sea to end her life, but her will to survive was reinvigorated by the briny waves. Finding a passion for swimming kept her afloat, and she sought bracing solace in the waves all through the winter and even at night.

Though her book charts the ragged grief she felt at the loss of both her parents and her only friend on the island, who died in a car crash, Calidas was continually revived by the wild beauty around her: the misty breath of deer at dawn, the velvet sprawl of seals on the beach and the gulls screaming above the spray.

She found a powerful outlet for her maternal instincts in the nurture of her stock, her beloved sheepdog Maude and the many injured or orphaned wild creatures she nursed back to health.

In the closing pages, Calidas attempts to build a new kind of trust with the islanders, although it may be that this book — which has offended many who deny her accounts of hostility — prevents her from reintegrating into island life after all.

She also finds herself still longing for a child: ‘Some days I wonder if I am destined always to be here alone, an island in a sea of solitude, or if one day a small hand will reach out to hold fast to mine . . .’