How a Murderous Poet Inspired One of Dostoevsky’s Masterworks 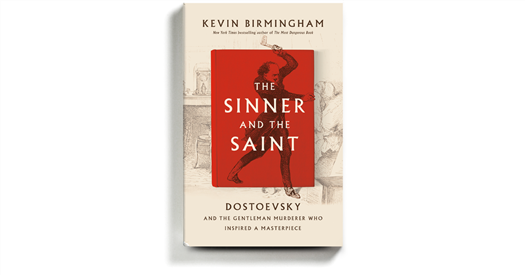 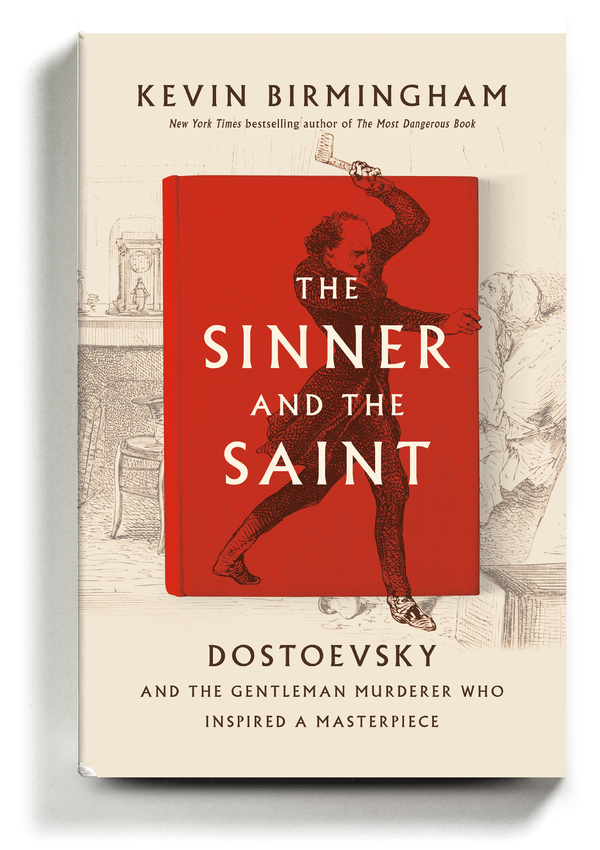 The truth about Fyodor Dostoyevsky has proved to be as mysterious and inexhaustible as the enigmatic figures he wrote about, drawing the attention of novelists (Leonid Tsypkin, J. M. Coetzee) and any number of biographers (Joseph Frank, Leonid Grossman). In “Dostoevsky in Love,” published earlier this year, Alex Christofi combined genres, plucking lines from Dostoyevsky’s fiction and training them across a trellis of biographical fact.

The endless revisitation suggests something that Dostoyevsky himself may have appreciated. As Oliver Ready observes in the introduction to his superb translation of “Crime and Punishment,” knowing the facts is not the same as knowing the person — a notion that happens to align with Dostoyevsky’s own objections to the fixation on “mere data.”

So Kevin Birmingham has set out to offer something more interpretive and immersive in “The Sinner and the Saint.” Birmingham is the author of “The Most Dangerous Book” (2014), which told the story behind James Joyce’s “Ulysses”; his new book tells the story behind “Crime and Punishment,” another work of literary innovation, whose publication marked a turning point for both Dostoyevsky and the history of the novel.

“He was entering the greatest phase of his career,” Birmingham writes, a period that would include “The Idiot,” “Demons” and “The Brothers Karamazov.” He was also finding a new way of writing about self-consciousness and self-deception, by producing not a novel of ideas but what Birmingham calls “a novel about the trouble with ideas” — exploring their enormous power but also their pathetic inadequacy, how the most pristine concepts run aground on the stubborn intransigence of the world.

The distinction is essential. As Birmingham shows, Dostoyevsky wasn’t the schematic storyteller his critics make him out to be, mapping out some grand ideologies and then deducing the details. He usually started from bits of conversation, a person’s voice, a memorable image. (“Crime and Punishment,” which he initially proposed as a 90-page story that would take him only two weeks to complete, soon sprawled far beyond that plan.) Part of Birmingham’s intention is to give proper due to the inspiration provided to the novel by the 1835 trial of the “poet-murderer” Pierre-François Lacenaire, which Dostoyevsky learned about in 1861, when he and his brother were looking for material for their new literary magazine.

Lacenaire was a strange combination of haughty and dissolute — someone who read Rousseau’s “Social Contract” while waiting on an apartment landing for one of his victims. After robbing and killing two people in a double murder, including an old widow lying in her sickbed, he and his accomplice took their meager spoils to treat themselves to dinner and then a comedy show. “That was a great day for me,” Lacenaire later reminisced. “I breathed again.”

But Raskolnikov of “Crime and Punishment” is no Lacenaire. Yes, he commits a double murder — killing a pawnbroker and her half sister. Yes, he tries to exalt the grisly crime in the lofty language of utilitarianism — insisting that the pawnbroker’s money could be put to altruistic use. But where Lacenaire was cool, unflappable and languid, Raskolnikov is feverish, tormented and confused, torn between ideas and impulses, as divided as his own name (raskol means schism, or split) implies.

Birmingham ably guides us through the first few decades of Dostoyevsky’s astonishing life, paying particular heed to his time amid reformist circles in St. Petersburg. A sudden burst of literary acclaim in response to his first novel, “Poor Folk,” in January 1846, was swiftly followed by critical ridicule when “The Double” was published the month after. In 1849, he was arrested for political offenses against the state and put in front of a firing squad before being given a theatrical last-minute reprieve. He was then sent to Siberia, where he got to know some of the actual poor folk he had previously only written about. He talked to murderers, too, and was fascinated not only by their stories but by how they told them — the way they would boast of their formidable willpower at one moment and protest how utterly powerless they were the next.

It was the kind of oscillation that Dostoyevsky knew well. Before his exile he would borrow money, write furiously to pay off the debts and then borrow again to buy time to write some more. He also liked to gamble — though putting it this way implies it was more fun thrill than desperate compulsion, when for him it was palpably both. He returned to St. Petersburg after a decade away, and “Crime and Punishment” was written under extreme financial duress. Still, Birmingham says, as much as he needed the money — his financial entanglements meant he was essentially upping the ante, courting total ruin — Dostoyevsky stayed committed to the integrity of the story, following it wherever it needed to go.

Against all of this turmoil, Birmingham’s chapters on Lacenaire begin to feel like an intrusion, despite the vivid portrait. The poet-murderer was chillingly unrepentant — kneeling before the guillotine, he twisted his torso so that he could see the blade coming down. But next to Birmingham’s rich, detailed narration of Dostoyevsky’s life, with all of its paradoxes and tortured ambivalences, Lacenaire’s extreme self-regard quickly becomes predictable, even a bit tedious. His villainy is like a gargoyle — inert and thoroughly grotesque.

“The Sinner and the Saint” ends right after Dostoyevsky marries Anna Grigorievna Snitkina, the stenographer who helped him complete “Crime and Punishment” and therefore rescued him from immediate catastrophe. But as Andrew Kaufman’s recent biography of Snitkina shows, she ultimately couldn’t save her husband from his paranoia, his misogyny, his antisemitism — those ugly impulses that existed alongside his generous imagination.

Before having children of his own, Dostoyevsky used to regale his nieces and nephews with stories about ghosts, but the writer who peered into the abyss of the self showed that such phantoms weren’t the most frightening beings of all. His young listeners “should go into an empty room, he said, look into a mirror and stare into their own eyes for five minutes,” Birmingham writes. “It is terrifying, he told the children, and nearly impossible.”