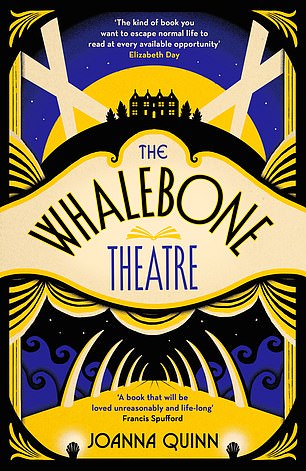 Quinn’s debut is a wonder. Set on the Dorset Coast, with a crumbling old country manor as a backdrop, it is a charming coming of age tale that seems destined to become a classic.

At the heart of this engaging novel are three step siblings — fierce, imaginative Cristabel, sweet, unconfident Flossie and Digby, charming and charismatic.

Neglected by their guardians — the rakish, drunken Uncle Willoughby and his brittle, gadfly wife Rosalind — the trio are left to their own devices.

They spend their time scrabbling on the seashore, encountering a raggle-taggle rout of visitors to Chilcombe (including an American poet and a ­Russian artist) and creating a tiny theatre, the memory of which will gleam golden as adulthood encroaches and the darkness of WW2 casts its long shadow. Elegantly written and totally immersive, this is escapism fiction at its very best.

THE SECOND SIGHT OF ZACHARY CLOUDESLEY

Lusk’s dashing, magical debut winds its way through the grimy streets of mid18th Century London and slips through the twisting lanes and alleyways of Constantinople, eventually arriving in the disconcerting rooms of the royal palace and its equally disconcerting inhabitants.

Intricately plotted and peopled with intriguing characters and cunning clockwork, it unspools the stories of Abel Cloudesley, a man with ‘a touch of mischief, a dash of mercury’, who makes marvellous machines, and his beloved son Zachary, a boy gifted with the ability to glean past secrets and shadowy futures at the touch of a hand.

Caught out by underhand machinations of an old friend, Abel is inveigled into heading to the Ottoman Empire as a spy — and it’s where the teenage Zachary will follow to uncover his father’s fate and embark on his own extraordinary tale. 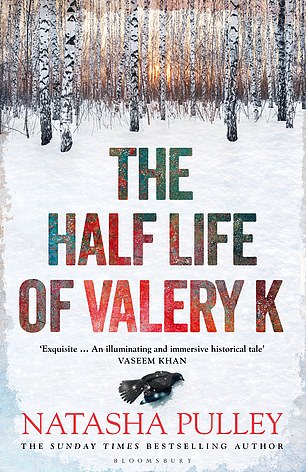 THE HALF LIFE OF VALERY K

It’s 1963 and prisoner Valery Kolkhanov, a former nuclear scientist with a troubled past and an uncertain future, is trying to stay alive in a Siberian gulag.

The weather is killingly cold, the food rations are slender and his fellow captives are beleaguered and dangerous. But Kolkhanov has managed to survive by guile, charm and the protection of gangster inmates, who have accepted him as one of their own.

Taken by car from the frozen wastes to a mysterious Russian town, hidden in a dying forest, Kolkhanov is set to work on a project that tracks the levels of radiation and its effect on flora and fauna, but quickly realizes that something far more sinister and deadly is occurring.

Pulley’s impeccable prose, vivid and shot through with tenderness, lends a hint of lightness to this unsettling story.