MILAN — Those love locks affixed to the Pont des Arts in Paris, the Ponte Milvio in Rome and the Brooklyn Bridge in New York?

While there are other theories as to what first inspired the now-derided practice, his 2006 novel, “Ho Voglia di Te” (“I Want You” in English), is widely credited for starting it. In the book, two lovestruck characters secure a padlock to a streetlamp on Ponte Milvio and throw the key in the Tiber River, citing a “legend” that couples who do so “will never break up.”

The idea came from a rite of passage Moccia, 57, saw when he was in the army. “We had these locks for our bags, and when their service was over, people would attach them to the barracks fence,” he said in a video interview in January. “I thought it would be nice to turn a military thing into its opposite — make love, not war.” He even takes credit for placing the first lock on Ponte Milvio, he said, “in case some nit-picker came to check if was true.”

The book is the second in a trilogy of young adult Italian romance novels that have sold 10 million copies globally, but they are only now being published in English. Grand Central Publishing this week is releasing the first book as “One Step to You,” followed in October by “Two Chances With You” and “Three Times You” in 2022. (All three have been given new titles for the English translations.) Little Brown Young Readers, which, like Grand Central, is an imprint of Hachette, is cross-promoting the first two books. A Grand Central representative said the publisher’s interest was sparked by “the success of Italian novels in translations like those by Elena Ferrante” and by the Netflix series “Summertime,” loosely based on “One Step to You,” which began streaming last year.

The trilogy, sometimes called the Rome Novels, has also inspired two separate movie franchises in Italy and Spain. But Moccia’s success with “One Step to You” came late, and serendipity was involved. 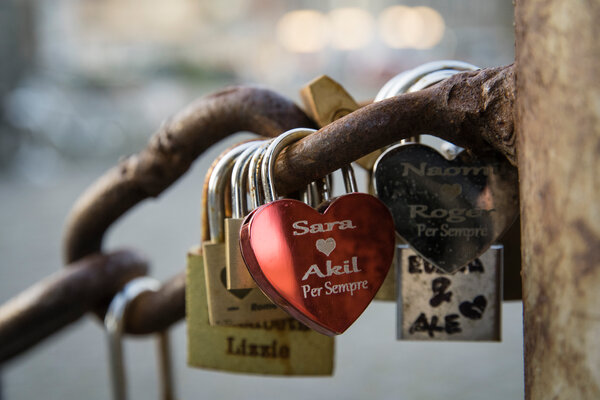 The son of a filmmaker, Moccia wrote “One Step to You” as a passion project in the late 1980s, when he was working as a television writer. “It was my tiny island of freedom,” he said.

It chronicles the romance between Step, a wealthy young man wasting his days in brawls and races on his Honda motorbike, and Babi, a Vespa-riding senior at an elite high school. It has been likened to the novels of Nicholas Sparks and John Green, but “One Step to You” offers American readers a glimpse at parts of Rome far from the Trevi Fountain, with equal parts dolce vita and melodrama. When a heartbroken classmate contemplates suicide, Babi reminds her why life is still worth living: “Don’t forget pastries from Mondi, pizza from Baffetto or gelato from Giovanni.”

During Moccia’s television writing days, two of the series he worked on came to define the aesthetics of Italy’s commercial TV at the end of the 20th century. “I Ragazzi Della Terza C” followed a handful of teenagers in their senior year at a Roman prep school. The glossier “College” chronicled the flirtations and pranks between the cadets of an all-male military academy and the students at a women’s college.

The shows were part of a sparkly revolution propelled by the ascent of Silvio Berlusconi as a media mogul. For decades Italian TV was monopolized by austere state-owned channels airing educational content, but that abruptly changed when Berlusconi introduced lighter-hearted shows. With his book, in a way he felt he couldn’t do in his screenwriting, Moccia could weave together the highs and lows of Rome at that moment.

“I wanted to tell a story of what it was like to fall in love for the first time in the Rome I grew up in, which was a violent place,” he said.

Like much of Italy, Rome experienced an economic boom in the 1980s, but it was accompanied by politically motivated street violence. “You’d go out for a ride in your Vespa and never knew if someone would beat you because you were wearing the wrong kind of clothes,” Moccia said. But he didn’t want to write a political novel, so he took the ideology out and presented Step as a grief-stricken young man whose violence stems from frustration.

For years Moccia could not find a publisher. Even though romance and young adult fiction in translation was widely read, he was often told that a mass-market romance written in Italian would have no market. In 1992 he settled for a small publisher that charged him 3 million liras (about $3,000), to print 3,000 copies. They sold immediately, but the publisher closed before it could issue any reprints. “My dream went back in its box,” Moccia said.

He didn’t know, however, that photocopies of the novel were circulating, eventually gaining cult status among Roma Nord teens. One such reader was Margherita Murolo Comencini, who as a high school student in 2003 brought her copy to her uncle, Riccardo Tozzi, a movie producer who had started his own production company a few years earlier.

“I told him, this might work, my girlfriends and I are passing it to each other,” she recalled. “For us it was like a ‘Grease’ about our generation.”

Tozzi started working on a cinematic adaptation and helped Moccia broker a deal with the publisher Feltrinelli. “One Step to You” was released in a new edition in 2004, the same year the movie version came out.

The film, in Tozzi’s words, “went well, but not exceptionally well.” But the book made a splash, selling more than 1.2 million copies. “We were overwhelmed by its success,” said Alberto Rollo, Feltrinelli’s editorial director at the time. “Suddenly we had reached a new public, that went well beyond that of usual book readers. It was uncharted land.”

“Two Chances With You,” the sequel, revolves around Step and his new love interest, the independent and strong-minded Gin. “Three Times You,” the final book in the trilogy, follows the three characters into adulthood, with Step happily settled down with Gin and a child on the way — but still holding feelings for Babi.

Today Moccia is considered one of the writers who shaped Italian millennials’ coming-of-age literature. The books are largely set in Parioli, an upscale neighborhood in the northern part of Rome, and “Roma Nord” has now become a metonym for “glitzy,” and “pariolino” slang for preppy.

He is a divisive figure in Italy, where, as the critic Mariarosa Mancuso put it, “We don’t have the concept of entertainment literature because there’s this idea that books shouldn’t entertain people.” In some circles, mocking Moccia is a common pastime.

“Every time I write, a Moccia book self-ignites,” Willie Peyote, an indie rapper, rhymes in “Peyote451.” When he gave a speech at a Roman university a decade ago, Moccia was heckled by students. A neologism, “moccismo,” was coined, usually as a derogatory description of youth-oriented books and movies.

The writer is unfazed. When he started working on “One Step to You,” he said, “I just wanted to write the book I would have loved as a reader.”