The first sentence of a novel has a lot riding on it. In Avni Doshi’s debut novel, “Burnt Sugar,” that first sentence is: “I would be lying if I said my mother’s misery has never given me pleasure.” It is wonderfully striking, direct and confident, and devilishly funny. Such a voice, from a woman, rarely makes it onto the page. Women are often made to sound nice.

The novel, which takes place in Pune, India, and was a finalist for the 2020 Booker Prize, is also about mothers. Mothers are often reliable figures in fiction — there to comfort, to encourage, to make things better or to say that they will be even if it is not true. But not this one.

The first time we hear the voice of this mother, whose mouth is described as “open, shapeless like a paper bag,” she says, “I cannot believe that any child of mine could have such bad handwriting.” This is not an affectionate joke. The mother is referring to notes left in her flat by her grown daughter, meant to help with her memory, a sort of exercise or “occasional rehearsal.” Yet rather than focus on her own health, the mother criticizes her daughter’s handwriting. To look elsewhere is to see herself, and that is not where she can go.

The woman has been forgetting. She “forgot how to pay the electricity bill and misplaced her car in the car park below her flat,” “forgot the name of the road she has lived on for two decades” and asks “to phone friends who are long dead.” But she never forgets to tell the stories that humiliate her daughter.

Her doctor “lays the map of her brain against a plate of light. He analyzes shades and patterns, and looks for black holes. She has the brain of a young woman, he insists, a brain that does what it’s supposed to do.” And yet she is forgetting. 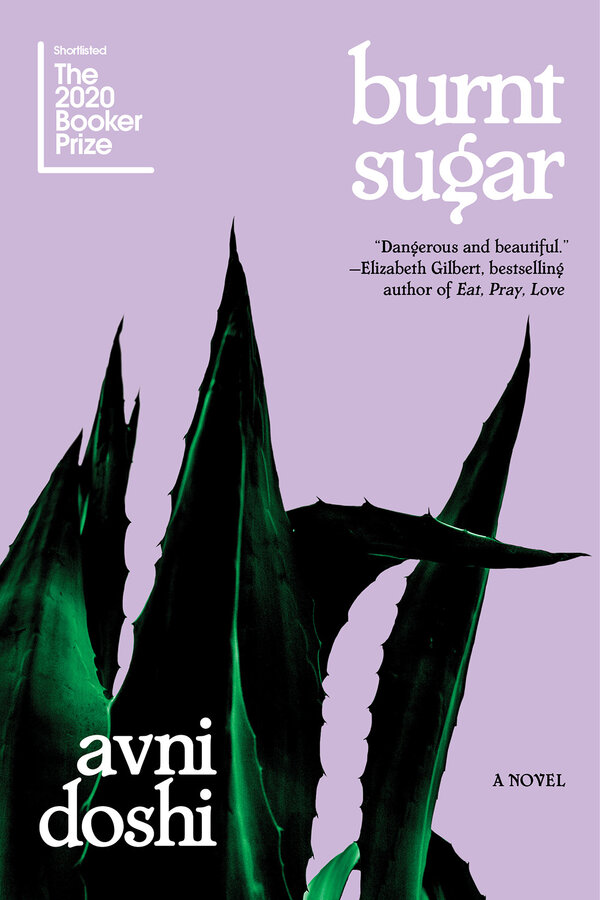 The doctor describes memory as “a work in progress. It’s always being reconstructed.” He also delivers the bad news to the daughter: “You’ll never know if the memory is real or imagined. Your mother is no longer reliable.” This is not a devastating blow, as we know that not being reliable is nothing new for this mother.

The daughter, whose point of view we follow through the novel, is named Antara. Her mother’s name is Tara. This visual and auditory proximity — one name built from the other — is a lovely example of how Doshi works. There is an order, a symmetry, to the mother-daughter relationship, like the drawings that Antara makes, which “diverge from the originals.”

And who is Antara? The people we surround ourselves with tell us who we are all the time. When she is a child, an adult tells her: “You’re nobody. Your own mother barely looks at you.” Once she is grown, a friend’s husband threatens to put a cigar out on her face. Her own husband, Dilip, tells her, “You aren’t an authority.”

When she reports on her mother’s state to her father, who has remarried and has a new family, hoping he might offer to help, he says: “It’s a shame. … I would like to be involved, but none of this was my idea.” The word “idea” here does so much work. The father’s use of it is imprecise and irritating, but his carelessness is deliberate and revealing. Doshi doesn’t have to write out a scene to convey drama; she can do it with a single word.

Antara is an artist who makes art that no one wants and keeps at it anyway. Her art consists of drawings of objects from her collection — “tungsten bulbs, batteries, cords, pens, stamps, coins,” “dead insects” and “moths fossilized in wax” — as well as, more recently, a daily drawing of a man’s face, each day’s version meticulously copied from the previous day’s, down to “the careful shading, the exact thickness of line.”

After Antara’s mother calls her a “professional liar,” Antara’s husband says: “Well, isn’t that what you make art about? About how people can’t be trusted?” Her mother insists that Antara stop making art, and after attending an opening where Antara’s drawings are shown tries to hit her with a rolling pin. Mothers always have their say.

Which brings me to what “Burnt Sugar” is really about: becoming an artist. When Antara’s husband, betraying how little he understands her, says she can make art in their guest room because he likes the idea of her “being at home all day,” she isn’t afraid to push back. She isn’t afraid to ask, “Why couldn’t I make the kind of art I wanted?”

Avni Doshi isn’t just a talented writer, she is an artist. She knows the difference between a line and shade — both start the same way, but intention and style inform their difference. Doshi’s sentences are sharply drawn and devastatingly precise. There is never a wasted word, no debris, no flourish to hide behind. A voice this unadorned, and blunt, is so hauntingly stubborn and original, you want to hear from it again and again.