He Spent 14 Years at Guantánamo. This Is His Story. 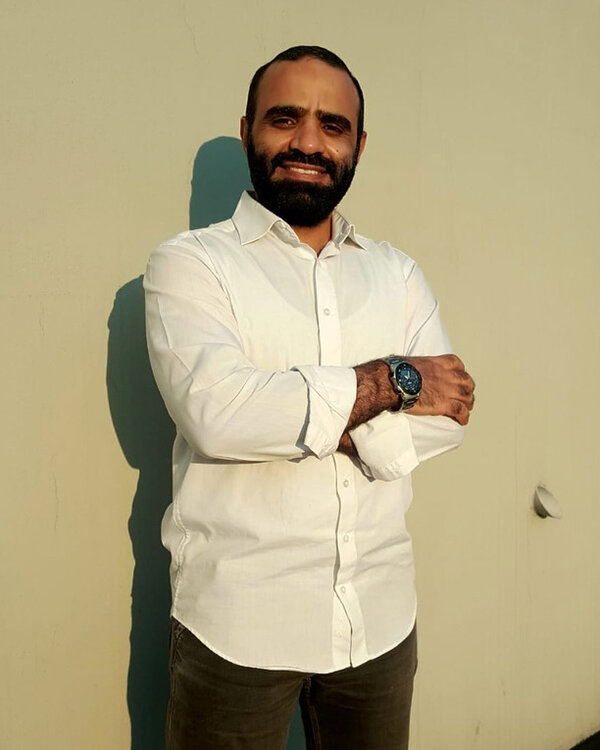 As he tells it, Mansoor Adayfi was an innocent 18-year-old former goat herder and security guard from Yemen who was doing research in Afghanistan when, after the terror attacks of Sept. 11, 2001, Afghan fighters ambushed his truck, kidnapped him and handed him over to the C.I.A. for a hefty cash bounty.

At a black site in Kandahar, he and other men swept up by the Americans were stripped naked, beaten, piled on top of one another and interrogated about their links to Al Qaeda. Then they were bound, hooded and flown to the newly opened and soon-to-be-notorious detention camp in Guantánamo Bay, Cuba.

The 14 years Adayfi was held there frame the narrative of “Don’t Forget Us Here: Lost and Found at Guantánamo,” a searing memoir written with Antonio Aiello. Riven with indignation about his internment, Adayfi builds bonds with his fellow detainees, endures brutal beatings and disorienting stretches in solitary confinement, and organizes hunger strikes to protest poor conditions. The result is a starkly human dispatch from the messy and often unheard receiving end of the war on terror.

From the moment he arrives in Guantánamo, Adayfi is stripped of his identity, known only as Detainee 441. He struggles to convince his captors that he is not an older Egyptian recruiter for Al Qaeda, an identity he says he confessed to while being electrocuted in Afghanistan; he had hoped that doing so would stop the pain.

He casts himself and his fellow detainees as hapless victims of an unjust system set up to squeeze out information about Al Qaeda, Osama bin Laden and the Taliban from an international collection of Muslim men who don’t have the intel the Americans want. He says he heard about the Sept. 11 attacks on the radio in Afghanistan but didn’t have strong feelings about America.

“I was sorry to hear that innocent people had died, but I didn’t understand what that had to do with me,” he writes.

He is quickly overwhelmed by what he describes as cruel treatment by largely faceless American soldiers who seem more interested in exacting revenge for the attacks than in finding out who the detainees are and what they had or had not done.

The detainees are devout Muslims, and the soldiers’ disrespect for their Qurans, one of the few possessions they are initially allowed, sets off riots. They find it humiliating to walk to the showers naked, especially in front of women soldiers. The prison’s rules are strict and infractions like refusing to hand over your trash after a meal lead to raids by teams of guards who rain down punches, kicks and pepper spray.

Over time, Adayfi emerges as a leader in the prison resistance, organizing hunger strikes to protest the mistreatment of a fellow inmate or to push for better conditions. Singled out for particular scorn is Maj. Gen. Geoffrey D. Miller, the Guantánamo commander from 2002 to 2004, who, Adayfi writes, turned the facility “into an interrogation machine to chew up men,” where “everything seemed designed to humiliate and demean us.”

Adayfi and his colleagues respond by spraying General Miller with water, urine and feces when he visits their ward. That night, the guards put sedatives in the detainees’ dinner and beat them while they sleep.

Internment creates kinship among the detainees, whom Adayfi refers to as his “brothers.” They sing at night to comfort one another and pass the time, so the soldiers place vacuum cleaners around the wards and leave them running, drowning out songs and depriving the detainees of sleep. When the men lose too much weight during hunger strikes, the soldiers force feeding tubes up their noses with no lubricant, tearing their nasal cavities.

After numerous chapters of such descriptions, the violence begins to grate, but Adayfi provides glimmers of light. He befriends an iguana and names her Princess. He marvels at the hairy spiders and huge banana rats that scamper around the facility. He catches rare glimpses of the sky and the sea, which spur reveries about his past and future lives.

The detainees play jokes on one another or on the guards. They convince a conservative Afghan that Ensure, the white nutrition drink they are given, is in fact the breast milk of a blond American soldier. When new guards show up, the more seasoned ones prank them by writing warnings on particular detainees’ doors, calling one a “hand eater” and noting that others need to be read bedtime stories in order to sleep at night.

Adayfi has occasional breakthroughs with individual guards. He writes that the women are generally kinder than the men and that the Black guards sympathize more with the men’s predicament than the white ones.

But none of this dampens his outrage over his continued detention, and he blows up when called before an administrative review board in 2006. An unclassified government summary of the hearing quotes Adayfi as saying he considers it an “honor” to be an enemy of the United States, praising the Sept. 11 attacks and calling himself one of bin Laden’s “sons.”

In the book, Adayfi offers a watered-down version of that statement and tries to contextualize it, calling it less a declaration of ideology than an expression of desperation.

“I felt that no matter what I said, they wouldn’t release me or believe me,” he writes. “I wanted to teach them that they couldn’t kill us and torture us and expect us to love them for it. No. I wanted them to see what they had created.”

That episode illuminates the book’s biggest benefit and its greatest limitation. Throughout Guantánamo’s history, the knowledge the world has about the facility and what has happened there is only what has emerged from the long struggle between a government drastically restricting information on national security grounds and efforts by lawyers, journalists and human rights groups to pry out as much detail as possible. Adayfi’s voice adds to that knowledge because it comes firsthand from inside the walls. But I often wondered how much I could trust his version of events.

If his activities in Afghanistan or inside the prison had been more compromising, would he have owned up to them in his book at the risk of losing the reader’s sympathy? Where did his treatment fall on the blurry line between torture and “enhanced interrogation” techniques? Much of what happened inside Guantánamo remains classified, and most of Adayfi’s colleagues and their captors will never publicize their experiences. Certainly, General Miller is unlikely to publish his own memoir corroborating or refuting the claim that the detainees showered him with urine and feces.

In his preface, Adayfi says he hopes his story will “chip away at the stigma” of Guantánamo. But his book gives little indication of what he thinks now about Al Qaeda, its actions and goals. Nearly every detainee he mentions he says was “sold to the C.I.A.” Does he believe that none sought to harm the United States?

The mood inside the prison brightens when Barack Obama is elected president and announces plans to shut Guantánamo. Adayfi finally gets a lawyer. He improves his English by reading Men’s Health and “Around the World in Eighty Days.” He takes a computer class and imagines going to college once he’s released.

A new, permissive command takes over the base, but a brief, golden period of community libraries, detainee art projects and decorated cells collapses in a hail of kicks and punches when a stricter regime is restored.

By 2016, 14 years after Adayfi arrived in Guantánamo, the government still hadn’t charged him with a crime or ruled on whether his detention was even lawful. But a review board decided that he was not a threat to the United States and he was flown to start a new life in Serbia, the only option he was given, a country he had never seen. His narrative stops there, but the story of America’s failed effort to uphold both justice and security in Guantánamo goes on, through two more presidential administrations, up to today.