Has Wallis Simpson been cruelly misjudged by history? 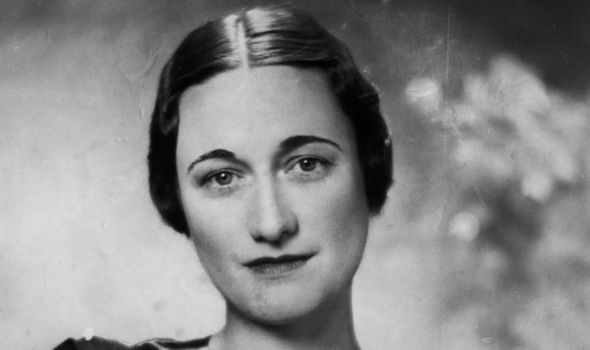 Wallis Simpson has always fascinated me. As a child, I pored over images of her in my granny’s Coronation book from 1937, the year Edward VIII should have been crowned but wasn’t. The villainess of the piece was the ruthless American social climber who had stolen England’s King. Everyone knew that.

I didn’t question this version of her story; why would I? She certainly looked the part in the photos; stroking a lapdog like arch baddie Ernst Blofeld in the James Bond films whilst sporting a vast emerald ring.

Fast forward to a couple of years ago when I was writing my first novel, The Governess, based on the true story of royal nanny Marion Crawford, the young Scotswoman who was governess to the Queen and Princess Margaret.

In the plot I constructed, Wallis Simpson appeared in a scene with Marion.

It was only meant to be a brief appearance, just a couple of lines, but she ended up taking over the whole chapter.

As with all my historical novels, I read everything about my subject I could get my hands on. And the more research I did, the less evidence there seemed for Wallis’s reputation as a heartless gold-digger who schemed to be Queen of England.

Many contemporaries — Diana Cooper and Chips Channon, to name but two — mention what a wonderful hostess she was, how every detail at her parties was perfection.

But they also say that she was nice to bores, that she noticed people with no-one to talk to and drew them in. It was this generosity and her lack of sycophancy that first attracted the Prince of Wales.

There was much speculation at the time, and still is, about what exactly he saw in her. She was attractive and stylish, but she was no great beauty. Unsavoury rumours circulated about her sexual expertise.

The simple truth seems to be that they just hit it off. Accustomed to being smarmed over from morning till night, Edward found her breezy American ways refreshing. She also encouraged him in his ambitions to modernise. “You’re the only person who’s ever been interested in my job, Wallis,” he told her.

They had other, darker things in common, too. As my research took me deeper into their backgrounds, I found that both were scarred by traumatic childhoods. Wallis had suffered poverty and insecurity as the daughter of a Baltimore widow while Edward’s royal upbringing, outwardly privileged, was in reality an insular world populated by cruel nannies, a chilly mother and a terrifyingly shouty father.

Both, too, had experienced addiction at its worst. Wallis’s first husband “Win” Spencer was a violent alcoholic whilst heroin drove Edward’s younger brother George to the brink of suicide. I was astonished to discover that it was Edward who saved him, nursing George back to health, sitting devotedly by his bedside night and day during the dangerous period of withdrawal.

Wallis, who had served her time at the bedside of an addict, would have understood as few others could have.

It is hard, once you know all this, to see the two of them as the selfish egotists posterity would have us believe. My softening feeling about Wallis was further bolstered by the discovery of what I think of as her “Cinderella years”.

Few people know that when she came to London in 1928 she was cold-shouldered by society as a penniless divorcee. But everyone knows that, a few years later, she captured the heart of the Prince of Wales.

So what happened in between? Some lonely and difficult years, is what. So the Wallis of my trilogy of novels about women who fell out with the House of Windsor is funny and kind.

Revisionism is addictive, and it wasn’t long before I started examining the abdication itself. As already mentioned, the traditional version is that the socially ambitious American used the King.

But was the truth in fact the opposite; that Edward used Wallis to escape his royal destiny? As the Prince of Wales, he never bothered to conceal how much he hated “stunting”, as he called public appearances. He complained about being “chained to the banqueting table as other men are chained to the workbench”.

Becoming king was a nightmare come true; he sobbed for a full hour on his mother’s diamond-encrusted bosom once his father George V had breathed his last.

He knew he was temperamentally unsuited to the throne and that others could do it better. Especially as, due to his childhood, I suspect he did not want children.

Given producing an heir is pretty much the main job of the monarch, this would obviously have complicated things. And so, when he realised that neither nation nor Establishment would accept a foreign divorcee as Queen, did he see this as an advantage?

Was the wrong woman in the eyes of Church, State and Empire exactly the right wife for him?

The more I read, wrote and thought about the events leading up to December 1936, the more logical this theory seemed. It explains what otherwise makes no sense.

Edward did so many strange things. He picked dangerous fights he knew he would lose, and deliberately sought the worst advice, keeping on the stuffed shirts from his father’s time instead of recruiting advisers of his own.

Moving reluctantly into a few poky rooms in Buckingham Palace, he did not even bother to have his boxes unpacked. It was if he knew he would not be staying long.

Most bizarrely, he insisted on marrying Wallis before his Coronation and not afterwards when his massive popularity would have meant he could do what he wanted. So why didn’t he wait a mere few more months, when he might have got away with it? Because he didn’t want to get away with it, is the only possible answer. He wanted out. But what of Wallis?

Popular belief has her plotting to ascend the throne too. But as I show in The Duchess, the second novel of my royal trilogy, I don’t think she ever expected to be Queen, or even to be Edward’s wife. Why am I so sure? Because Wallis had personally known his two previous mistresses and saw both dumped without warning.

He must surely have expected the same to happen to her.That the relationship continued when Edward became King was a surprise, but a rather bigger one was being made to divorce her estranged husband Ernest.

She planned to return to him once the royal relationship was over. But Edward, determined to drive them apart, waited until Wallis was in Paris to summon Ernest and order him to divorce his wife.

When Wallis returned, she was appalled to find her marriage over by royal decree.

Things were moving rapidly out of her control and I imagine that, as the abdication crisis gathered momentum, Wallis was increasingly appalled at the situation in which she found herself.

Too late, I suspect, she realised that Edward planned the whole thing.

This is the narrative I set out in The Duchess. Knowing that I was presenting her from a fresh angle felt timely; the idea that other “truths” lie behind controversial royal figures has never been more current.