RIDGEWOOD, N.J. — The thriller writer Harlan Coben has some free advice for anyone who cares to ask: “If it produces pages: good. If it doesn’t produce pages: bad.”

With 32 published books and an estimated 75 million copies in print worldwide, he has produced many pages during the course of his career. His 33rd novel, “Win,” will be published by Grand Central on Tuesday. He recently added streaming media to his portfolio in the form of a 14-project deal with Netflix.

For all his success, Coben, 59, remains as unfussy as his favorite writing tip. A 6-foot-4 former college basketball player with a Bic’d head and an oeuvre full of kidnapping, murder and narrative twists, he is also a menschy suburban dad who likes to talk about his four children and dotes on his two shaggy Havanese, Winslow and Laszlo, who trail him around his New Jersey house like eager little mops.

“You meet him, and he’s really tall and maybe a little intimidating,” said his eldest daughter, Charlotte Coben. “But I’ll walk down the stairs, and he’ll be lying on the floor with the dogs around him going, ‘Who’s the cutest dog in the world? Who’s a puppy? Who’s a puppy?’” 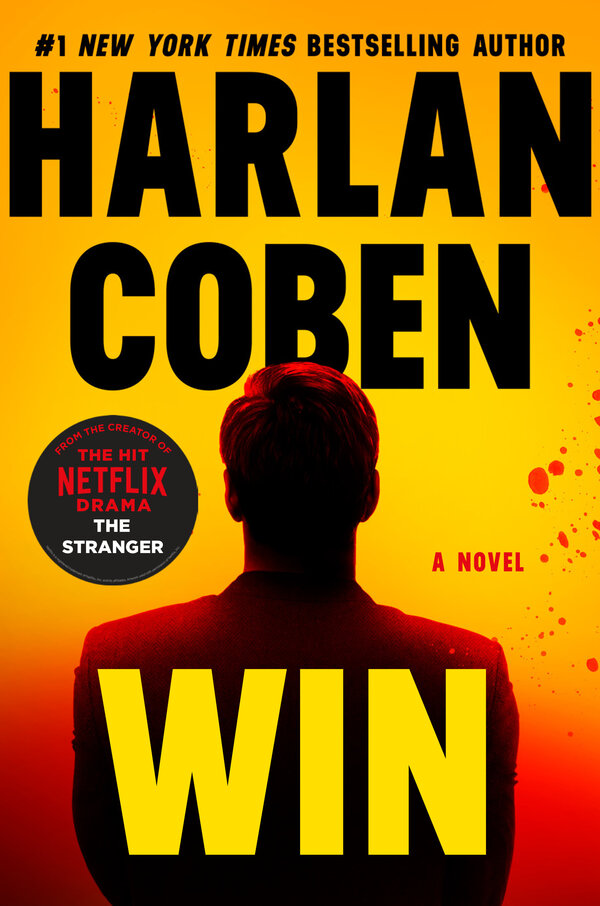 Harlan Coben met his wife, Anne Armstrong-Coben, when they were starting power forwards on their respective teams at Amherst College. (“She was better than I was,” he said.) They celebrated the 39th anniversary of their first kiss on Feb. 10.

They married in 1988, and about a decade later moved to an old Victorian in Ridgewood. The gray and white home is accented with friendly touches of royal blue, but from the curb it still looks like it could be the set for a vintage horror movie. (When you Google “Victorian houses,” one of the related questions supplied by the algorithm is: “Why are Victorian houses so creepy?”) The house was maybe a little “on the nose” as a place for a mystery writer to live, he said, but he and his wife bought it anyway and have lived there ever since.

Because Armstrong-Coben is a pediatrician — today, she is also a senior associate dean for admissions at Vagelos College of Physicians and Surgeons at Columbia University — before the pandemic, she had a daily commute. Coben stayed home, so he drove the kids to school, picked them up and took them wherever they needed to be.

And in between, he would write.

“I’m not great at writing in the house, though I’m better now,” Coben said in an interview last month, nearing the one-year anniversary of the Covid-19 shutdowns in the United States. “I would take them off to whatever school, and then I would find a coffee shop or a library or any weird place. I keep changing places. Most writers have a set routine, a set place. My routine is to not have a routine.”

While one of his sons was in high school, Coben spent six months writing at a Stop & Shop deli counter with a coffee stand next to it. “I came home smelling like olive loaf,” he said, but the pages were good. For his book “The Stranger,” he spent three weeks taking Ubers everywhere he went because he found he was writing well in the back seat. He finished the book that way.

“I like to ride a horse until the horse collapses, and then I look for another horse,” he said.

Coben starts each book with an idea, rather than a character, and by the time he sits down to write, he already has the ending in his head, a habit that he said allows him to plot out better surprises for the reader. He takes about nine months to write a novel, with the ending often pouring out of him because he has imagined it for so long. He said he wrote the last 40 pages of “Win” in a day.

“Win” is a new spin on an old franchise for Coben. The title character, Windsor Horne Lockwood III, has been the sidekick in Coben’s 11-part Myron Bolitar series since the first of those books was published in 1995.

Coben describes Myron as “me with wish fulfillment.” They are both tall Jewish guys who play basketball, he said, but Myron is funnier, better on the court, smarter, stronger. The character of Win was originally modeled on Coben’s best friend from Amherst, a handsome blond who was a member of all the right golf clubs.

In the new book, Win acts as a rich vigilante untangling a murder mystery that has ensnared his extended family. It is peppered with Coben’s customary bombshells and surprises, from dark secrets to a fearsome gangster who has lost his taste for revenge, and that page-turning special something that keeps readers up too late.

Coben tries to stick to a schedule of publishing at least a book a year, a timetable he has kept up even as he’s added a new dimension to his working life: TV and streaming. In addition to Netflix, he has deals with Amazon Studios, MGM International and Apple.

The Netflix deal takes advantage of Coben’s international appeal. He sells more books abroad than in the United States, he said, and is one of the biggest contemporary writers in France, period, according to his agent.

“I’m the Jerry Lewis of crime fiction,” he proclaimed from the sunroom at the back of his home, Winslow and Laszlo asleep in warm patches of light near his feet.

His 2007 novel “The Woods” (as Coben described it, “20 years ago, four kids disappeared, and now one of them comes back”) became a show on Netflix Poland last year. “The Innocent,” from his 2005 book about a former inmate’s attempt to shed his past, was produced by Netflix Spain. “The Stranger,” from 2015, was produced by Netflix in the United Kingdom, as was “Stay Close,” from 2012, which is filming now.

Coben is an executive producer on these shows, not a writer, but his daughter Charlotte has written for “The Stranger” and “Stay Close.” “Adding that professional aspect was a lot easier than I think either of us expected,” she said of working with her father on the Netflix shows. “He’s so supportive of my ideas, but not the bad ones. I appreciate that.”

Larry Tanz, who oversees Netflix’s original programming for Europe, the Middle East and Africa, said that most people who have achieved Coben’s level of success tend to surround themselves with associates and handlers who get things done. But Coben does the work himself, Tanz said. He comes up with the ideas, he watches the rough cuts of scenes, he joins the phone calls.

“He’s very flexible, and you don’t see that a lot with creators of his stature,” Tanz said. “There’s quite a lot that gets added or modified from the original book, and Harlan is always like, ‘Great, I love it!’”

“Stay Close” started filming in the north of England last month, Covid protections and all. Coben regularly jumps on calls to field questions from actors or the writers’ room, even as he works on his 34th novel. “It does not get easier,” he said from behind a black mask decorated with a pink, red and white XO pattern.

“Every book I write, I still say, each time, ‘This book sucks, and the one I did before was great. How did I lose it?’ And then five minutes later, I’m like, ‘This book is great!’” he said. “All that insecurity goes on and on and on. I don’t think that’s ever going to go away. I think when that goes away, it’s probably time to stop.”