Girl racer who's quite good at tennis, too

Girl racer who’s quite good at tennis, too: Mike Dickson follows the life of Emma Raducanu

I have always admired the authors of books like this: quick biographies of newly minted sports stars, written in a trice and published in a jiffy.

There’s very rarely anything to write about, because the newly minted sport star usually hasn’t done very much, but this one is an exception, for two reasons. One is it is written by the Daily Mail’s own tennis correspondent, Mike Dickson, who is so steeped in the sport he actually lives in Wimbledon. 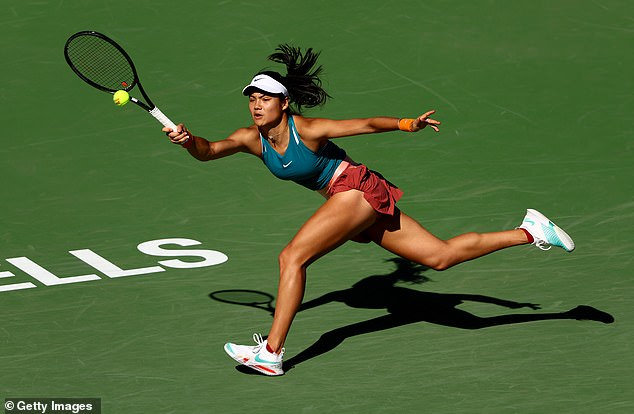 After the U.S. Open Emma Raducanu (pictured) was offered a drive around an F1 circuit. Mike Dickson writes about her extraordinary success at the U.S. Open

The other is that his subject is Emma Raducanu, who is probably the most engaging sports star to appear in a generation and whose victory at the U.S. Open last autumn still takes the breath away.

The idea that she had appeared ‘from nowhere’ is swiftly pooh-poohed by Dickson, who had heard rumblings about this young player with exceptional skills and, possibly more important, a rock solid temperament for some years.

He has talked to everyone, and you won’t be surprised to hear that no one has a bad word to say about her. All her coaches admire and respect her dedication, her hard work and her swift mind, which identifies her own technical problems and opponents’ weaknesses like a laser-guided missile.

She also comes over as a genuinely sweet kid, with wonderful supportive parents and a whole raft of outside interests. Who would have guessed, for instance, that Raducanu is obsessed with Formula 1? 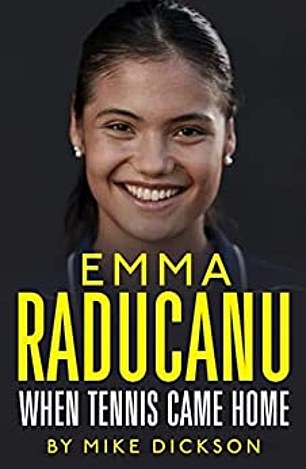 After the U.S. Open she was offered a drive around a Formula 1 circuit, sitting in the passenger seat as some maniac drove her at 160mph, and she couldn’t have enjoyed it more.

The book starts slowly, as her life did, through any number of minor tournaments, and it’s not until page 67 that we reach the fateful year of 2021.

Dickson charts her gradual improvement and rise up the rankings, until she reaches Wimbledon, then in the throes of lockdown, with social distancing and (intentionally) sparse crowds. Raducanu roars through to the fourth round, at which point she is forced to retire with ‘breathing difficulties’.

Although a huge number of loud-voiced men weighed in against McEnroe on Twitter, Raducanu did not contradict him.

‘I found it very difficult to regulate my breathing,’ she told the BBC’s Sue Barker. ‘I don’t know what caused it. I think it was a combination of everything that has gone on behind the scenes and the accumulation of the excitement and the buzz.’

It had been, she added, the best week of her life and a great learning experience. And it had made such an impact with the public that her Instagram followers went up from 2,000 to 255,000 in that week.

Dickson writes about her extraordinary success at the U.S. Open, where she didn’t lose a set during the entire tournament, with his customary style and grace, and even if you know the story backwards, you’ll be moved yet again by what amounts to a modern-day fairy tale.

I read quite a lot of it in the pub and found myself dabbing my eyes more than once. People will be telling this story in 50 years’ time and it will have lost none of its power.

What happens next for Raducanu? In a way, it hardly matters. She might win countless majors and forge a career as one of the greats of the game, or she might fade away, as so many players do.

But the purpose of this book is not to dwell on an unknown future, rather to allow us to relive a wondrous recent past.