What exactly was the point of the entire mystery around Jon Snow’s birth? Books fans had laboriously pieced together Martin’s clues and figured out the lad was secretly the child of Ned’s sister Lyanna and Rhaegar Targaryen. He is the true heir to Ice and Fire. The HBO show duly made the big revelation (which still has not actually been confirmed in the books) and then… did absolutely nothing with it. However, some clever fans have pointed out that Jon has already fulfilled another ancient Ice and Fire storyline.

The Starks and Targaryen were truly ice and fire and mixed as well as oil and water.

Historically, the Kings in the North had little to do with the rest of the Six Kingdoms and not much changed after the Targaryen invasion.

However, the Starks entered the Game of Thrones in the tumultuous period following the death of King Viserys I Targaryen in 129 AC, which plunged Westeros into yet another bloody struggle for the throne.

The period known as the Dance of the Dragons saw LordCregan Stark support the claim of Rhaenyra Targaryen as Queen of the Seven Kingdoms.

Her son, Prince Jacaerys Velaryon had dramatically flown to Winterfell on his dragon Vermax to broker a deal.

In return for Stark support, he promised that the next born Targaryen princess (at the time expected to be his future daughter) would marry Cregan’s son, Rickon.

The agreement was known as the Pact of Ice and Fire.

Naturally, nothing ever goes to plan in Westeros… 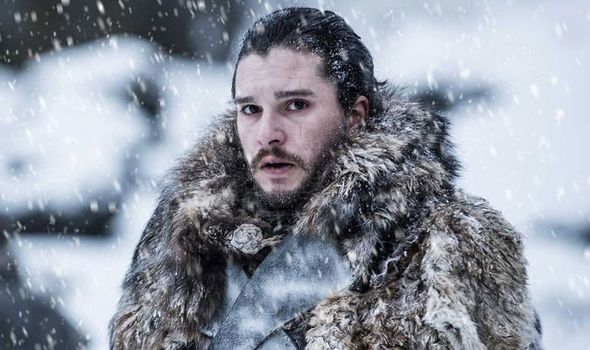 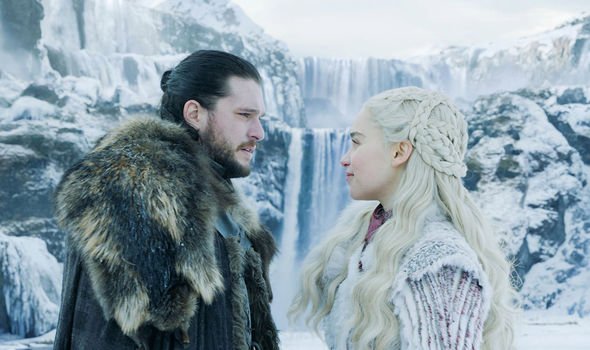 In the chaos that followed, Westeros was plunged into civil war between two Targaryen factions claiming the throne for Rhaenyra and her brother Aegon. Both, at one time, sat on the throne. Both were killed, as was Jacaerys.

Towards the end of the war, Cregan and his forces stormed Kings Landing and he actually held court there for six days, before Jacaerys’ half brother Aegon took the throne. In the end, there was no Stark Targaryen union… for another 150 years.

Not only does the whole period link directly to Jon Snow’s parentage, but it also marks the end of dragons, before their reappearance with Daenerys and Jon.

Game of Thrones: Arya is WRONG about what is West of Westeros

Game of Thrones: Arya will NOT do this in final book A Dream of Spring

Game of Thrones books: Jon Snow was NEVER heir to the Iron Throne 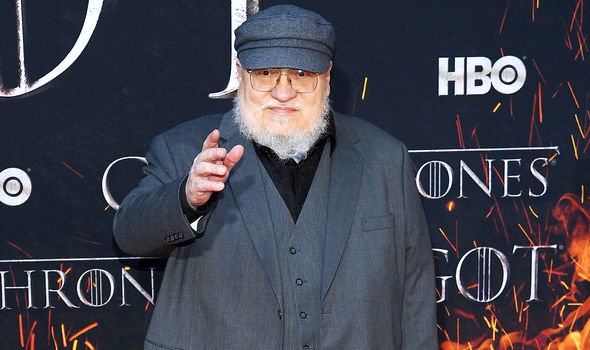 Aegon III died young at just 36, but is remembered by many monikers, including the final one ‘Dragonsbane.’

His mother and her enemies had all used their dragons to inflict terrible damage, ending with Aegon II feeding Rhaenyra to his dragon, Sunfyre.

Aegon had also lost his own dragon, Stormcloud, when he was just nine years old after their very first flight together. Stormcloud had saved him from an attack, and flown the boy to safety, dying of his wounds afterwards.

The time of dragons, it seemed, was over.

There had been twenty alive at the start of the civil war.

Only four survived, three of them had become feral – Sheepstealer, the Cannibal, and Silverwing. The fourth, Morning, died young.

Aegon himself never flew or took another dragon again and was reputed to have no love for dragons. The last dragon egg hatched during his reign and was a small, stunted and sickly female. Unable to fly, she laid five eggs, none of which hatched.

Just as the Pact of Ice and Fire lay dormant for 150 years, so too did the dragons…