From penniless traveller to green energy tycoon, Dale Vince tells all in Manifesto 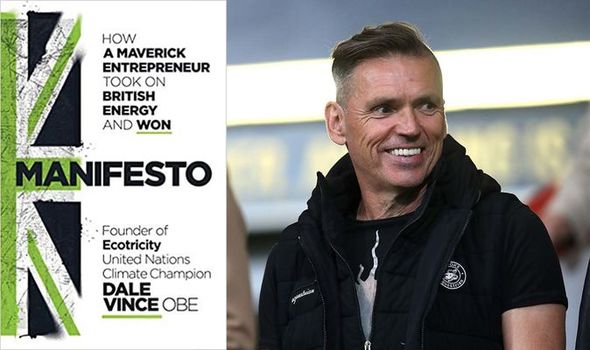 Dale Vince has led an extraordinary life, transforming himself from a penniless New Age traveller to a green energy tycoon with an OBE and a business worth more than £110 million. After leaving school at 15, Vince lived hand to mouth for many years. But when he built a wind turbine to power his own electricity, he realised he had the power to be a force for change. His company Ecotricity now supplies thousands of UK homes with green electricity.

In this often riveting audiobook, partly narrated by his friend Chris Packham, Dale tells the story of his life as a changemaker. It’s a life full of conflict (from clashing with police at the Battle of the Beanfield to taking on Elon Musk in a tense legal battle) but also remarkable achievements (transforming a football club into a vegan, sustainable venture, and producing the world’s first diamond made from atmospheric carbon dioxide).

In the final chapters, Vince delivers a fiery, poignant call to action to tackle climate change: ‘Renewable energy can actually give us energy made here, from our own natural resources. We can end our dependence on foreign energy companies and countries, on global energy markets…We get freedom, jobs, a bigger, stronger economy.’