THE GOOD HAND
A Memoir of Work, Brotherhood, and Transformation in an American Boomtown
By Michael Patrick F. Smith

Who is “The Good Hand,” Michael Patrick F. Smith’s memoir about working in the North Dakota oil fields, for? Those seeking points to make across our political divides will not find a condemnation of the oil business; a celebration of the oil business; an explanation of how fracking works; an exposé of reckless oil-field behavior; a sociological analysis of Smith’s often rough, always Republican co-workers; or “Hillbilly Elegy” nostalgia for a rollicking, dip-spitting way of life. Before his nine-month stint as a “swamper,” assisting in the rigging up and down of drilling and auxiliary equipment at a well site, Smith was an actor, musician and playwright, with Brooklyn liberal politics to match.

Readers who come to “The Good Hand” previously uninterested in moving equipment — which is, well, everyone — will also find a memoir padded in front, bumpy in Smith’s self-portrayal as both a quiet watcher and an “adrenaline freak” and short of the redemptive transformation sold by the book’s subtitle. Smith’s life was more off the rails after he returned from North Dakota. 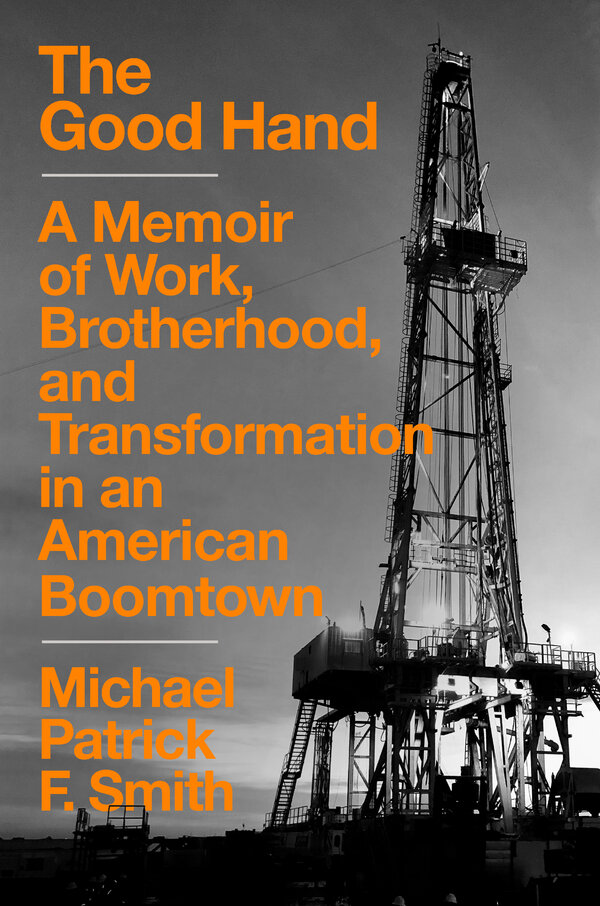 This, in other words, might be a book that pleases no one.

And yet, after Smith finally starts working in the oil field, in June 2013, the memoir tightens its grip with its depictions of action and men. Smith brings an alchemic talent to describing physical labor, which comes with numb fingers, swinging cranes, precarious footing, damp boots, hooks, chains and extreme cold. He not only writes work scenes with precision but also treats precision itself with reverence: Understanding and doing the job precisely allowed him to triumph over his own softness, ignorance and fear. A negative-38-degree day was “one of the best days of my life,” he writes, and it also provides the best chapter in the book.

With a playwright’s talent for dialogue, storytelling in miniature and staying out of the way, Smith writes dozens of scenes of men moving, joking and endlessly talking — there are few stoics here, or women — in pickups, sublets, job sites and bars. “I’m a good listener, and I’m not quick to judge,” he writes of spending time with the veteran professionals, local residents and drifters in the last days of the Bakken oil boom. Smith never excuses what he heard and saw: homophobia, misogyny, racism and not-too-regretful boasting of past crimes. But he doesn’t define the men by that either. He focuses throughout on actions, of his oil-field “brothers” like Huck, a charismatic giant with a fantastic knack for trouble, and of his real family, marked by bad luck and a bad father. By doing so, he refuses to spoon-feed us judgment; his writing keeps people alive in their histories, talents, humor and mistakes.

There is a unifying principle in Smith’s depictions: the good hand, from oil-field slang for a worker. “A good hand,” Smith writes, “shows up early. He is present. He listens. A good hand carries the heaviest load every time, takes on the dirtiest, most difficult task and doesn’t complain. A good hand makes the hands around him better.”

“No one is a good hand all the time,” Smith qualifies. And that is the essence of his book. It does not recount catharsis or much transformation. It brings instead perspective, on how people, including Smith, can sometimes rise above their worst selves through unglamorous, demanding, difficult work. That perspective is a morality, and a relief in a world quick to dismiss, quick to divide and quick to believe that American work is now only about collecting data and selling knowledge. And so maybe by writing a book that pleases no one, Smith wrote a book that should be read.