How to beat fear and win a fight! She’s protected four U.S. presidents and nearly died rescuing people on 9/11 – Now this fierce former Secret Service agent is teaching the rest of us how to take on the world

She’s not a woman to mess with, Evy Poumpouras. A former U.S. Secret Service Agent blessed with spectacular looks, who has worked in the security details for four former presidents, she knows of what she speaks.

She was on duty at the Secret Service’s New York HQ at the World Trade Center during the 9/11 attacks, and became one of only five women to receive the Medal of Valor. She nearly died trying to drag people to safety as the towers came down, and her account of the September 11 attack makes a heart-stopping opening.

And she has put it all down here in this diverting book, part memoir, part hugely entertaining self-help manual for these tough times, packed with gripping anecdotes from her many years in the service. 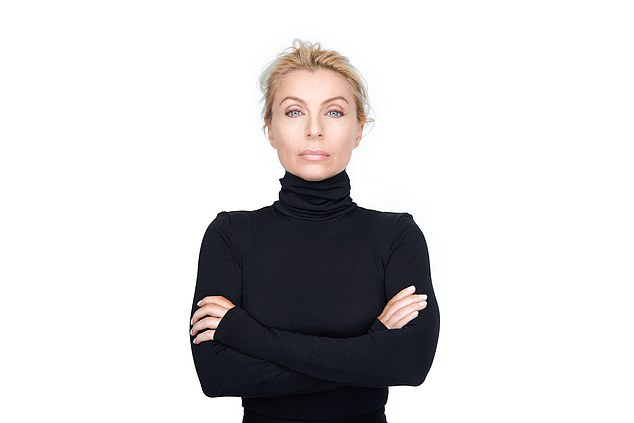 Remember the Clint Eastwood character in the movie In The Line Of Fire — the only Secret Service man who can save the President, running alongside the limo in suit and shades? Now we can find out what that’s really like.

And it can be quite fun, it seems, aside from the punishing shifts and the ever-present threat of danger.

Ms Poumpouras was on protection duty for the First Lady Hillary Clinton when she decided to join the Gay Pride March in New York. As Ms Poumpouras follows behind, the crowd catch sight of her in her dark suit, white shirt, and impenetrable sunglasses (an outfit specifically designed to intimidate, we’re told) and begin to cheer: ‘Ooooh girl! You go with your bad self, Miss Secret Service thing. You keep our girl Hillary safe.’

Ms Poumpouras was secretly pleased: ‘I couldn’t help smiling on the inside. I was proud to be there, to be part of what she was doing.’

She’s very likeable, is Evy. Agreeably prone to a four-letter word (she’s a Greek-American New Yorker after all, brought up in Queens), and as a former specialist in the polygraph (lie detector) unit for the service, she is very smart on the many subtle verbal clues that should make all listeners’ antennae twitch.

They range from what she calls the emphatic denial: ‘I would never do such a thing’ — via the catastrophic event: ‘I’m sorry I couldn’t finish that: my aunt died’ — to a matter of trust. ‘Whenever you hear someone saying “Trust me, I know what I’m doing” — that is usually the last thing you should do.’ Her book began with an idea: ‘How to create inner strength and mental resilience. How to become powerful when we feel powerless. How to protect ourselves mentally and physically. How to harness fear and prevent panic.’

And this is a girl who, as a teenager arriving back at home with her mother, saw there was an intruder inside their house and set off after him. The intruder didn’t stand a chance. 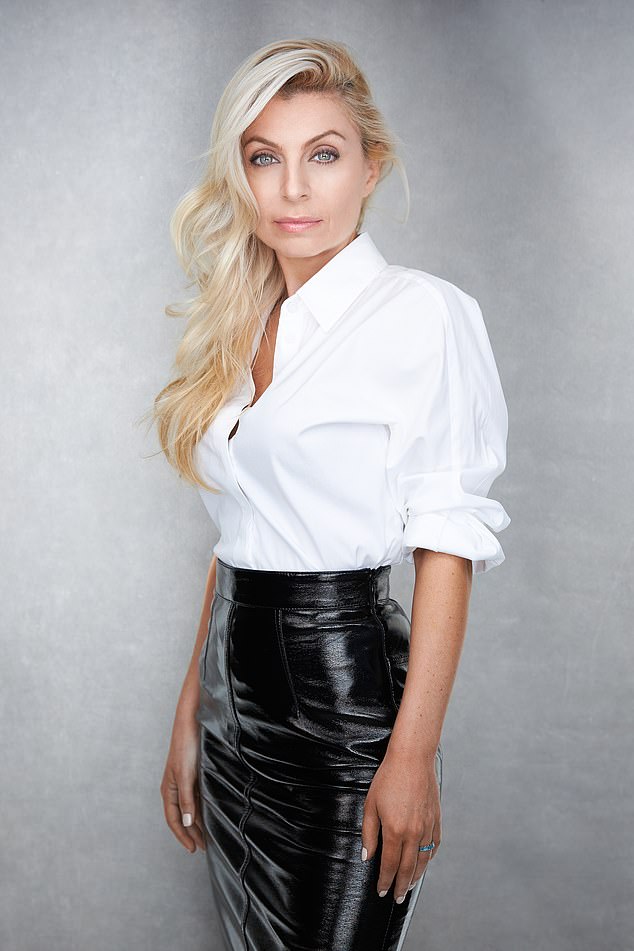 Evy (pictured) recommends presenting yourself with an air of vigilance and assurance, when out in the world

I originally thought this was a book for a U.S. audience rather than a British one. In America, being quite literally bulletproof might seem sensible; less so over here, surely. Do we really need to know how to plan an exit from a restaurant in the event of an attack? (Make sure you know where another entrance is, sit with your back to the wall, and be willing to go against the herd if there’s a rush to the doors: that’s what to do).

Then you remember the recent terrorist attacks on restaurants and bars at London Bridge. So maybe we aren’t so immune after all.

And the lessons are universal: don’t let yourself be bullied — predators (whether on the streets, at work, or even in relationships) like to pick on someone they think they can beat. So make sure they won’t. The predators are usually the ones full of self-doubt and fear.

When we’re out in the world, she advises us, ‘Present yourself with an air of vigilance and assurance. Walk with your shoulders back and head up. Don’t be afraid to make eye contact with people. And if something doesn’t feel right, don’t neglect it.’

Then if all else fails, learn how to fight, with ‘a few moves designed to distract or injure an attacker long enough to give a person time to escape. A violent strike to the groin. A swift kick to the shin. A hard punch to the throat. Or jamming a finger in the eye. Swift, violent and fierce — using elbows and knees when possible. Move and strike and run.’

The best advice she can give, she says, is to sign up for a martial arts or boxing class. As I mentioned, she’s not a woman to mess with. 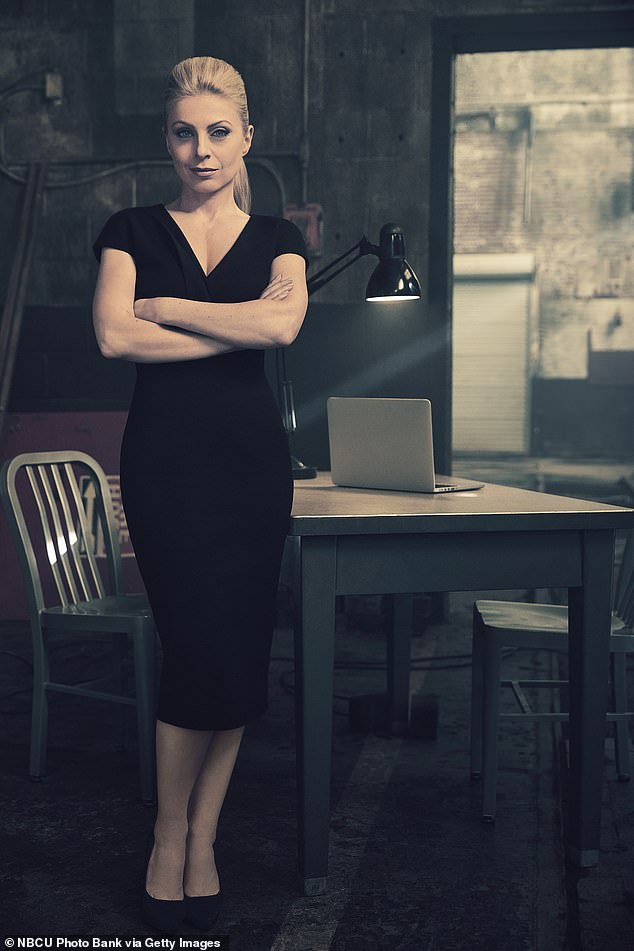 Evy (pictured) claims fear is a healthy and natural response to a perceived threat, but panic is the real danger

Don’t worry about fear, she says. Fear is a healthy and natural response to a perceived threat. It’s panic that is the danger: panic causes us to lose control of our faculties. ‘When we panic, we can’t think, reason, process or plan.’

Some fears are natural: ‘The fear of falling is hard-wired into us from birth; loud noises we equate with danger . . . that’s why we jump when a car backfires.’

Most other fears are learned: in the U.S. more than half of all teenagers were concerned that a shooting would happen at their school.

This is despite the fact that, even in America, the chance of a student being killed by a shooter is about one in 614 million — less likely than the chances of being struck by lightning (one in 1.2 million). 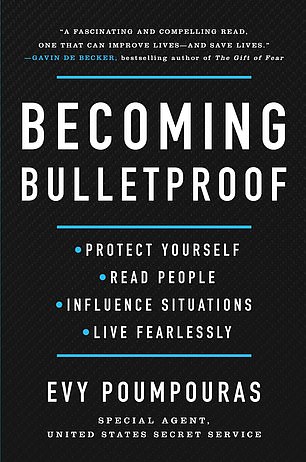 So work out what you are afraid of and deal with it. Above all be aware of the 3Fs of fear — Fight, Flight or Freeze.

This is the body’s physiological response to an unexpected situation. It’s you — but a heightened version of you, more aware and alert.

Ms Poumpouras’s go-to response is, she cheerfully admits, to fight; to run towards danger rather than away. And I suspect many of us are very grateful to her for it.

One of the incidental pleasures of this book is that like all good Greeks, Ms Poumpouras is very proud of her heritage.

‘Of course I was groomed from birth to believe that everything in the world originated from Greece,’ she says, only partly tongue in cheek — and decorates each chapter with a punchy homily from one of her ancestral homeland’s ancient big shots.

Typical is this from Plato: ‘Courage is knowing what not to fear.’ But whether it is advice from ancient philosophers or a modern Secret Service woman, there’s plenty in this book to stiffen the sinews in what I am afraid is becoming an over-fearful and risk-averse world.