A former Australian Border Force commissioner sacked by the Coalition government under controversial circumstances is Melbourne University Publishing’s first author to publicly tear up a book contract, citing concerns over the publisher's willingness to back him.

MUP was due to next month publish Tour de Force, Mr Quaedvlieg’s book on his career.

The publisher promoted the manuscript as a "raw political expose" that would shine a light on Australia’s "corridors of power". MUP said the book would dissect "whose interests were served by his spectacular sacking".

But on Tuesday Mr Quaedvlieg told The Age and Sydney Morning Herald  he had asked MUP to cancel his contract. The publisher has agreed to let him go. 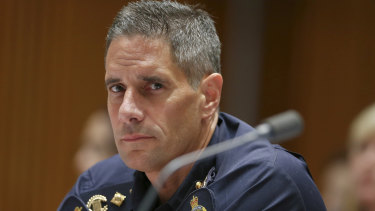 Mr Quaedvlieg said his decision was the direct result of the resignation of high-profile chief executive Louise Adler and five members of the MUP board last week.

Ms Adler and the board members quit after Melbourne University’s management directed the century-old publisher to cease producing mainstream books and instead "refocus on being a high quality scholarly press”.

The university will also create an editorial advisory board to ­determine which books are published.

Critics of the move warned this would lead to a chilling of public debate about tough issues in Australian politics, and fewer independent and vibrant voices.

Ms Adler championed debate across all sides of politics in her 15 years at the helm of MUP, commissioning scores of memoirs from well-known MPs.

They included controversial texts including The Latham Diaries and Tony Abbott’s Battlelines.

Ms Adler had the backing of previous Melbourne University vice-chancellor Glyn Davis – who was well-schooled in Australian politics, having once led Queensland's Department of Premier and Cabinet and chaired the Australia and New Zealand School of Government.

After 14 years as vice-chancellor, Professor Davis was replaced late last year by Duncan Maskell, who came to Melbourne after a long career in leadership positions at Cambridge University.

Mr Quaedvlieg said he now regarded it as unsafe to publish his book – which will delve into his sacking by the Turnbull government – without the support of Ms Adler and the board that backed her, because of his manuscript’s highly political nature.

I didn't have the confidence that [MUP] was capable of committing the resources required to deal with the layered complexity of legal implications associated with the book.

"I asked for an annulment of my contract," Mr Quaedvlieg said, because "I didn't have the confidence that [MUP] was capable of committing the resources required to deal with the layered complexity of legal implications associated with the book". 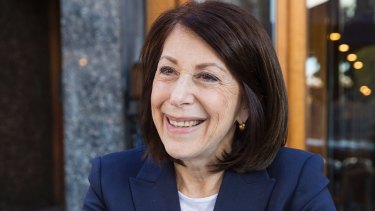 He cited his personal regard for Ms Adler, and her experience shepherding through highly politicised and potentially controversial books. He said her absence meant he did not wish to proceed. "While my contract was with MUP as a publishing house, Louise's … absence from MUP at the cusp of publication and into the future caused me significant concern."

Mr Quaedvlieg declined to say what MUP had paid him as a book advance, or whether he had returned the money.

He said the withdrawal of Mr Quaedvlieg's book "confirms the fears held by me and other board members about the loss to our public life with the new diminished and cloistered role for this respected, independent publisher".

"Due to the time-sensitive nature of this publication, MUP felt it was in the best interest of the author to take a flexible approach and offer the author opportunities to explore other options for his work," Mr Tegoni said in response.

The new chair of MUP, former Adelaide University vice-chancellor Warren Bebbington responded to questioning by The Age and Sydney Morning Herald over whether this was the sort of book MUP would not consider publishing in the future as it refocused as a scholarly press.

"MUP will be progressively expanding its output to publish an additional 50 academic titles each year," Professor Bebbington said. "MUP’s primary objective remains steadfast: to publish the best scholarly writing from Australia and overseas."