For an Ohio Poet, Love Is What Gets Us Through

The intoxication of love courses through “Pardon My Heart.” Marcus Jackson loves his wife’s hair almost as much as he loves her hips, and he delivers back-to-back odes to both. “In the presence of her hips, thin / White women lower their heads / like children who’ve broken a dish,” he writes in a paean to curves that might have had Slim Harpo nodding along approvingly. “Her hips make dawn on an ocean / seem slight.” 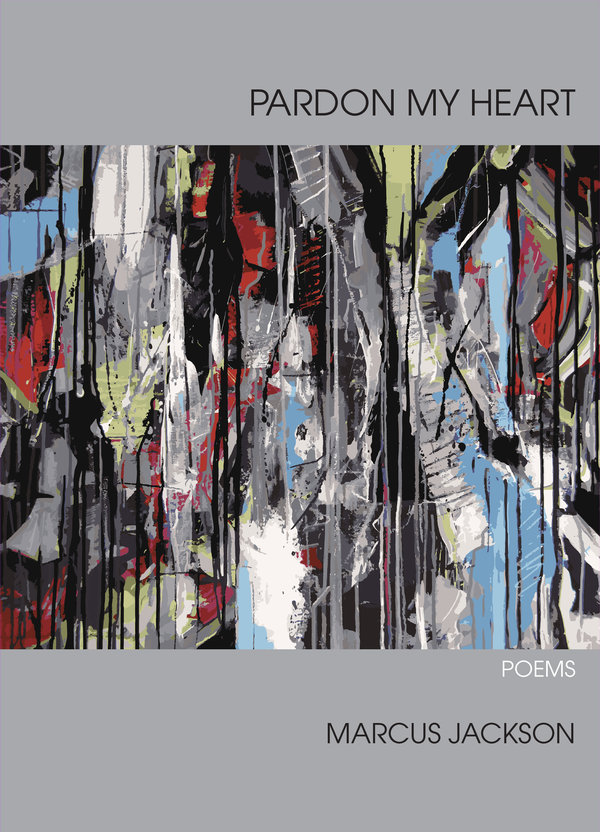 Jackson (or his narrator, although they come across as one and the same) revels in helping his wife take apart her weave. He savors the sensory banquet of a sunny morning on Amsterdam Avenue when winter has finally loosened its grip. In “Full-Time Driver,” he even gets starry-eyed about his youthful days delivering pizzas:

The richest part was when business
would ebb, and I’d coast the summer streets.
The air felt like a cool fruit. The engine block
churned a sure tune. The rearview caught
moments of low moons. Time was a tame lake
my hand skimmed from the front of a canoe.

He basks, too, in remembrances of “magnificently tipsy” nights when the music was loud enough to make your car quake and you just might lock eyes with someone captivating — someone who wanted to go dancing in the park, clothing optional. “I’ve got to do something with all this longing,” Jackson proclaims somewhere along the way, with the forward lean of italics giving that longing an extra layer of urgency.

“Pardon My Heart” appears to be the solution he came up with. The book, which I have found myself returning to again and again over the course of this year, pulses with want, and it casts its author, a native of Ohio, as an heir to a strain of romanticism we tend to associate with the long ago. He’s easily smitten, yes, but he’s serious about his infatuations. In “Pitiful Prince” (the title of which, for me, couldn’t help echoing Otis Redding’s “Mr. Pitiful”), Jackson says that he was born into “a kingdom of marvelous heartbreakers,” but confesses that, unlike other men in the family, he has never had the knack for juggling lovers. When a crush beckons, he goes all in. “Shy and compulsive, I’d / dwell for months on how a certain woman’s / shoulders had glowed, had fringed the exquisite / cliff of her collarbone.”

It may be that Jackson is in love with love itself, with the way it unfogs and energizes the experience of living, and he cops to as much in “When in Love,” which serves as both a mission statement and an early pivot for the book. When you’re in love — when you’re so high that the nectar of spring “can’t even keep up with your jubilee,” as Jackson memorably puts it — you’re also bound to get hurt. “You’re a piece of luminous fruit / yet to be bruised,” as he writes, and that prospect of bruising serves as the book’s contrapuntal theme. A number of these poems involve conflict: conflict of an overtly violent nature, meaning altercations, but also conflict that thrums with a less visible mode of violence as Jackson navigates his way forward as a black man in the landscape of these divided United States. We might borrow from a song and say that Jackson is a lover, not a fighter, but the fight always hovers in the background. Though not an explicitly political volume, “Pardon My Heart” posits a way of looking at the world that calls to mind the wise, weathered perspectives of Yehuda Amichai and Pablo Neruda: These are poems in which the integrity of one’s personal sphere feels like a necessary refuge from, and an antidote to, the toxic swill of the world at large. The bracing opening lines of the book say as much:

Pardon my heart if it ruins your party.
It’s a large, American heart and has had
a good deal to drink.

When Jackson addresses the anger of masculine conflict, he does so, tellingly, with the detachment of years and a dry scrim of regret. In “Dominion of Men,” he looks back at the time when he punched out a guy named Larry — a veteran, dependent on a cane, who had directed a racial slur at the narrator and his friends. Jackson can’t say he’s proud of the memory: “For weeks, my buddies / spread tales of the triumph to everyone, / but the punch was luck, a thoughtless reaction / that found the unguarded head of an addict.” And in “Convalescence,” the lover in Jackson resurfaces as he waxes nostalgic for the way a woman could assuage the aches after a man had crawled home from an ill-advised skirmish:

The finest part of losing a fistfight
occurred the hour after, assuming
you had a girlfriend to go to. She’d sit you
on the bathroom counter, she’d cotton ball
Neosporin to your bashed brow. …

By the closing pages of “Pardon My Heart,” love and conflict coexist in an uneasy détente. In a quartet of poems at the end, Jackson describes the pleasures and dislocations of a black family living in the American suburbs. He and his wife walk out on a white art film full of “many foggy heaths and bleak castle expanses,” making a beeline for a bar with Donny Hathaway on the jukebox. In another poem, she stingingly quips while watching birds in the yard:

Leaving for work, my wife pauses, looks
out the window at all the crows, and says
she’s glad we still live among other black folks.

Love may be less of an intoxicant by the last lines of “Pardon My Heart,” but it has morphed into something sturdier — the fuel that gets us through. Plain-spoken but never plain, Jackson’s collection confirms the arrival of a thrilling new voice in American poetry, one whose writing, on page after page, has the fullness and glow of a jubilee.

Jeff Gordinier is the food and drinks editor of Esquire.