Passion on the page …but losers in love: They wrote some of our most romantic literature but F Scott Fitzgerald and his hero Keats were tormented by fears that size really does matter

Jonathan Bate has generously given us two books for the price of one — a biography of John Keats (1795-1821) interleaved with a biography of F. Scott Fitzgerald (1896–1940), where romantic poetry about nightingales meets Jazz Age novels involving ‘sexually liberated flappers, fast cars and bootleg partying’.

Bate points out what the authors had in common. Each grew up in a world at war: the Napoleonic battles in Keats’s case, the Kaiser and the trenches in Fitzgerald’s. Both had physical insecurities: Keats was ‘self-conscious about being below average height’ — barely 5ft. Fitzgerald’s worries were in another area: to check whether his penis was of normal size, he went around the Louvre examining the statues. It is in their works, however, that the writers join hands across the centuries. Both were attuned to the idea of loss: lost love, happiness, beauty that will only fade like the scent of roses. 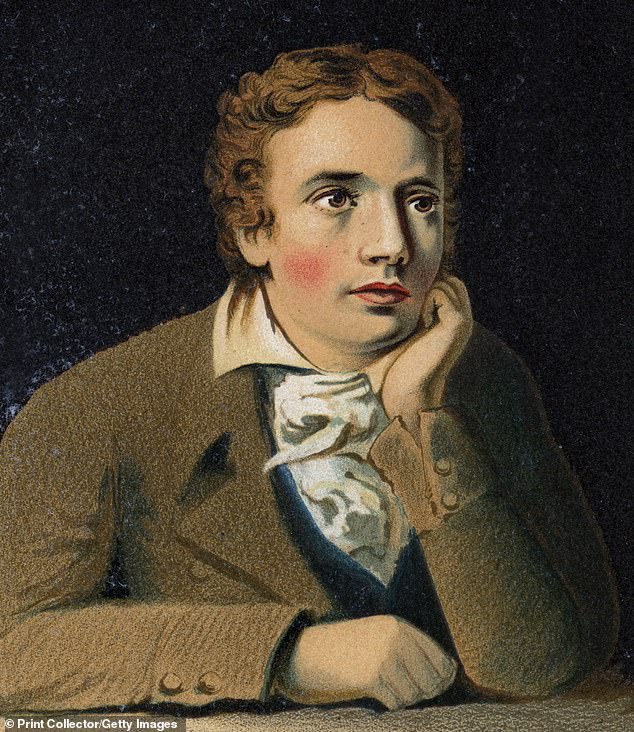 Keats, of course, dead at 25, hardly had a chance to leave adolescence. His brief life was dominated by illness. His mother and brother died of tuberculosis in his presence, and he himself endured a ‘persistent cough’ from early 1819.

At the age of just 14, he was apprenticed to an apothecary and began training at Guy’s Hospital. He scooped bullets from wounds, drained blood, pulled teeth and mended broken legs. He attended anatomical demonstrations and prepared sedatives from hemlock and deadly nightshade.

What a lot there is in his poetry about the beat of the pulse, pumping of the heart, headaches, ‘fevers and thirst and the exhalation of breath’.

When he couldn’t shake off a cough, he knew the score: ‘I know the colour of that blood. It is arterial blood.’ He went to Italy, for warmth, and died in Rome within months.

Keats was Fitzgerald’s favourite writer. The title of his 1934 novel Tender Is The Night is taken from Keats’s Ode to a Nightingale. Next to Keats, he said, everyone else, including Shakespeare, ‘seems to be only whistling and humming’.

Fitzgerald may also have identified with Keats’s nervous obsession with girls — all those enchantresses in the poems who are feared as much as desired.

The poet’s main lyrical obsession was with the lady next door in Hampstead, Fanny Brawne. Nothing happened. According to Bate, for Keats, ‘domestic reality could never match the ethereal ideal of poetry’. Maybe so, but perhaps Keats couldn’t afford to provide for a wife and family.

It’s sufficient evidence, nevertheless, to advance the notion of unrequited love being the one love that lasts — and Fitzgerald, we are told, never got over being rejected by socialite Ginevra King, ‘who was exceptionally pretty, slim, with dark hair and sparkling brown eyes’. 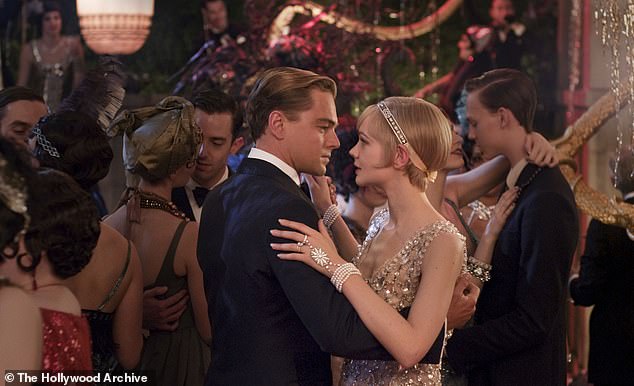 Accursed: Leonardo DiCaprio and Carey Mulligan in the 2013 film of Fitzgerald’s The Great Gatsby

She’s the original of Gatsby’s Daisy but the real Ginevra married the son of the owner of a bank. Sensible Ginevra.

Fitzgerald belonged to a dynasty of Irish Catholics. Money came from a grocery business in Minnesota. Though Fitzgerald was not particularly bright, he ‘scraped into Princeton’, where he received poor grades.

He doesn’t sound very nice. Contemporaries remembered him for his ‘charm, magnetism, poise’, but also for his ‘ability to dominate others’, all traits on display in his autobiographically orientated novels.

The first, This Side Of Paradise, came out in 1920. Three further volumes followed quickly, The Great Gatsby appearing in 1925.

In July 1918, Fitzgerald met Zelda Sayre, the daughter of a Justice of the Supreme Court.

She ‘had a reputation as a girl who thought she could do anything and get away with it’, so it’s not as though Fitzgerald hadn’t been given an inkling. 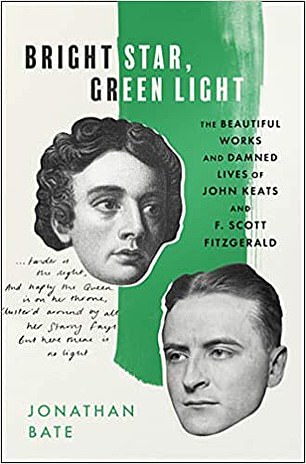 They were married in 1920 and went around Central Park in a horse and carriage, making love on the back seat.

Actually, they made love all over the shop, ‘in theatre boxes, country fields, under the sun, moon and stars’. Throw a bucket of water over them.

Ahead lay only wreckage. His tales of bright young things, pre-marital sex and adultery were bestsellers. With money flowing in, ‘a downward spiral’ began — orgiastic parties in East Coast mansions, ‘gaudy retreats in the style of French chateaux’; crawling from bar to bar in Paris with Ernest Hemingway.

Fitzgerald and Zelda were constantly inebriated. In drunken rages they burned each other’s clothes and flung platinum watches out of train windows.

In Zelda’s case, this was a symptom of psychological disturbance. She made suicide attempts, suffered hallucinations and religious mania and was placed in a succession of clinics.

Fitzgerald, meanwhile, went to Hollywood and worked on the script of Gone With The Wind but was sacked for persistent drunkenness.

He died of arteriosclerotic heart disease, aged 44. Zelda survived him by eight years, dying in a North Carolina sanatorium when it burnt down.

Bate tells the tales of these accursed creatures frightfully well, but — truth be told — the book doesn’t really work as a concept. Tying Fitzgerald up with Keats is the sort of thing academics love doing. It’s specious. Where will it end?