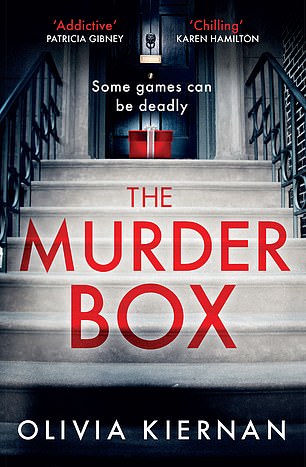 The fourth book featuring Detective Chief Superintendent Frankie Sheehan of the Bureau for Serious Crime in Dublin is even better than its predecessors, with a wonderful hook to draw us in.

Sheehan is struggling with the disappearance of high-profile Irish TV personality Teddy Dolan, when a glossy red box is delivered to her office. ‘Welcome to The Murder Box,’ the introductory letter announces, ‘the addictive murder- mystery game’.

At first she thinks it’s a joke, but then she examines the contents, which appear to include droplets of real blood, an earring and an authentic post-mortem report.

It quickly transpires that there really is a missing girl, and the earring may be hers.

The box is a game that is being played out in real life, with a real victim who needs to be saved. The plot crackles from first page to last, and the tension never lifts until the darkest of twists brings it to a superb conclusion.

THE SECRET LIFE OF WRITERS

This wonderfully evocative mystery starts from a simple premise. After publishing three cult novels in France, author Nathan Fawles suddenly announces that he is ending his literary career and retiring to the island of Beaumont, off the coast of Provence, to live as a recluse.

In the two decades since, he has steadfastly refused to give a single interview and threatens to shoot anyone who invades his privacy. Enter a young writer determined to get Fawles to look at his first novel, who is, indeed, shot at, but who, nevertheless, manages to talk to him.

The plot thickens when Swiss journalist Mathilde Monney arrives, every bit as resolute in her desire to interview Fawles. When a woman’s body is discovered on the beach, the drama accelerates.

Musso’s last novel, The Reunion, was breathtaking, but this is just as good. It casts a sinuous, sublime spell that lingers in the mind.

RUNNING OUT OF ROAD 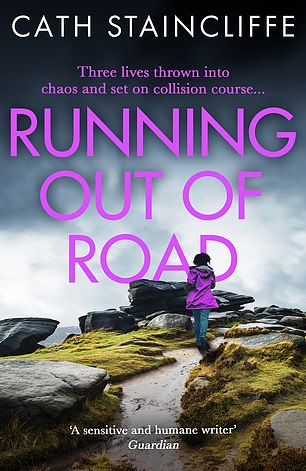 Staincliffe excels herself here with the story of a teenage girl abducted by her real father, who is on the police’s wanted list.

Another teenager, Dylan, has been working for a ‘county lines’ drug baron and has aspirations to rise up the chain, but comes home to find his housemate murdered. Not wanting to face the full force of the law, he runs.

Meanwhile, retired firefighter Ron has been working as a house and pet-sitter since leaving the brigade. He is deep in the Derbyshire Peak District looking after a house where he doesn’t speak to a soul for days on end.

DS Laura O’Neil is struggling with a teething toddler, while leading the hunt for the abduc-ted teenager and her dad.

These four stories coalesce, as the anguish behind life’s tragedies reveals itself in this harrowing but human drama.