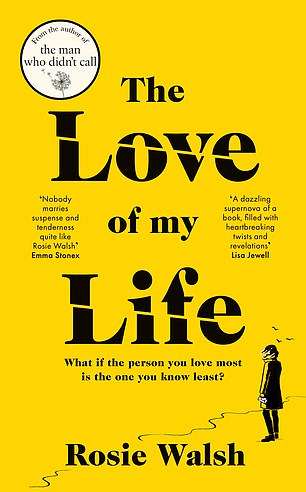 THE LOVE OF MY LIFE

I adored the author’s 2018 debut, a love story with a fantastic twist. I’m thrilled to report that this is another compelling, painful romance, with the page-turning plot of a psychological thriller.

Emma and Leo are in love with one another, their daughter and their life. Leo believes there is nothing he doesn’t know about his wife and has never felt more connected to her. She is equally in love with him but has kept huge parts of her past concealed.

When Emma has a brush with death, Leo starts looking into her past —and finds all sorts of things don’t add up. He realises he doesn’t know his wife at all. Stunning.

Ava has always played by the rules. Married to a successful transplant surgeon, she took a career break from her high-flying, main-breadwinner legal career to raise their difficult two-year-old.

The more tantrums her son throws her way and the more her husband ignores her, the less like herself she feels — in fact, these days she has no idea who she is. When Winnie, Ava’s university roommate, bumps into her after years of silence, Ava cannot believe the positive transformation in her old friend.

Winnie used to be shy and awkward. Now, she is loud, confident and clutching endless designer handbags.

It’s not long before Ava is swept up in Winnie’s counterfeiting business and telling all sorts of lies to her family, which makes her marriage even worse. All that glitters is not gold and it’s narrated in the form of a confession to a detective.

Darkly comedic with serious undertones, Chen shines a light on secrets, shame and the many ways in which women can be sidelined. 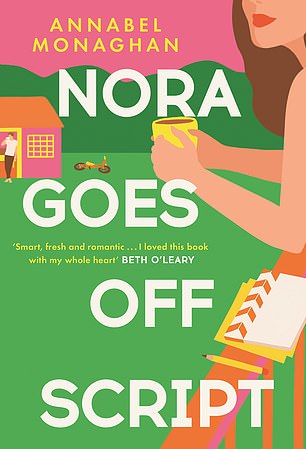 If there’s one thing successful rom-com screenwriter Nora knows, it’s how to plot out a good love story.

There’s never normally any jeopardy in Nora’s tales and everything always works out in the end. However, when Nora’s ‘too good to work’ husband, Ben, leaves her and their two young children, she channels her rage and frustration into a very different sort of script.

The warts-and-all story of her own failed relationship is picked up by a Hollywood producer who wants to shoot it at Nora’s own home. She can’t believe she’s got Leo, America’s hottest actor, living in a trailer on her lawn, but is even more surprised when filming finishes and he asks if he can stay for a bit.

Used to doing everything for her family, Nora is charmed by this insanely attractive man who insists on helping out with the kids and chores. Nora and Leo are both believable, engaging protagonists who I rooted for from the start.