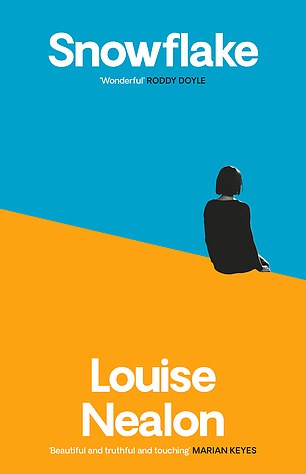 This beautifully written debut often takes off on weird, unexpected tangents but becomes even more emotionally intelligent and thought-provoking in the process.

Protagonist Debbie White is 18 and has left her dairy farm home to become a student at Trinity College, Dublin. Debbie has never experienced life away from her depressive, agoraphobic mother, Maeve, and eccentric uncle Billy and is dazzled by city life and her super-cool new peers.

Socially awkward but desperate to fit in, Debbie is also dealing with difficult family problems she has left behind.

Shame, grief, mental health and addiction are just some of them but no matter how dysfunctional her family appears, they are also the tightest, most supportive unit.

This is a coming-of-age story with a difference, in which Debbie eventually realises it doesn’t matter how far you go because you always take yourself with you. I can’t stop thinking about it.

Daphne hasn’t seen Drue, her best friend from high school, since they had a spectacular argument outside a bar six years ago. A bystander filmed it and the video went viral.

Rather than sink into a vortex of shame at being publicly labelled fat, Daphne used the online momentum to build a profile as a plus-size model and body confidence influencer.

Drue, skinny and beautiful, has also done well for herself career-wise and is regularly featured in magazines as ‘one to watch’.

Newly engaged to a reality TV star, she turns up out of the blue and begs Daphne to be her maid of honour at their glitzy wedding in Cape Cod.

In fact, Drue is so desperate to have friends there she offers to pay for the privilege. It’s beautifully written, twisty and compelling.

Weiner excels at deep-diving into the emotional quandaries that her characters find themselves in and here she’s especially brilliant on toxic female friendship, forgiveness and acceptance.

I raced through it. 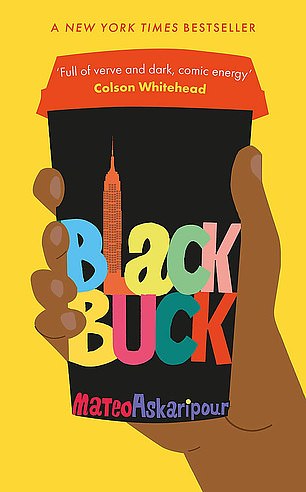 This American debut landed with a big splash on the other side of the pond where it has been on bestseller lists for months. A satire about race, work, ambition and power, it’s sharp and hilarious.

Protagonist Buck, our narrator, is a black salesman with a compelling voice who warns us very early on that the hardest thing to change is other people’s minds — and then proceeds to provide a masterclass in how to do so.

Buck lives a comfortable life with his mother in their nice house in New York.

Despite being the cleverest person at his school, he now works at a Starbucks and loves spending time with his girlfriend Soraya.

His mother wants more for him but it’s not until he persuades an impressed customer, who also happens to be the CEO of a tech startup, to order a different drink from usual that Buck’s life begins to change in all sorts of crazy ways.