Coming to You From a Can of Cashews

SANTA MONICA, Calif. — Raphael Bob-Waksberg insisted that his debut book is optimistic, even if the numbers didn’t quite add up.

In his sun-filled kitchen, he thumbed through the pages of his new short story collection, “Someone Who Will Love You in All Your Damaged Glory,” delivering a happy-or-not verdict to each entry. The final tally tipped heavily toward bleak. “Nothing but despair,” he conceded with “Move Across the Country,” about a woman attempting to outrun her feelings (“Hope the Sadness can’t be as fleet as you are, hope the Sadness is more rooted”).

Gloom might be expected from Bob-Waksberg, the 34-year-old creator of “BoJack Horseman.” The Netflix animated series has won accolades for its treatment of sobering human questions that run underneath the goofy veneer of an animal-populated Hollywood. With his book, he has taken a somewhat romantic turn, one that retains his somber sensibilities.

“The idea of a book of love stories conjures maybe something different in the imagination from what the book is,” he said ahead of his book’s Tuesday release, a new season of “BoJack” and another television series, “Undone,” that he is working on for Amazon. “I don’t know if this is a thing you want to give your beloved as a token of your affection, necessarily.”

[ Looking for more summer books? Check out all our summer reading coverage. ]

The 18 stories in “Someone Who Will Love You” play with formats — some are bulleted lists, one consists of wry commentary from a can of cashews, another is told from the perspective of a dog, based on Bob-Waksberg’s real-life poodle mix, Stilton, who whimpered periodically at his feet while we talked. Some of the stories began as potential screenplays or comedy sketches. 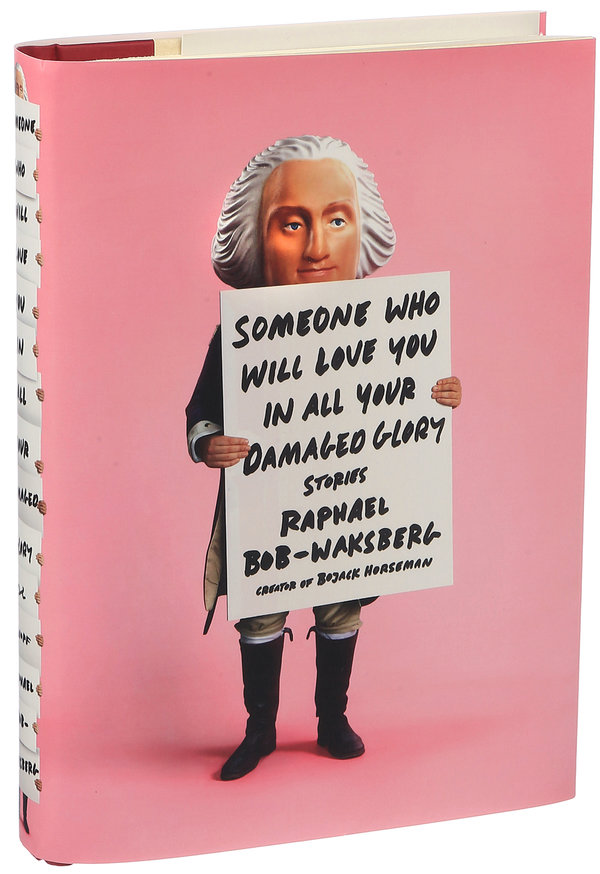 “It starts with the wacky, crazy concept,” he said. “And then, kind of the fun challenge is: How do I make you care in a way that doesn’t feel like it’s betraying the funny, silly concept, but actually almost feels like this funny, silly concept is the only way into the story?”

Beyond their unusual setups, the stories often veer into the melancholic: a satire of theater turns into a tale of guilt and grief, a list of instructions for “Taboo” reflects the fatigue of a couple facing a disintegrating relationship.

In “We Men of Science,” a BoJack-esque strain of questioning peeks through an absurdist sci-fi world. A character asks about how her happiness might be affected by stepping through the “Anti-Door,” a portal to an alternate universe. “What if I was zero percent happy,” she wonders, “and I walked through the door to find that a hundred percent happy still isn’t all that happy?”

The scene echoes similar questions in his Netflix series, in which characters chase happiness where none can be found. Still, to Bob-Waksberg, both the book and the show embrace an ultimately positive outlook.

He referred to “The Average of All Possible Things,” about a woman struggling to see the color in her life after a breakup. “When I say ‘BoJack’ is optimistic, I think it’s optimistic in the way that this story is optimistic — that it is about overcoming the relentless sadness of life, and it’s about finding ways to get through it, which I think is hopeful,” he said, before bursting out in laughter. 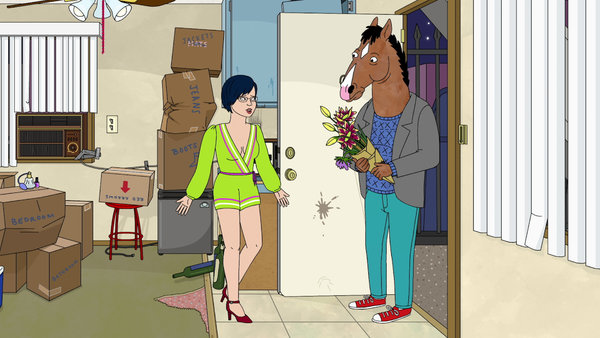 The hopeless opposite would be to suggest that we are incapable of trudging through the muck, or, even more cynically, to pretend there is no muck, he added.

“He’s a lot at once, in general,” said one of his younger sisters, Becky Bob-Waksberg. An early reader of his stories, she credited their father for raising them with a nuanced worldview that she said her brother adopted. “He knows that, in a way, things that are good also are sad, and things that are hard also have good parts.”

Bob-Waksberg grew up in Palo Alto, Calif., in a family he described as loving and supportive with a Jewish brand of dark humor. His cultural touchstones, in TV (sad episodes of “The Simpsons” like “Lisa’s Substitute,” the “NewsRadio” episode that addresses its cast member Phil Hartman’s death) and literature (Jonathan Safran Foer’s “A Primer for the Punctuation of Heart Disease,” Katherine Heiny’s “How to Give the Wrong Impression”), use humor and tragedy to buoy each other.

The existential pondering and sense of alienation that recur in his work are harder to trace.

“Some of ‘BoJack’ and some of these stories come from a place of: ‘We are all fundamentally broken and can never really be fixed,’” Bob-Waksberg said. “I don’t know if I still believe that as a universal truth, or that assumption that kind of girds some of these stories.”

The collection’s more cynical stories tend to be older pieces, some written nearly a decade earlier. Back then, he assumed, “I’m going to have whatever professional success and whatever personal success I have, and it’s never really going to fill that hole in my heart and my soul,” he said. “And I’m always going to be yearning, and I’m always going to be a little bit empty for reasons that I don’t understand.”

“Maybe that’s the biggest change in him,” said Lisa Hanawalt, a high-school friend and the production designer and producer of “BoJack.” Hanawalt, along with Bob-Waksberg’s two sisters, referred to his wife of two years as a tipping point. “He is now a happily married man, just totally different than how he was in his 20s,” said Hanawalt, whose own animated series, “Tuca & Bertie,” began streaming on Netflix last month.

If there is a theme to his book, it might be, Bob-Waksberg said, that “love is hard, and an open question of: ‘Is it worth it?’”

He responded to his own question: “I think where I land is yes. And I don’t know if the book lands there.”

Where it lands might depend on which story, and when it was written.

In the book’s acknowledgments, Bob-Waksberg saves his final thank-you for his wife. “About half of these stories are from before I met her and half since,” he read aloud, “and I’m convinced if you lined them all up in the order they were written, you could pinpoint the moment where my heart became whole.”