Collected Letters of Flann O'Brien review: The missives of a brilliant mind

The greatest trickster, imposter, meta fictioneer and dissembler in Irish literature since Laurence Sterne and Jonathan Swift was born Brian O'Nolan in Strabane, County Tyrone in 1911. Of course as is the way of most things in the life of this elusive genius the previous sentence is not strictly true. In fact the boy was christened Brian Ó Nualláin and grew up speaking only Irish until the age of 11 when he was finally sent to school. 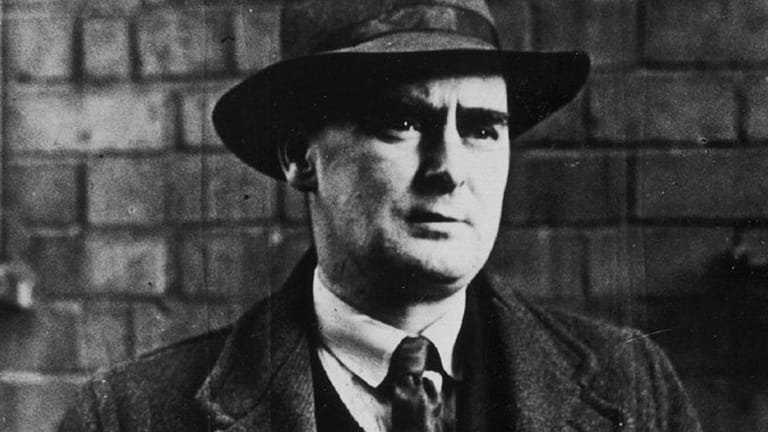 A brilliant student, he quickly mastered English and was writing verse, comic operas and plays by the time he went up to University College Dublin to study German literature. Like his near contemporary Paddy Leigh Fermor, O'Nolan seems to have spent 1933 walking through Germany, although the details of this trip (if it took place) are contested.

O'Nolan settled down to life as a civil servant and he began his print career writing scabrous and often very funny letters to The Irish Times and other papers under various noms de plume: Brother Barnabas, Myles na gCopaleen and Flann O'Brien. 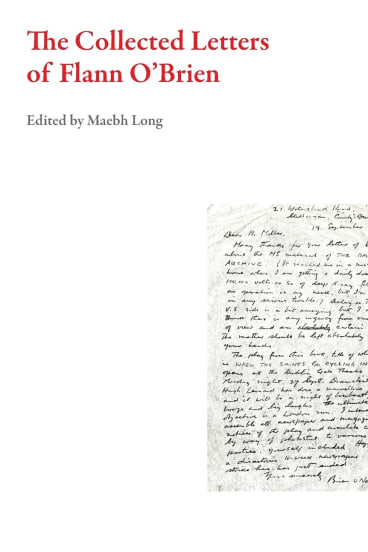 The Collected Letters of Flann O’Brien.

It was under this latter pen name that he achieved the most fame, publishing his surreal masterwork, At Swim-Two-Birds, at the age of only 28 in 1939. Recognised by the reader at Longman's, Graham Greene, as a work of genius, it is a meta-textual tale about the writing of an autobiographical novel that sidetracks into Irish mythology, westerns, parody and satire. O'Nolan's luck pretty much runs out at this point. It sold only a few hundred copies before the Longman's warehouse in London was destroyed by the Luftwaffe.

His follow-up, the brilliant, hilarious, anti-crime novel The Third Policeman, failed to find a publisher in his lifetime despite increasingly fraught attempts to place it anywhere for any fee at all.

The early letters in this volume have a gleeful, sharp, often condescending quality to them. Well read in Irish, German, French, Greek and Latin O'Nolan knows he is the smartest guy in the room and God help you if you tried to pull the wool over his eyes with faked-up sophistication. O'Nolan himself was something of a hoaxer and his missives of complaint to The Irish Times on various topics anticipate Joe Orton's Edna Welthorpe letters by 20 years (although Orton's targets and humour have aged a little better).

As someone who wanted to be accepted as an equal by the giants of his day the piling up of rejection slips pained O'Nolan and his false cheer wears increasingly thin even to him. The drift into melancholy in the post-war letters is a natural consequence of a job that did not challenge him, money worries, the failure of his plays and, it must be said, increasingly heavy drinking.

In the chronology at the start I counted in one five-year period four car crashes, a random broken arm, a bus crash, blood poisoning, flu, a ruptured appendix, an eye operation and two separate bouts of "food poisoning & pneumonia".

O'Nolan's wit, charm and erudition are often dazzling but there's also a chilly quality to the man that often overbears him. The Second World War seems to not overly trouble him, nor is he particularly moved by other earth-shattering events of the 1950s and '60s. Although he mocks a visiting rugby squad from apartheid South Africa he's pretty free with the "N" word even when his friends ask him to cut it out.

Life grinds O'Nolan down and although he writes one final late masterpiece, The Dalkey Archive (about James Joyce's existence after he fakes his own death, Elvis-fashion, and moves back to Dublin), the tone of his final correspondence is increasingly desperate. There are pleas to publishers and printers and a godawful begging letter to The Guardian asking for a job that I wish I could unread.

O'Nolan died of various alcohol-related ailments at the age of 55 on April Fools' Day 1966. The ideal medium for his acerbic talent was launched 40 years later. O'Nolan would have been a natural on Twitter, skewering the rich, the powerful, the connected – the people less clever than himself, which let's face it, would have been pretty much everyone.

Adrian McKinty's new Sean Duffy novel, The Detective Up Late, will be published next year.