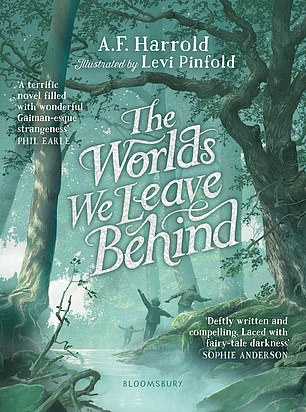 THE WORLDS WE LEAVE BEHIND

Impulsive, emotionally complicated Hex and his best friend Tommo are out playing when Hex accidentally hurts a young girl.

Despite denying the blame, her family attack him, so he races into the woods where he stumbles across a strange old woman in a cottage who offers to ‘disappear’ those whom he feels have wronged him, wiping clean everyone’s memory of them. But what are the consequences of rewriting history? And what menacing forces does this woman command?

This spellbinding, poignant dark tale asks thought-provoking questions about friendship, loyalty and revenge, in another stunning collaboration between award-winning author and illustrator. Don’t miss it.

It’s more than ten years since we last met unconventional, imaginative Mina in My Name Is Mina, Almond’s prequel to his award-winning Skellig.

Now, in this book based on his own young daughter’s experience in Tokyo, Mina and her mother are on holiday in Japan when during a bus trip a woman makes an origami boat and bird that she gives to Mina. Enchanted, Mina attempts to fold her own versions and writes a friendship message before floating them on a lake.

When a young boy picks them up and writes his own message, a connection is formed and the children tentatively communicate.

A touching, original snapshot of our ability to reach others through the simplest of gestures. 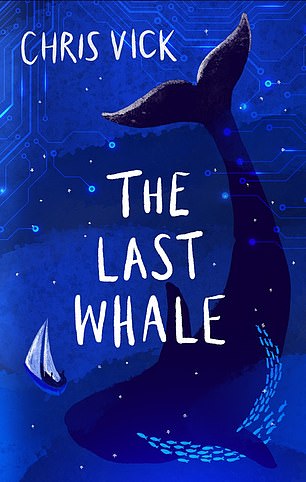 Teenage climate activist Abi has stolen a sophisticated AI device that she smuggles on a family holiday to her grandmother in Norway. There she discovers that her dead great-grandfather, once a whaler, recorded a rare whale song that converted him to conservation.

Convinced that the songs carry a message, Abi enlists the help of the AI, christened Moonlight, to decode the music — and they discover a fast-disappearing migration pattern that protects the Earth from self-destruction.

Fast forward 30 years and Abi, her daughter and Moonlight live on a remote island as the world is dying.

Can they find the elusive whales on whose existence the planet’s future depends?

Fascinating science underpins this tightly-plotted and gripping adventure that reminds us how fragile the ecosystem is.