MY YEAR ABROAD
By Chang-rae Lee

I can’t say exactly where much of Chang-rae Lee’s newest novel, “My Year Abroad,” is set, because the narrator, Tiller Bardmon, can’t tell us either. Ad hoc consort and au pair to a 30-something woman we know only as Val, Tiller lives with her and her young son, Victor Jr., in a smallish American suburb he calls “Stagno.” Val and VeeJ, as the boy is nicknamed, are in a witness protection program because of her disappeared husband’s “dealings with a gang of New Jersey-based Tashkentians that involved Mongolian mineral rights, faux sturgeon eggs and very real shoulder-mounted rocket launchers.” Tiller met her in a Hong Kong airport as he was escaping what was perhaps the biggest mistake of his life, and we soon learn that Val was doing much the same.

None of this is a spoiler. The setup, by Page 3, contains enough plot for several other novels in a variety of genres, vivid sketches of the worlds created when capital crosses borders and the people lost when the deals holding those worlds together fall apart. Like Lee’s five previous novels, this one is explicitly transnational — perhaps the only way to describe the lives of his characters, and really America, for that matter. Lee has engaged in this kind of global revision of our idea of the American suburb for some time, but in case you’re imagining some stately, somber affair, let me assure you that “My Year Abroad” is a wild-ride picaresque, wisecracking, funny, ambitious, full of sex and danger.

The novel is much like Tiller himself, a strangely meek yet cocky young man who tells his story with the pace of someone setting you up for a scam. It is a bold reworking of the bedroom-community novel established by John Cheever and John Updike, perhaps even a satire of it, the title a wink at both Tiller’s skipping school, John Hughes-style, and the international nature of the book, with its panoply of complex characters who make a mockery of other writers’ attempts to diversify their fictions.

Tiller is Lee’s modern American Everyman: 20 years old, one-eighth Asian, and referred to, depending on where he is in the world, as hapa, haole and farang — mixed, nonnative, white. His mother left him and his white father when he was young, and to say that he is ambivalent about his identity would be to miss the point. Tiller’s identity is at times a thread, a leash and a tripwire, and that flickering sense of himself, so dependent on the vision of whoever is looking at him, was only too familiar to me, a biracial Korean-American. I felt as if I were spending time with the person my nephew’s son will be one day. 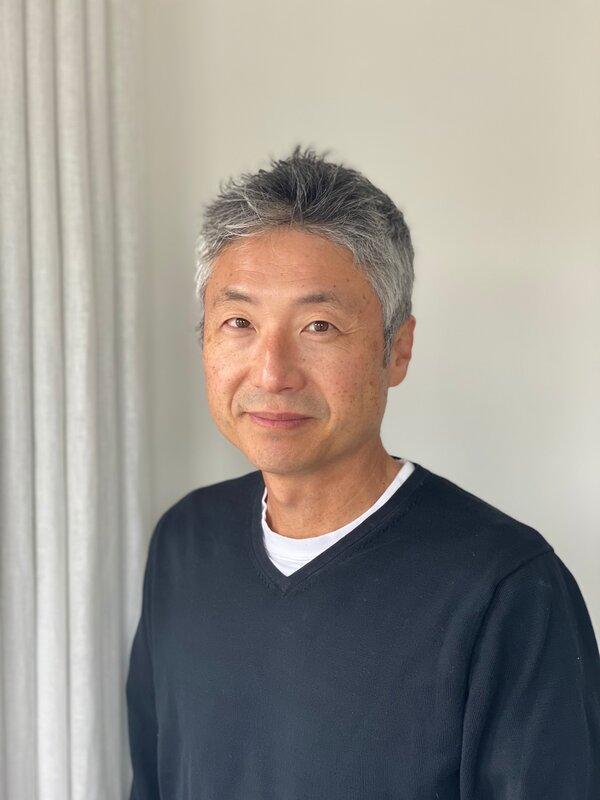 Lee alternates between the stories of Tiller’s low-key life with Val and his life-changing travels with Pong, his boss and mentor. The latter account serves as a back story that in many other novels would be the protagonist’s entire rite of passage. We move from the New Jersey suburb Tiller grew up in, where he meets Pong, to drunken surfing and foot massage in Hawaii, to shot-fueled karaoke, scuba-diving and circuit-breaking sex in Shenzhen and Macau — all as Pong tries to bring an Indonesian health elixir called jamu to a wellness-obsessed market, with Tiller as his protégé and Gen Z pitchman.

Pong is a puckish Chinese-American chemist and superfood entrepreneur whom Tiller met while caddying. He is one of the most fascinating characters in the novel, the son of two artists who fell out of favor during the Cultural Revolution. His own art is in flavors, but his true talent is that he can tell people exactly what they need to hear in order to get their cooperation, something Tiller admires but doesn’t realize is dangerous to him until it is too late.

By the time Tiller meets Val, he is desperate to trade in his globe-trotting adventures for a quiet life in a sleepy American subdivision. VeeJ, at 8, is the child-prodigy chef you brag about to the neighborhood listserv, which his mother indeed does — risking their witness protection status. The shapeless threat of being discovered draws out the real trouble with Val and her dual role as Tiller’s lover and as an effective replacement for his mother. Val is a determined spoiler, pathologically intent on ruining her happiness — she is both Tiller’s dream come true and the greatest threat to it.

When we learn Val is a quarter Chinese, like Tiller’s mom, and VeeJ is an eighth, like Tiller, their stories rhyme. We hear another echo when Pong shares his biography; he has clearly found some reflection of himself in Tiller, leaving him the heir to his story, if not his fortune.

Tiller is a self-aware, self-swindling hustler, but the real hustle, he reflects, as he begins his world tour with Pong, is far bigger than any of his own: It’s “being raised and educated in a well-to-do progressive enclave and demographic that championed egalitarian ideals like inclusion and justice but of course were built and sustained on exclusion and exploitation, real-world stuff that the vast majority of us privileged and chauvinistic dudes didn’t much think about, me included.”

What connects the suburban reverie and the wild ride around the world? In a conventionally structured novel, Tiller’s story of his past with Pong would somehow illuminate his present time with Val. But Lee’s real subject here is a global economy made from desires and appetites that don’t transcend race and national borders as much as they exploit them, appetites that can be fulfilled because of, and not in spite of, stunning inequities.

The camaraderie and glamour of Tiller’s travels quickly give way to the bleaker truths behind Pong’s health-drink plans. Pong introduces him to the people behind the supply of jewel-toned beverages flowing from the Pearl River Delta to the Northeast Corridor, the people who work in New Jersey basements, “off the books, at two-thirds the cost and in half the time,” so that Pong’s children can upgrade their “tweenie romper room to something more like a first-class airline lounge.” Eventually, Tiller himself is made one of these unseen workers, shattering his sense of being above them, apart from them, forever.

This is no Cheeveresque brand of existential angst. Tiller lives in Stagno knowing what it costs him and everyone else around him, unable to leave unobserved even the small details of walking around strange mansion labs and restaurants and suburban homes, under the hypnotic sway of these baroque surfaces and what they hide. He’s excellent in the role of the newcomer to whom all must be explained — a way to educate the reader on a range of topics from Taoist alchemy to the making of curry to the complicated social dynamics of contemporary multiracial suburbs.

As a picaresque goes, it is an intimate one, the plot created out of Tiller’s compulsion to “latch on” — a truth about Tiller that Pong reveals to him, and that Val exploits. It is also then a book about how people try to recreate their oldest family patterns again and again, sometimes even succeeding. Within the novel’s curious design, what might have counted as a climax, and therefore the narrator’s awakening, comes just before the story begins, liberating the novel from it and making room for another, quieter resolution. Tiller reaches the end much as he began: willing to live constantly in the shadow of older, more powerful beloveds — but now he sees this compulsion as the secret to his happiness, even though it may destroy him.

On the penultimate page, he and Val attend to their day’s housework, and he offers us something like a prayer to keep his life just as it is.

“I want to keep us planting and not worry about a harvest,” Tiller tells us. “The bounty is here already. It’s in our joint earth tilling, our basketball dribbling, in our melodic low-down humming and in our vigorous eating and drinking, and it finds sudden contour in random, lovely things, like the meringue Victor Jr. can froth to a Himalayan peak, or the warmed dent Val leaves in her pillow, the buttery smell of her hair threaded deep in the flannel. … This is the world I want to shape myself to; this is the world I want to shape me.”

When Val asks him if he’s all right, he’s shaken; she doesn’t ever ask him that. The novel undergoes some final transformation, revealing itself to be a manifesto to happiness — the one found when you stop running from who you are.