Catholic defiance taken with a pinch of salt

Catholic defiance taken with a pinch of salt: Authors reveals the history of dissent throughout the ages including the forbidden 1570s Stonyhurst Salt and Banksy’s 2005 stunt

At last! A British Museum exhibition, and a book to go with it, that celebrates the world’s subversives: the quiet, defiant, naughty ones who look as though they’re obeying the rules, but who are subtly dissenting, protesting, mocking and undermining.

This handsome book stands up on its own as a good read about the history of dissent through the ages. British Museum curator Tom Hockenhull wrote the text, telling the fascinating stories of each item, and his sidekick Ian Hislop, dissenter supreme, has added an introduction and speech bubbles that bring the whole thing to life.

Hislop, with his eternally sixth-former-at-the-back-of-the-classroom taste for putting two fingers up to authority and pomposity, celebrates the mischievous spirit of artists who have dared to create items in subtle defiance of governments, kings, emperors, or tyrants under whom they were obliged to live; people who have dared, in short, to ‘make a protest’. 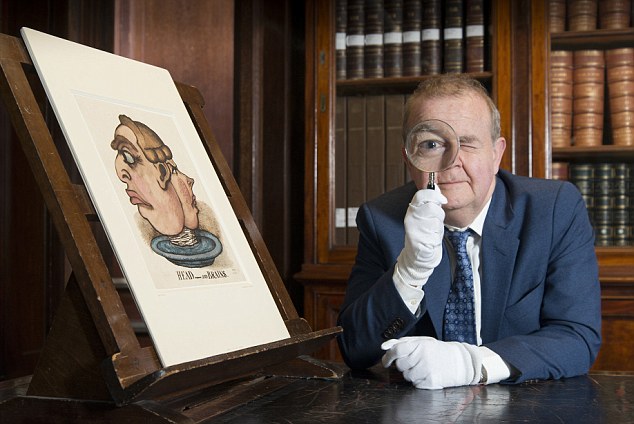 Ian Hislop (pictured at the British Museum) and Tom Hockenhull collate the history of dissent through the ages in a new book. Ian claims dissent leads to a healthier world

‘Unsurprisingly,’ writes Hislop, ‘I’m quite pro-dissent. I think it leads to a healthier world.’

If dissent makes for a healthier world, then it’s good to see the world has been pretty healthy since at least 605 BC, when a cheeky workman called Zabina scrawled his name in graffiti on a fired clay brick stamped with the name of Nebuchadnezzar II.

What makes every object fascinating is that at first sight, they all look perfectly normal. Coins, banknotes, lumps of clay, items of clothing, carpets, salt-cellars, teapots: everyday items in the British Museum’s collection that you’d usually not give a second glance.

But with Hislop and Hockenhull to point out the details, you do give that second glance, and then you see them, the hidden elements of subversion, such as the tiny words on a Twenties Burmese lacquered dish, ‘We shall get home rule’, or, on a Chinese postage stamp of 1992, the numbers 64, 17 and 9 on the bibs of Barcelona Olympics runners — a hidden reference to the date of the Tiananmen Square massacre: 64 means June 4; 1+7=8 and, with nine, means 1989.

That stamp was quickly suppressed by the Chinese authorities. I was hoping we might go as far back as subversive cave paintings, but sadly not.

The nearest we get to a cave painting is Banksy’s fabulous subversive stunt of 2005, when he created something that looked like a cave painting on a lump of stone and stuck it, without permission, on the wall of a British Museum gallery, where it went unnoticed for three days.

The ‘caveman’ was, in fact, pushing a supermarket trolley. There was a label next to it saying: ‘This finely preserved example of primitive art dates from the Post-Catatonic era and is thought to depict early man venturing towards the out-of-town hunting grounds.’

As soon as it was spotted, it was removed, and Banksy later included it in an exhibition of his own work with the cheeky label: ‘On loan from the British Museum.’ Now, it has come full circle: it’s back on the wall of the British Museum — this time officially. 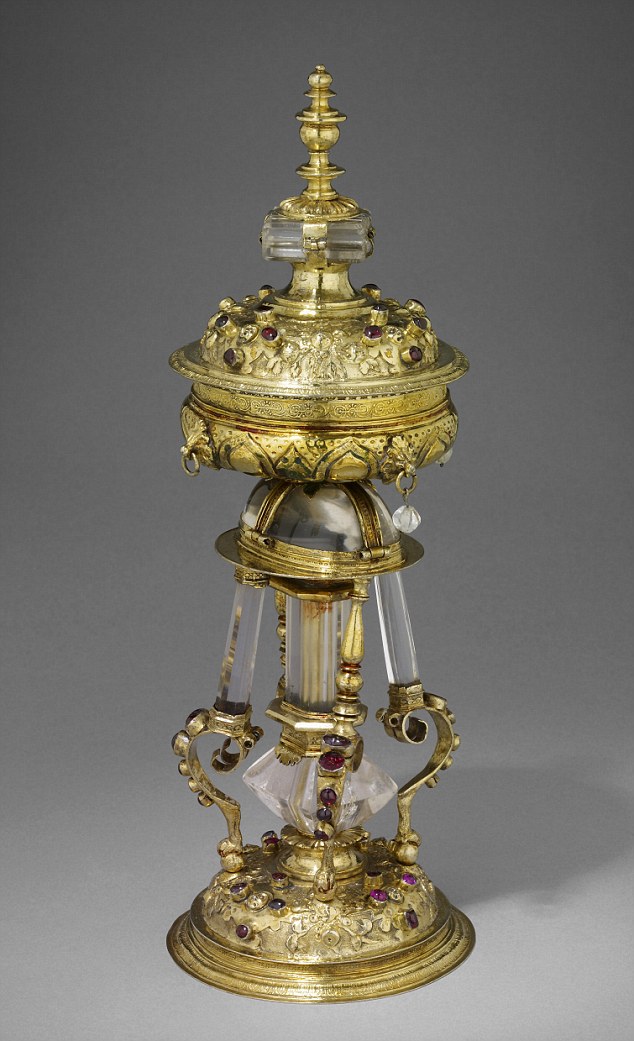 As Hislop comments: ‘Not only does this item mock the pomposity of the whole process of collecting and exhibiting old artefacts, but it also suggests that you can stick anything into the museum and no one will notice.’

That was a bit of fun, and there are other examples of light-hearted subversion, such as the rogue engraver at a UK-based printing firm in 1968, who, on the Indian 50-rupee bank notes, managed to make the palm fronds next to the Queen’s face look like the word ‘SEX’ if you looked carefully and turned the note sideways.

Other acts of dissent have been darker, more risky, more daring — and have had nasty consequences for their creators.

If you scrutinise the Ten Commandments in an edition of the King James Bible of 1631 published by Robert Barker and Martin Lucas, you’ll see that the seventh commandment, nestled among all the ‘thou shalt nots’, reads: ‘Thou shalt commit adultery.’

Was that an accidental misprint? Hislop thinks not. ‘Coincidence does not extend that far. I don’t buy it.’

The two publishers were fined a colossal sum for that outrageous omission of the negative. Barker bore the brunt of the fine and died penniless in a debtors’ prison. 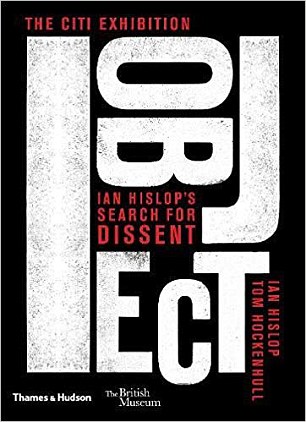 The Greek sculptor Phidias — one of the most important artists in classical antiquity — committed the rash act of including an image of himself (a bald old man) on one of the Parthenon Sculptures, right next to the Athenian statesman Pericles. For this witty gesture, he was thrown into prison, where he died.

Some have got away with dazzling acts of subversion in broad daylight. During the Soviet regime in Czechoslovakia in the Fifties, a scout leader called Bedriska Synkova was imprisoned for carrying on her scouting work after the organisation had been banned for being too religious.

Synkova’s mother happened to work as a secretary at the Prague Academy of Fine Arts and knew the sculptor who was commissioned to design the new 1 koruna coin.

Privately furious about the imprisonment, the sculptor asked her for her daughter’s photo and based her coin design on it. So a portrait of an imprisoned opponent of the Soviet regime went into wide circulation on millions of 1 koruna coins — and the girl on that coin is facing west as she bends to pick a linden leaf, hinting at a yearning for the West and its values. Hislop relishes the forbidden hidden in plain sight. He loves the ornate salt-cellar called the Stonyhurst Salt, made in the 1570s from recycled fragments of old Catholic reliquaries.

All Catholic worship was strictly banned — and Hislop imagines the Catholic owners of this object saying to their guests: ‘Of course, we wouldn’t dream of having items of Catholic worship here. By the way, this is the salt-cellar — would you like some?’

The editor of Private Eye, Hislop particularly savours the story of the issue number of a magazine becoming a secret symbol of liberty.

In April 1763, issue 45 of the magazine The North Briton, published by the radical John Wilkes, vehemently attacked a recent king’s speech to parliament and, from that moment, anyone opposed to British corruption and despotism adopted the number 45 to express their solidarity.

The number 45 was daubed on doorways, engraved on brooches — and even written on the base of the spout of a teapot, included in this exhibition.

Dissent is a thought-provoking new prism through which to look at the history of art. Both book and exhibition are unmissable.