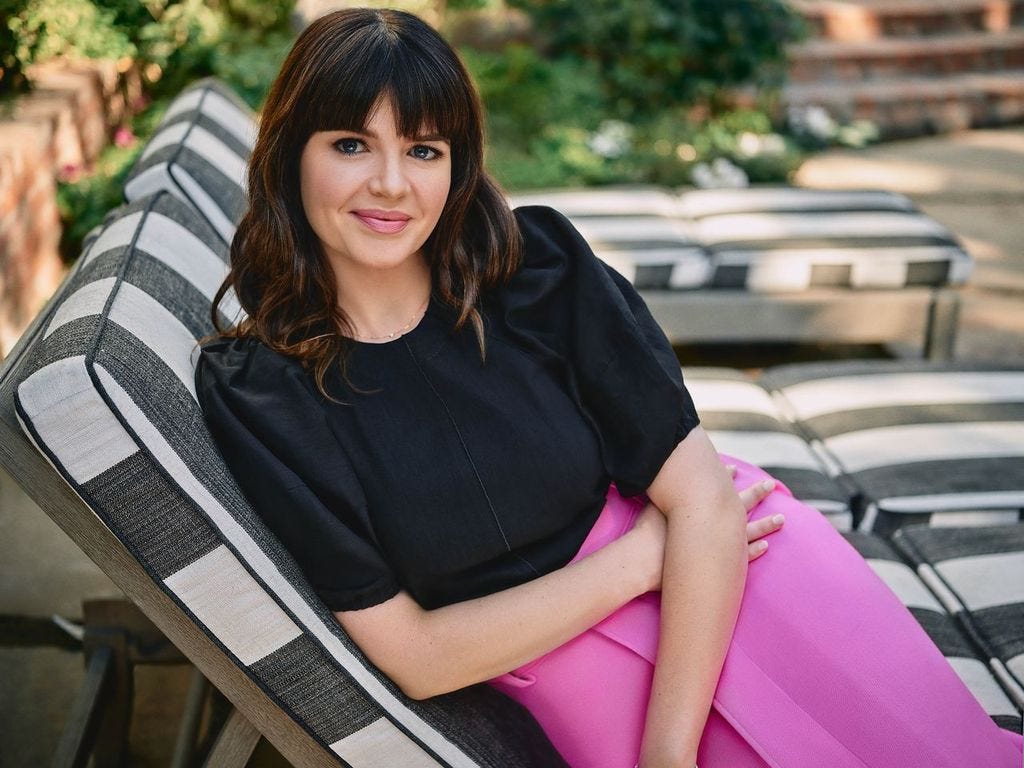 Actress Casey Wilson has written a collection of essays, "The Wreckage of My Presence." (Photo: Mike Rosenthal)

A Penny for her thoughts: Casey Wilson’s book of essays welcomes readers inside the mind of the very confident celebrity.

“I sent Oprah and Gayle King invitations to my wedding,” Wilson jokes to USA TODAY. The RSVP status from the famous besties is “response pending,” though she married writer/producer David Caspe in 2014. “I just hope they can find my new address, but I’m sure they’ll reach out,” says the actress (“Happy Endings,” “Black Monday”) and now author of “The Wreckage of My Presence.”

Wilson’s essays touch on light topics – like eating all her dinners in bed and her dad’s decision to get a perm – but also tackle tougher subjects including her mom’s sudden death from a heart attack and her elder son’s health issues.

“I love this genre of books where there’s little bite-size pieces and essays that make you laugh but also occasionally might make you cry,” she explains of the inspiration for the book she worked on for more than four years.

“I make a ton of jokes at my expense and just unbelievably terrible decisions I made,” she says, “and just want people to be able to have a laugh at my expense.”

All the books becoming movies in 2021, including ‘Things Heard & Seen’ and ‘Without Remorse’ 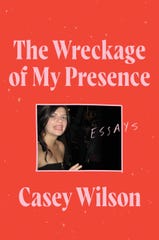 On losing ‘SNL’: ‘The relief outweighed the regret’

Wilson joined “Saturday Night Live” in 2008 and lasted with the sketch show until 2009. She describes the time in her book as “the year and a half of utter madness,” when she started antidepressants to help deal with the loss of her mom and put on weight. When she wasn’t asked to return for the next season, she writes she didn’t shed a tear because “the relief outweighed the regret.”

“I think we all have been in jobs that we know aren’t the right fit for us, and so as much as you don’t want your ego to take a blow of being let go or fired, it just never felt quite right,” she says. “It felt a bit like I was on a sports team, but I was always on the bench. And it’s just not a good feeling.”

Still, the podcast host has no hard feelings and even thanked show creator Lorne Michaels in her acknowledgments. “Lorne has been a huge champion of mine,” she explains. “Not everything goes the distance, but he still gave me such a huge break.”

Reports that Wilson was removed from “SNL” due to her weight stung worse than being let go. “I’ve never been more humiliated or felt more exposed,” she writes.

“No one wants to hear that,” she says. “I was already a bit down about the circumstance and then it just felt a bit like kicking someone when they’re down, and I think I was just so surprised by it.”

Today, Wilson believes there isn’t any truth to the reports, but it’s not the only time her weight has been a topic of conversation. Early in her career, Wilson had a female boss who encouraged her to go to food addiction meetings, which confused her.

Wilson says growing up with her feminist women’s rights advocate mom meant she wasn’t exposed to dieting. “As sort of a gift, I really got very, very far in life before I even really realized that there are these standards of beauty for women, and so I just had a very free relationship with food and with eating,” she says. “Ultimately, I was a bit shocked when my boss who – also it’s just so inappropriate to weigh in on your employee’s weight – when she commented, but I could even realize, at that time, it was her projecting her own food issues on me, which I think a lot of people do.”

The ‘hardest chapter to write by far’

Her son Max’s undiagnosed battle with Celiac disease was “probably the hardest chapter to write by far” for Wilson. Max was diagnosed at 4, but Wilson documents his puzzling behavior years before. At 2, he displayed a sense of “melancholy,” Wilson writes, adding he slept 14-16 hours a day and didn’t interact at play dates. Max entered occupational therapy and where his parents were told he had “sensory processing issues and delayed fine and gross motor skills.” But on a pre-school trip, Max experienced a frightening febrile seizure during which his body lay “lifeless in his car seat.” Then he began to lose weight. Blood tests revealed he has Celiac disease.

Wilson knew something was going on with Max, now 5, and she writes that she blamed herself. In the book, she predicted, “blood tests will reveal the situation is absolutely dire and that it’s my fault. That the thing that’s going to need fixing is me… I am a bad mom and now everyone will be able to see what I’ve always known and felt.” Wilson penned the essay to encourage parents to rely on their intuition.

“You don’t need to necessarily rely on all these other people to tell us if something is wrong or what’s going on with our kid,” she says. “I unfortunately had really low confidence surrounding my own intuition as a mother.” After removing gluten from his diet, Max’s ailments have dissipated. “But he is now an outwardly thriving, happy 5-year-old who is exploding with creativity and bursting with life,” Wilson writes.

As an intern, ‘pocketing the change’ from Susan Sarandon’s fan mail

In one essay, Wilson remembers reading Susan Sarandon’s fan mail while she was an intern for the Oscar-winning actress. Wilson felt so moved by the correspondence she began “crafting paragraph-long, empathetic responses,” she says in her book. “I figured this was good for her brand! Fake Susan was also pocketing the change and small bills that often accompanied the letters from suburban women hoping to ensure a headshot would be sent.” Wilson says her internship was terminated when her supervisor found out she and fellow intern June Diane Raphael (“Grace and Frankie”) were at the office, after work, printing and sending out headshots.

Wilson never met the “Dead Man Walking” star during her internship, and when the two worked together in the 2015 flick “The Meddler,” Wilson thought it best to leave this piece of history in the past. “At the end of the day I was scared, and I wanted her to meet me under this new steam, not as fired intern but as peer,” she explains. Wilson says Sarandon has been informed of her intern mishaps via a letter accompanying her book. “She’s got a great sense of humor, so I’m hoping she’s OK with it.”

The best books of 2021 so far: What USA TODAY’s critics loved reading

Rom-com reading: The best new books that made us laugh, swoon and root for love