Can hope and happiness cure the incurable?

Can hope and happiness cure the incurable? Psychiatrist examines the relationship between mind and body for healing from terminal illness

When Jeffrey Rediger, a psychiatrist at Harvard Medical School, began writing this compelling book about illness and wellness, he can hardly have imagined that it would have been published in the middle of a catastrophic pandemic.

Rediger offers many clinically documented examples of people stricken with terrible, often terminal, diseases and sometimes given just weeks to live, who confounded medical science and got better. He tells us how they did it, or at least how they appeared to do it.

In one way, the coronavirus makes these stories less than timely. Nobody is suggesting that changes in diet, exercise, eliminating stress, or finding love (all of which are used to explain various cases of ‘spontaneous remission’), can overwhelm the dreaded Covid-19. 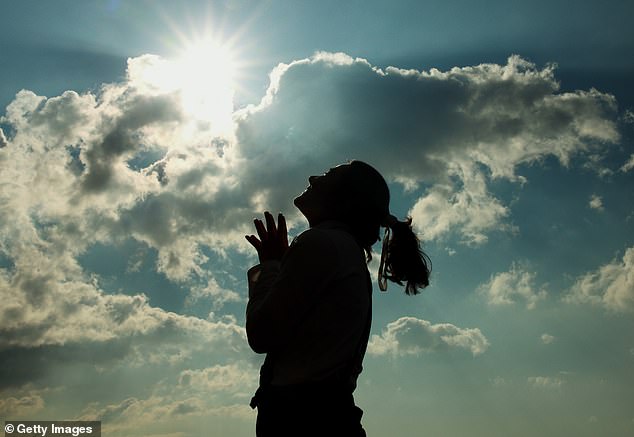 Yet in many other ways, Cured couldn’t be more timely. In this crisis, we are all thinking about our health like never before and the notion that we might, in some circumstances, be able to chase away life-threatening diseases ourselves, feels more resonant than ever.

Rediger introduces us to Claire Haser, who was 63 when, in 2008, she was diagnosed with the most aggressive form of pancreatic cancer. Told to expect no more than 12 months, she declined dangerous surgery in favour of letting ‘nature take its course’. But she resolved to focus not on dying, but on living ‘with as much zest and happiness as I could for however long I had left’. The year passed. Then another.

In 2013, she was hospitalised for a scan of her abdomen, unrelated to her cancer. Doctors were astonished to find the tumour had vanished.

Nobody knows for sure what made the tumour disappear. Diet was perhaps part of it; Claire had started eating much more healthily, but she’d altered her mindset, too, confronting certain fears and obstacles that had always held her back in life. All these factors, Rediger argues, allowed her immune system to do its job again.

Rediger has spent 17 years examining cases of spontaneous remission all over the world, looking for common ground. Many of the people he met, whose remarkable stories are explained by science as ‘flukes’ and by religion as ‘miracles’, had radically changed their lifestyles. This connection between mind and body has never been encouraged by Western cultures, but it is at the heart of Eastern medicine. 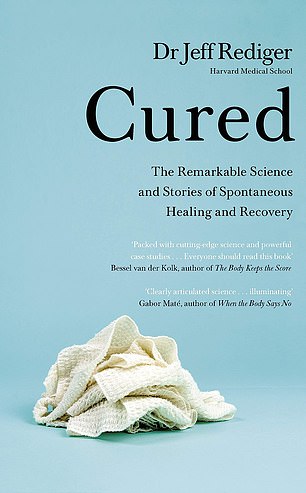 If you’re unconvinced by how powerful the mind can be in generating physical wellbeing, consider the placebo effect. Rediger recalls the case of a Mr Wright in 1957, who, dying from cancer of the lymph nodes, begged his doctors to try experimental drug Krebiozen.

As soon as they did, his astonished doctor reported that his tumours ‘melted like snowballs on a hot stove’. Two months later, reports circulated that this supposed miracle drug was a fake.

Mr Wright immediately relapsed, but as he lay on his deathbed, his doctor told him the reports were wrong and he had a double-strength version of the serum. He injected it. The tumours vanished again. But the doctor had injected only water.

Rediger wants Western doctors to embrace the ‘medicine of hope’.

He isn’t trying to dissuade us from seeking medical intervention. He accepts that, more often than not, there is no simple, non-medical equation; that ‘eat right’ plus ‘fall in love’ does not usually add up to a cure for cancer, or any of the other conditions that his spontaneous remission patients overcame.

But how reassuring it is, especially in these horribly uncertain times, to know that sometimes it does.