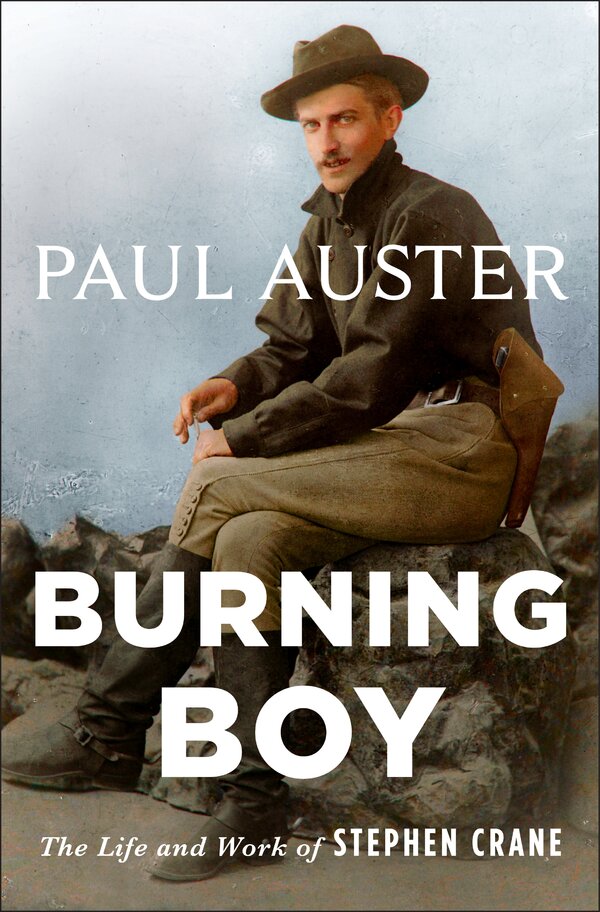 Crane needed work, and in the early months of 1894 he began to find it. Shut out from the New York papers since the calamitous article about the JOUAM parade in the summer of ’92, he had chanced upon the right person in Edward Marshall, and even if the encounter cost him a miserable week in bed, Marshall’s position as Sunday editor of the Press gave him the power to open the door and allow Crane back into the world of journalism. Marshall was just two years older than Crane, and beyond having the wit to recognize talent when he saw it, he was a generational ally who understood what was new and original in Crane’s work. Five days after Crane died at a sanatorium in the Black Forest on June 5, 1900, Marshall wrote a stunned, tight-lipped article for the New York Herald (“Loss of Stephen Crane—A Real Misfortune to All of Us”) that focused mainly on their wartime experiences together in Cuba but also touched on Crane’s first visit to the Potter Building: “One day . . . a young man came to my office with a letter of introduction. He was thin—almost cadaverous. He wanted work and got it. His article—written for a ridiculously low price—on tenement-house fire panics was one of the best things that he or any other man ever did. It was followed by other strikingly strong stories.”

[Return to the review of “Burning Boy.” ]

Marshall commissioned most of the pieces Crane wrote that year, but not all of them, and notably not the first one, which wasn’t commissioned by any newspaper or magazine editor but written on spec. Composed in February and published in the October issue of Arena, “The Men in the Storm” gives a close, firsthand look at the ravages created by the Panic on the city’s vulnerable working class. With unemployment continuing to rise and homeless men camped out on every downtown bench and street corner, New York had become the nation’s capital of breadlines, soup kitchens, and shelters. Garland had already thrown out the idea of writing about these conditions to Crane, and Crane, who was young and reckless and up for any challenge, seized his chance on February 26, 1894. At three o’clock that afternoon, an immense blizzard came crashing down on Manhattan, bringing a foot and a half of snow and forty-mile-an-hour winds that “began to swirl great clouds of snow along the streets, sweeping it down from the roofs and up from the pavements until the faces of pedestrians tingled and burned as from a thousand needle-prickings. Those on the walks huddled their necks closely in the collars of their coats and went along stooping like a race of aged people.” Crane rushed out into the storm and headed down to the Bowery wearing a thin jacket and no overcoat to carry out the assignment he had given himself: to keep watch on the locked door of a “charitable house” as men without work gathered in front of the door and waited for it to open. Inside, for five cents, “the homeless of the city could get a bed at night and, in the morning, coffee and bread,” and as more and more men continued to show up, they huddled together in a mass of undifferentiated bodies to protect themselves from the cold, “their hands stuffed deep in their pockets, their shoulders stooped, jiggling their feet” and pressing “close to one another like sheep in a winter’s gale, keeping one another warm by the heat of their bodies.” Before long, Crane began to notice that the men fell into two distinct categories—the recently unemployed and the habitually unemployed (“the shifting, Bowery lodging-house element”)—and that the out-of-work laborers “were men of undoubted patience, industry and temperance, who in time of ill-fortune, do not habitually turn to rail at the state of society, snarling at the arrogance of the rich and bemoaning the cowardice of the poor, but who at these times are apt to wear a sudden and singular meekness, as if they saw the world’s progress marching from them and were trying to perceive where they had failed, what they had lacked, to be thus vanquished in the race.” And yet, in spite of the gruesome weather and the bleakness of the situation, Crane was impressed by the jokes that circulated among the crowd, for “one does not expect to find the quality of humor in a heap of old clothes under a snowdrift,” and even as the “winds seemed to grow fiercer as time wore on” and “some of the gusts of snow that came down on the close collection of heads cut like knives and needles . . . the men huddled and swore, not like dark assassins, but in a sort of an American fashion, grimly and desperately, it is true, but yet with a wondrous under-effect, indefinable and mystic, as if there was some kind of humor in this catastrophe.” The men in the back of the line, fearful that the crowd was too big for everyone to be allowed in after the place opened, pushed forward against the ones in front of them, producing a ripple effect that closed the ranks at the head of the crowd and pinned the early arrivals against the locked door, but a policeman eventually turned up to maintain order, and no harsh words were spoken, no punches were thrown, and no one was injured. Long after darkness had fallen, the door of the shelter finally opened, and the men began to shuffle in. “The tossing crowd on the sidewalk grew smaller and smaller. The snow beat with merciless persistence upon the bowed heads of those who waited. The wind drove it up from the pavements in frantic forms of winding white, and it seethed in circles about the huddled forms, passing in, one by one, three by three, out of the storm.”

Crane, who had stood out there shivering in the cold for many hours, walked back to his room on East Twenty-third Street, spent more hours writing his seven-page article, and then crawled into bed and collapsed.