British Nuns, General Motors and Other Letters to the Editor 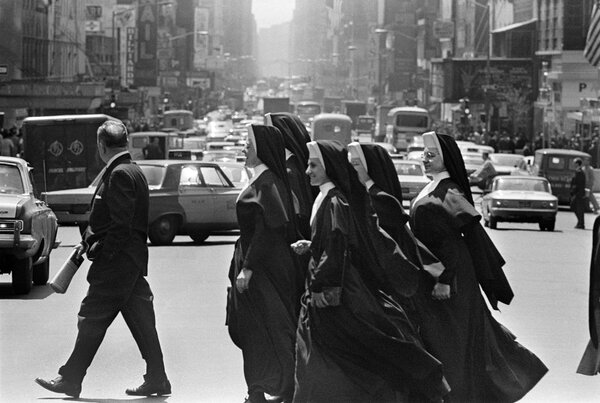 I greatly enjoyed Claire Luchette’s essay “A Superfluity of Nuns” (Sept. 19), and would like to put in a good word for my favorite novel about the profession (or calling): Muriel Spark’s “The Abbess of Crewe.”

Published in 1974, it’s a devastatingly clever story of a scandal among an order of British nuns whose leadership closely resembles that of high U.S. officials caught up in Watergate. Unlike the serious works of literature about the sisters of the cloth mentioned in Luchette’s essay, it’s laugh-out-loud hilarious.

In his ambitious review of two books on time and motion (Sept. 12), Simon Winchester mentions how General Motors “insidiously” put millions both on the road and in “near-permanent indebtedness.”

It’s worth noting that was not the most egregious plan of the company that built the ominously dramatic “Futurama” at the 1939 World’s Fair. In 1949, G.M., along with Firestone Tires and Standard Oil among others, was convicted in the “Great American Streetcar Scandal” of conspiring to monopolize the sale of supplies in the auto industry, which would have eliminated mass transit and ensured decades of dependence on cars.

How ironic also, the streetcars, cable cars and other light rail that they successfully put out of business were electric modes of transport.