Books That Changed Me: Tim Fischer

Tim Fischer is a former leader of the National Party, deputy prime minister, and author of five books. His sixth, Steam Australia: Locomotives that Galvanised the Nation, is published by the National Library of Australia. 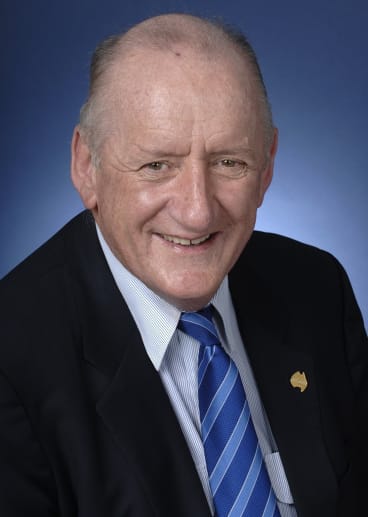 The Billabong series of 15 books was the Harry Potter series of bygone days in some ways. This was my first introduction to the Great War – World War I – and its impact on a local Australian family. For a reason I find hard to understand even today, it was World War I that attracted my detailed attention when my political and diplomatic career allowed, not the later huge conflicts such as World War II.

AROUND THE BOREE LOG AND OTHER VERSES
John O'Brien

Years ago and even now, there is a deep uplifting of the soul with reading a good book of Australian bush poetry. Given the ups and downs of farming in the Riverina at Boree Creek, the poem Said Hanrahan especially resonated, opening with the words: "We'll all be rooned." In tough seasons you need inspiration of all kinds, including by good poetry.

Quite apart from the sharp rebuke by Mark Twain of the break of rail gauge at Albury, Australia having invented 22 different rail gauges, this book gave me an incessant travel bug. This especially related to India where Twain went after Australia, reaching Darjeeling near Bhutan. My visits to Bhutan and the Himalayas never disappoint. Thanks Mark Twain.

THE DIARIES OF A CABINET MINISTER
Richard Crossman

The irascible Richard Crossman served under then British Labour PM Harold Wilson. I found this left-wing minister a noble proponent of how to administer huge unwieldy government departments, how to outwit "do nothing" tactics of bureaucracy. I learnt much but not so much from Alan Clark's diaries or equivalent Australian political diaries. The three volumes of Crossman's diaries should be a compulsory text for budding cabinet ministers in Australia, Canada and Britain.