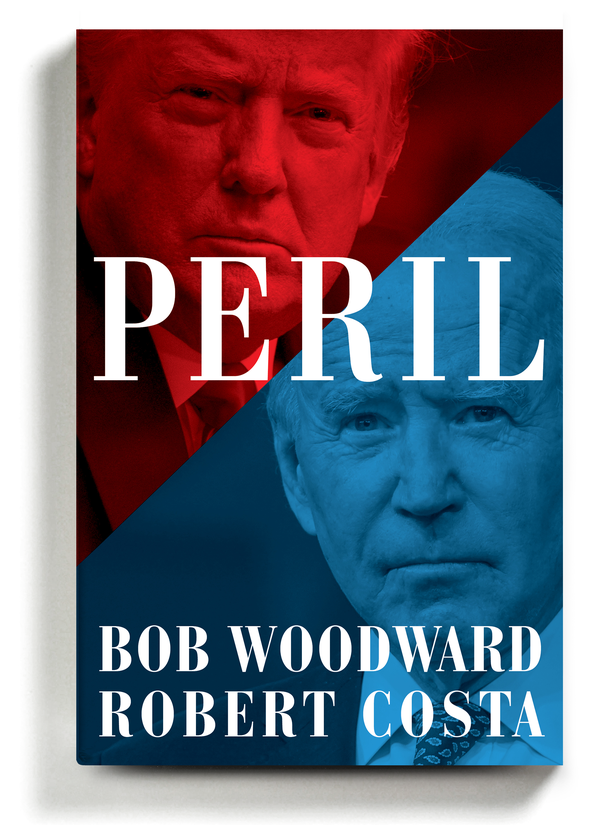 The titles of Bob Woodward’s three books about the Trump administration — “Fear,” “Rage” and now “Peril” — are appropriately blunt. The books, about the staccato stream of events that accompanied Donald Trump’s time in office, are written at a mostly staccato clip.

The frantic pace is redoubled in “Peril,” written with Robert Costa, Woodward’s colleague at The Washington Post. Broken up into 72 short chapters, it hurtles through the past two years of dizzying news. But while it covers the 2020 campaign season and the course of the pandemic and the protests after George Floyd’s murder and the opening months of Joseph Biden’s presidency, the book’s centerpiece is the riot at the Capitol on Jan. 6, and its primary concern is how President Trump behaved in the lead-up to and the aftermath of that crisis.

Books in this genre like to make news, and this one doesn’t waste any time. Its opening pages recount how last October and again in January, after the riot, Gen. Mark A. Milley, the chairman of the Joint Chiefs of Staff, had secret conversations with his Chinese counterparts to assure them that the United States was “100 percent steady,” despite what they might be seeing and hearing. “Everything’s fine,” he told them, “but democracy can be sloppy sometimes.”

The Chinese were concerned that Trump might lash out on a global scale in a desperate attempt to secure his power. Milley went over the process for nuclear strikes and other acts of war with his colleagues, to make sure nothing was instigated without his awareness. He was, Woodward and Costa write, “overseeing the mobilization of America’s national security state without the knowledge of the American people or the rest of the world.”

The authors then go back to begin charting the path to the extraordinary events of Jan. 6, alternating between Republicans’ attempts to corral Trump’s most outlandish behavior with scenes of Biden weighing whether to enter the 2020 race.

The day after the election, speaking to Kellyanne Conway, Trump “seemed ready, at least privately, to acknowledge defeat.”

The former New York mayor becomes a more prominent player here than in the previous books. (One especially brutal set of consecutive entries for him in the index reads: “hair dye incident,” “hospitalized with coronavirus.”)

In “Fear,” Woodward had noted that Giuliani was the only Trump campaigner to appear on a prominent Sunday morning talk show to support his candidate the week that the notorious “Access Hollywood” tape was leaked. He actually went on five shows, a rare feat. At the end, Woodward wrote, he was “exhausted, practically bled out,” but had “proved his devotion and friendship.” His reward? “Rudy, you’re a baby!” Trump reportedly yelled at him in front of staffers on a plane later that day. “I’ve never seen a worse defense of me in my life. They took your diaper off right there. You’re like a little baby that needed to be changed. When are you going to be a man?”

It will be left to psychologists, not historians, to write the definitive account of why Giuliani remained so steadfast to the president, but in “Peril” he’s portrayed as the prime force behind Trump’s refusal to let the election go.