Black Sabbath Paranoid 50th anniversary: Geezer Butler ‘We had no idea it would be a hit’

It was 50 years ago that Black Sabbath released their most famous album in Paranoid. Considered to be highly influential on the heavy metal genre, the record features a number of the band’s best-loved songs from the title track to War Pigs and Iron Man. Now in an exclusive interview with Express.co.uk, Black Sabbath bassist Geezer Butler has opened up on Paranoid’s inception and how it was far from a sure-fire hit in the band’s eyes.

Paranoid was Black Sabbath’s second studio album and one that needed to prove Ozzy Osbourne and the band had more to offer than just one record.

Butler said: “You can never be sure if an album will be a hit.

“It’s the crucial second album syndrome, where your first album could be a one-hit-wonder [and you’re wondering] whether people will like your new album or if you have been forgotten.

“We didn’t have an A&R person from the record company advising us, so we could only judge the album on our own preferences. So if we all as a band like what we were doing then that’s all that mattered.” 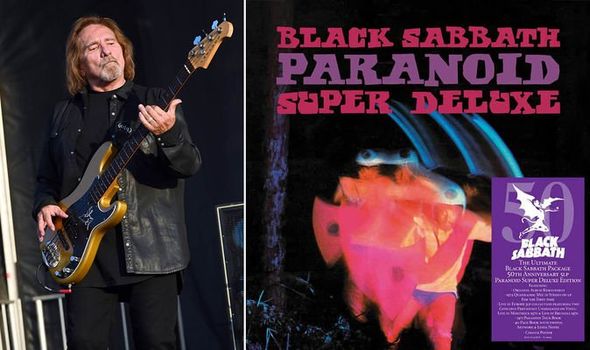 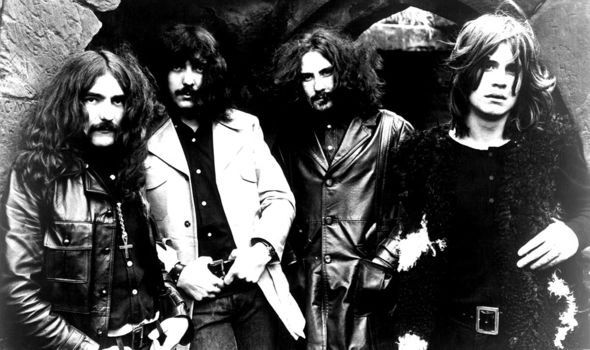 Butler is the primary lyricist of Black Sabbath, and says he wrote the lyrics to the Paranoid song “in about 10 minutes in the studio”.

The 71-year-old added: “It was about mental health problems that I had experienced.”

War Pigs famously berated the Vietnam War and “the pointlessness of war”, while Hand of Doom covered heroin addition in the military.

And Iron Man may make people think of Robert Downey Jr today but the Black Sabbath song was “about pollution and the future state of the planet.” 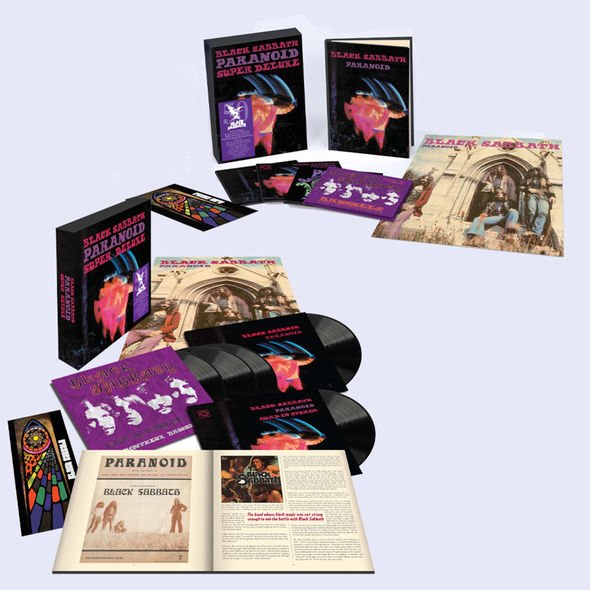 It’s long been rumoured that Paranoid wasn’t called War Pigs because the record company feared backlash over the Vietnam War, but Butler denies this.

The Black Sabbath bassist said: “No, the record company thought Paranoid was the strongest song on the album, as far as commerciality was concerned, so they suggested that as the album title.

“The original album title was Walpurgis, then War Pigs, then Paranoid.”

Butler was promoting the vinyl deluxe edition of Paranoid, which is a five-LP collection including the original album, a rare quad mix and the vinyl debut of two 1970 concerts.

On the new versions of his solo work, the bassist said: “I missed having the albums on vinyl.

“The sound should be on par with a CD, but it was hard tracking down the original master tapes so we had to do some work cleaning up the sound on them.”

The 71-year-old also teased how he has plans for a fourth solo album.

Butler said: “I have sooo many songs written, half-written or just riffs.

“It would probably take me three years to sort out which songs to do or work on, but I would like to do another one, just to have something finally finished out of all the ideas.”

Paranoid 50th Anniversary: Super Deluxe Edition, which is also available on CD, is out now and can be ordered here.

While Geezer Butler’s solo reissue albums in Plastic Planet, Black Science and Ohmwork are released on October 30th, 2020 and can be pre-ordered here.