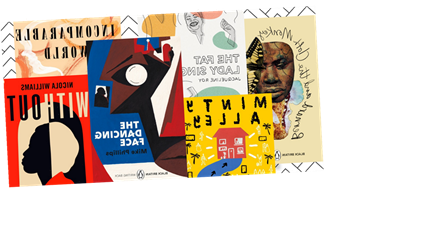 The Black Britain: Writing Back series is compiled of “rediscovered” works by Black British writers from the past 100 years.

With lockdown set to last for at least another few weeks, there’s never been a better time to set about discovering new authors.

That’s what makes the latest project from Girl, Woman, Other author Bernardine Evaristo so special. In collaboration with Penguin, the Booker Prize-winning author has compiled a series of six titles by Black British authors whose work has historically been erased or “lost”, in an attempt to correct the “historic bias” which dominates the publishing industry.

The series, called Black Britain: Writing Back, has seen each of the six titles republished with an introduction by Evaristo and a brand-new cover design by a Black British artist. There will also be an audiobook for each title voiced by actors including Adjoah Andoh (who most recently appeared onscreen as Bridgerton’s Lady Danbury), Ben Onwukwe and Nneka Okoye.

The titles include The Fat Lady Sings by Jacqueline Roy, which tells the story of Gloria and Merle, two patients on a psychiatric ward in 1990s London, and Without Prejudice by Nicola Williams, a “propulsive courtroom thriller” which follows a young Black woman called Lee as she forges a career as a barrister in the world of London’s obscenely rich.

Speaking to Penguin about the new series, Evaristo said she was excited to introduce the books “to new readers who will discover their riches”.

She explained: “These books will take the reader from 18th century London to 1920s Trinidad; from inside the heads of women in the mental health system to inside the life of a working-class Black woman barrister making her way in a white, middle-class, male profession; from the ethics of stolen African artefacts in British museums and into a family home haunted by past that linger in the present.”

While five of the books are titles originally published in the 90s (aka, contemporaries of Evaristo), the sixth book in the series – C.L.R James’ Minty Alley – was published in 1936 and was the first book by a Black Caribbean writer to be published in England.

Although the series is limited to six books for the time being, it will continue with another selection of non-fiction books in October 2021, so there’s plenty to look forward to from Evaristo’s new project.

Speaking to The Bookseller about her intentions for the series, Evaristo enthused about bringing “a wealth of lost writing back into circulation”.

She said: “While many of us continue to lobby for the publishing industry to become more inclusive and representative of our society, this project looks back to the past in order to ressurect texts that will help reconfigure Black British literary history.

“My aim is to present a body of work that illustrates a variety of preoccupations and genres that offer important and diverse Black British perspectives.”

The first six books in the Black Britain: Writing Back series are available to buy now.