HOW TO READ NUMBERS

Does swearing when you lift something heavy make it easier? According to one scientific study, shouting obscenities will help you shift that hefty wardrobe across your bedroom.

It seems halfway plausible until you look at the tiny numbers in the study. One experiment had 52 participants, the other 29. Perhaps swearing does make you stronger, but it seems [expletive deleted] unlikely. 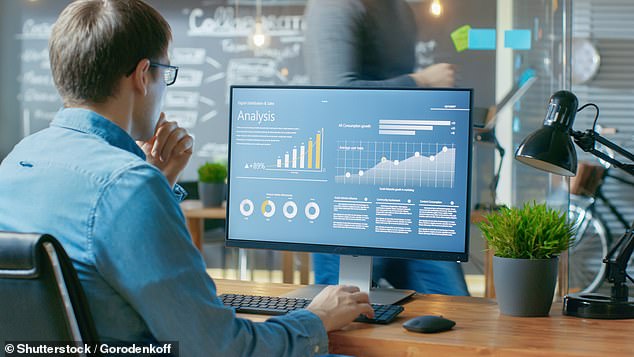 Tom and David Chivers have penned an explanation of how to interpret numbers, as the number of statistics we’re bombarded with has increased during the pandemic (file image)

As cousins Tom and David Chivers reveal in this fascinating, easy-to-read explanation of how to interpret numbers in the news, it’s best to be wary of large claims based on small samples. Remember Donald Trump and his advocacy of hydroxychloroquine as a treatment for Covid-19? It all stemmed from a trial on 42 patients.

Smallness of sample is not the only problem. So too is an unrepresentative one. You’d get a very biased view of average human height if you took your measurements at a basketball players’ convention.

And very different answers to the question of which was the greatest English football club in Manchester and in Liverpool.

The Chivers cite a classic story from the 1936 American elections. The Democrat F D Roosevelt won, taking 62 per cent of the vote, but one poll had confidently predicted victory for his Republican opponent by 57 to 43 per cent. They’d canvassed two million voters, but they’d contacted them by telephone.

Phones at the time were owned mainly by richer folk who were more likely to vote Republican. 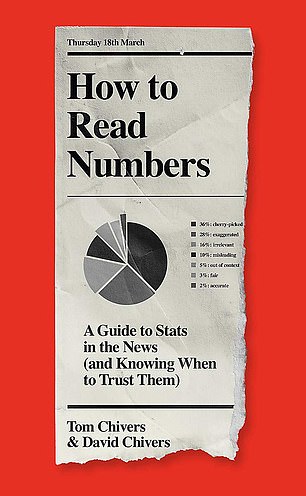 It’s also easy to make links between statistics where none exist. Sales of ice cream rise on the same days that drownings do. The explanation, obviously, is not that there is a causal link between the two.

Ice cream is nice on a hot summer day and so, too, is swimming which, unfortunately, leads to more drownings.

When we see a claim that X is linked to Y, we shouldn’t assume one causes the other. There could be some hidden thing, Z, which causes both.

When confronted by a number in a news story, it’s often difficult to assess its significance. Is that a big number? In London, over a 25-year period, 361 cyclists were killed. That seems a lot until you learn that, in the same quarter century, the average number of daily journeys by bike was 437,000. There was a one in ten million chance of a fatal accident per journey.

It’s also tricky to judge whether percentage increases are significant without knowing base numbers. To say that a political party doubled in size in a week would sound impressive, but not so much if it had one original member and he’d just recruited one more.

We are bombarded daily with statistics and the barrage has only increased during this year of Covid. ‘It’s wise to be wary’, point out the Chivers. Their enlightening book provides us with the tools to spot when we’re being led astray.