THE SECRET LIFE OF A VET

If the television series All Creatures Great And Small has taught us one thing, it’s that you’re nothing in the veterinary world if you haven’t put your arm up a cow’s bottom.

Animal lover Rory Cowlam wanted to be a vet from the age of four, and encountered his first cow’s rear end when he was 14 and doing work experience with the family vet, Mr Benson, who did his rounds in a vintage E-type Jaguar.

Vets examine cows in this rather intimate way to feel the uterus for signs of pregnancy. ‘It felt like submerging my hand in a warm sink of water while wearing a thin plastic glove,’ the author reveals in this lively account of his career so far. 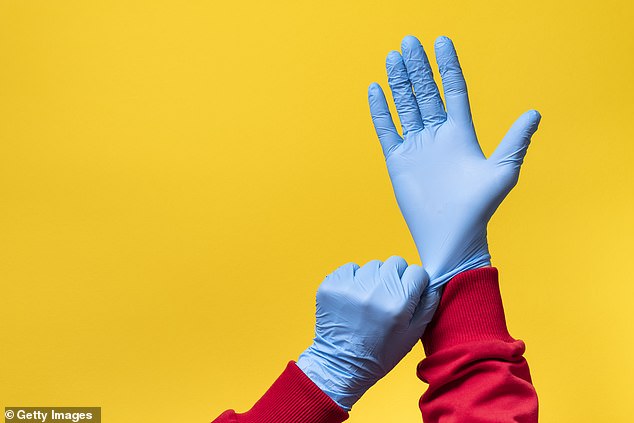 Rory Cowlam, who works at a small animal practice in South East London, has reflected on his veterinary career so far in his first ever book (file image)

Rory trained at the Royal Veterinary College in London and completed a month’s placement at a practice in Florida, where he helped to treat turtles, terrapins, cougars and crocodiles. Now working at a small animal practice in South-East London, he has also carved out a media profile, appearing on CBBC and Blue Peter. This is his first book, and it’s clear that veterinary work is not for the squeamish. Watching Mr Benson cut open a cat, Rory swooned and had to be removed from the operating room. And there is a heart-breaking description of his first day at a 24-hour animal hospital, treating a four-year-old Boxer called Ralph who was suffering regular seizures.

It soon became clear that Ralph was having so many seizures he’d have to be put to sleep. Rory’s description of the way Ralph wagged his tail as he was given that final injection, and the owner’s reaction, is a three-Kleenex moment.

Some of the owners are straight out of James Herriot. A lady of somewhat refined sensibility complained that her cat was very smelly. Then there was the owner who refused to have her dog inoculated against distemper on the grounds that the dog had no problems with his temper. (Distemper is actually a serious viral disease which can be fatal.)

Perhaps the most dramatic moment in the young vet’s career came when a professional dog walker brought in ten dogs, all vomiting and many also having seizures. The surgery went into full alert with vets rushing from all directions to receive the patients. Three of the dogs didn’t make it, and all because they’d taken a dip in a pond during a particularly hot morning and suffered algal bloom poisoning.

The book is not only a lively read, it’s informative, too. We learn that vets are a superstitious lot: Rory has a ‘lucky’ scrub cap. Also that cats are stoic and good at concealing pain, and that you can befriend them by blinking slowly.

Oh, and if you ever need to patch up a turtle shell, you should use epoxy resin. You never know when that tip might come in handy.