At Home With Our Ancient Cousins, the Neanderthals

Ever since we discovered their existence in 1856, Neanderthals have captured our imagination. While we find it easy to accept that the world is home to different kinds of bears, foxes and dolphins, we are startled by the idea of other species of humans. Just by being, Neanderthals challenge some of our most cherished ideals and delusions. Neanderthals force us to question the belief that Homo sapiens is the apex of creation and, more generally, what it means to be human.

These questions are now more urgent than ever. In 1856, it seemed that Neanderthals belonged safely to the past, and that Homo sapiens would forever dominate the great chain of being. In 2020, we are far less certain. New technologies might soon make it possible to resurrect the Neanderthals. Even more important, new technologies might make it possible to re-engineer Homo sapiens, or to create completely new kinds of humans.

New technologies have also revolutionized the study of Neanderthals and other ancient humans. Over the past few decades novel techniques to analyze stone, bone and DNA have made it possible to reconstruct what occurred around a Neanderthal campfire 100,000 years ago. A handful of tiny fragments are sometimes enough to determine what some Neanderthal ate for breakfast, what ailments afflicted her, what was the color of her skin and whether her parents were first cousins.

Every year, enormous amounts of new data about Neanderthals gush forth in scientific journals. The media has picked up the most sensational scoops, most notably that Neanderthals interbred with Sapiens, and that about 2 percent to 3 percent of our genes today come from Neanderthal ancestors. Yet for most people Neanderthals remain the brutish cave people familiar from countless cartoons. We think in stories rather than in data-bits, and the only thing that can replace an old story is a new one.

In her book “Kindred,” Rebecca Wragg Sykes aims to tell a complete new story about Neanderthals. She has done a remarkable job synthesizing thousands of academic studies into a single accessible narrative. From her pages emerge new Neanderthals that are very different from the cartoon figures of old. “Kindred” is important reading not just for anyone interested in these ancient cousins of ours, but also for anyone interested in humanity. 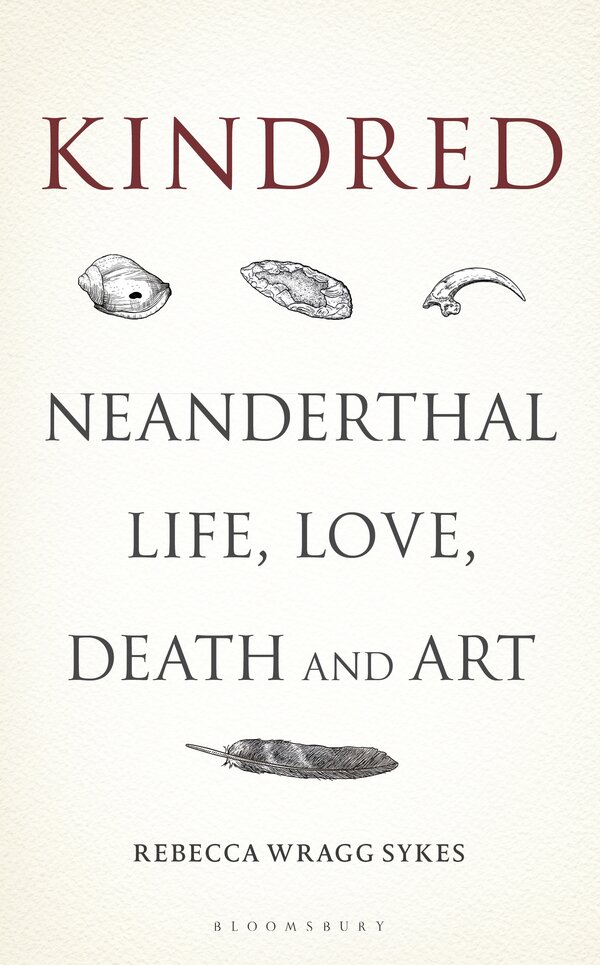 Sykes’s most important contribution is to understand Neanderthals on their own terms. We tend to discuss all other human species in relation to our own. We see them as steppingstones on the path to Sapiens, and we want to know in which ways we were superior to them, whether we had sex with them and whether we killed them off. But in Sykes’s story, Sapiens appear only as minor characters at the end. “Kindred” is about Neanderthals.

Sykes explains that Neanderthals were sophisticated and competent human beings who adapted to diverse habitats and climates. They ranged from the shores of the Atlantic to the steppes of Central Asia. They thrived in hot climates as well as in ice age tundra. In addition to iconic large game hunts, Neanderthals also fished in rivers, gathered a multitude of plant species and sometimes stole honey from beehives. They manufactured complex tools, made clothing from animal hides, constructed cozy shelters, occasionally buried their dead and maybe, just maybe, even created art.

Sykes’s book is as much a paean to the wonders of modern technology as it is to the skills of ancient Neanderthals. She describes, for example, how scientists unearthed tiny stone flakes in an Italian cave with some minute smudges on them. Careful analysis revealed that one 50,000-year-old smudge contained a mixture of tree resin and beeswax. Apparently, some innovative Neanderthals discovered that by mixing the two they could produce an adhesive to haft stone with wooden handles and create composite tools. The ability of modern scientists to determine such things is perhaps as startling as the ability of ancient Neanderthals to master such expertise.

Yet Sykes’s convincing arguments about the competence and diversity of ancient Neanderthals lead us back to the inevitable Sapiens question. Scholars always noted the suspicious coincidence that Neanderthals made their exit exactly when Sapiens appeared on the scene. But as long as scholars viewed Neanderthals as simple brutes barely scraping by in ice age Europe, it was easy to give Sapiens the benefit of the doubt. Some scholars said that climate change made conditions more suitable for Sapiens while Neanderthals couldn’t cope with it. Other scholars argued that Neanderthals were already on the brink of extinction even before Sapiens left Africa. Another option was that Neanderthals didn’t go extinct at all — they were assimilated into the expanding Sapiens population.

But Sykes’s new synthesis seems to rule out all these options. For over 300,000 years Neanderthals successfully weathered many climatic cycles and adjusted to numerous habitats. They were capable of innovation and adaptation. They disappeared quite abruptly about 40,000 years ago as a result of what looks more like a sudden shock than a protracted process of decline. And while we now have conclusive evidence that some Neanderthals interbred with Sapiens, the evidence indicates that these were isolated incidents, and that the two populations did not merge.

So what happened? If Neanderthals were so good, why did they disappear? Sykes does not provide a definitive answer, but her findings strengthen the suspicion that Sapiens had a hand in it. Apparently, Neanderthals were sophisticated and innovative enough to deal with diverse climates and habitats, but not with their African cousins.

Sykes provides convincing evidence that on the individual level, Neanderthals were in no way inferior to Sapiens. Neanderthal bodies were as fit, their hands were as dexterous and their brains were as big — if not bigger — than those of Sapiens. The Sapiens advantage probably lay in large-scale cooperation.

Sykes explains that Neanderthals lived in small bands that rarely if ever cooperated with one another. The only tantalizing clue that Neanderthal bands perhaps traded goods comes from a few stone tools. By analyzing different mineral signatures, scholars can identify the exact source of each stone. In a few remarkable cases, stones were sourced from more than 100 kilometers away. It is unclear, however, whether this indicates that Neanderthal bands traded precious items or that Neanderthals traveled over very long distances.

At the time when they encountered the Neanderthals, Sapiens too lived in small bands, but different Sapiens bands probably cooperated on a regular basis. There is much more evidence for long-distance trade among Sapiens, and spectacular burials like the 32,000-year-old Sunghir graves clearly reflect the combined effort of more than one band.

Large-scale cooperation did not necessarily mean that a horde of 500 Sapiens united to wipe out a band of 20 Neanderthals. Cooperation isn’t just about violence. Sapiens could more easily benefit from the discoveries and inventions of other people. If somebody in a neighboring band discovered a new way to locate beehives, to make a tunic or to heal a wound, such knowledge could spread much more quickly among Sapiens than among Neanderthals. While individual Neanderthals were perhaps as inquisitive, imaginative and creative as individual Sapiens, superior networking enabled Sapiens to swiftly outcompete Neanderthals.

This, however, is largely speculation. We still don’t know enough about the psychology, society and politics of Neanderthals to be sure. Perhaps the most surprising fact in Sykes’s book is that even if we count every bone fragment and every isolated tooth, so far we have found the remains of fewer than 300 Neanderthals. We have managed to extract an immense amount of knowledge from these very few witnesses.

In coming years we are bound to find some more. Over a period of 350,000 years, millions upon millions of Neanderthals walked the earth. As you read these lines, perhaps an archaeologist is discovering another Neanderthal bone in a cave in Germany, or Russian construction workers are amazed to find a frozen Neanderthal body inside the melting Siberian permafrost. As the evidence accumulates and our technology improves, the Neanderthals will keep surprising us. We are only beginning to understand their true story.