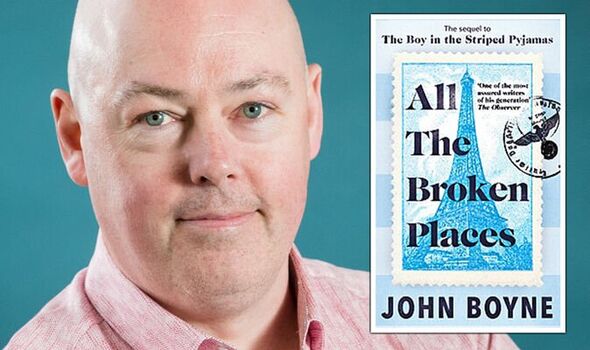 Steeped in grief and guilt and coloured by complicity and courage, it tells the story of Bruno’s elder sister, the long-widowed 91-year-old Gretel who is forced to confront the darkness of her family’s Nazi past in the quiet ordinariness of her present.

Boyne skilfully traces her story back to 1946 as conflicted Gretel and her unrepentant mother flee Poland for Paris, leaving behind horrific memories of all that happened in Auschwitz where 12-year-old Gretel’s beloved, monstrous father was commandant of the concentration camp.

The story charts the path of her life from France to Australia and on to the luxury London mansion block where she has lived for years, keeping her troubling secret.

When a young family moves in to an apartment in her block, Gretel’s carefully controlled world begins to start falling apart, but the novel begins to buckle too.

Gretel watches the troubling relationship between vulnerable, nine-year-old Henry – the same age as her brother Bruno when he died – and his aggressive father Alex Darcy-Witt. As the father becomes more abusive, Gretel decides that she must act.

But Darcy-Witt has discovered the disturbing truth of Gretel’s past, forcing her to choose between self-preservation or protecting Henry; the choice she makes is unbelievable and out of character.

All The Broken Places is a compelling read dealing with culpability, responsibility and Gretel’s life-long guilt, but the novel is derailed by Boyne’s evasive, over-the-top ending.