A Writer Who Finds Grace Beneath the Violence in His Stories

When I first encountered the work of David Means, I disliked it. The book was “Assorted Fire Events,” his second collection, published in 2000 and reissued in 2012 with an adoring introduction by Donald Antrim — whose work I adore, which is why I picked up the book. The endorsement notwithstanding, I found the stories plotless and, worse, formless. But there was one story, “What They Did,” that I could not stop thinking about. Its central moment, in which a mother looking out the kitchen window sees her young daughter fall through a hole in the seemingly solid earth, haunted me.

“What They Did” unfurls over a single nine-page paragraph in which time radiates outward in both directions from the spatial/emotional/historical zero point of the gaping hole. As the rescue attempt turns into a recovery effort, we jump back to the day that the newlyweds first toured the house, and further, to the construction of the neighborhood, when corner-cutting developers covered over a creek with concrete slabs, fill dirt and sod, rather than paying to have it diverted. We also move forward through the inevitable media circus and court battle, the abdication of responsibility by everyone except the girl’s mother, who sags beneath the weight of an irrational yet inexpiable guilt.

Means, like Proust or Woolf or Munro, is a time artist. (One might also mention the Denis Johnson of “Already Dead,” Richard McGuire’s graphic novel “Here” and, however improbably, the recent Halloween episode of “Bojack Horseman.”) What I had first taken for dislike was in truth a sort of altitude sickness. Once acclimatized, I recognized that I was having an encounter with radical originality, and that understanding this work on its own complicated, rewarding terms would mean rethinking what a story could be. Since there’s no zealot quite like a convert, let me save you some time.

Means’s first story collection, “A Quick Kiss of Redemption” (1991), is fairly traditional, but one can already feel him chafing at the surly bonds of realist norms. A native of Kalamazoo, Mich., Means imbues the world of “Quick Kiss” with winters on the snowmobile and summers on the lake; it’s a place where a loaded 12-gauge is just common sense, and the awe inspired by a set of train tracks is that they could take you “all the way to Chicago, or Detroit, depending on the way you go.” The later collections — the pathbreaking “Assorted Fire Events,” “The Secret Goldfish” (2004), “The Spot” (2010) and now “Instructions for a Funeral” — take us farther afield in place and time, but tend to return either to the Michigan of Means’s youth or to the Hudson Valley, where he now lives, and where down at the edge of the half-frozen river, “the soft shish of ice sliding over itself as the tide swept upstream, or down, became audible when the traffic noise on the road behind them subsided.” This is from the new book, from a story called “Farewell, My Brother,” and if the title echoes Cheever the characters are pure Means: railroad bums and wharf rats and other castaways whose lives have been shattered by violence, loss and chance. Means extends the profound empathy of his attention to those who need it most, even if they deserve it least, which must be why he writes so often about adulterers, criminals and teenagers. 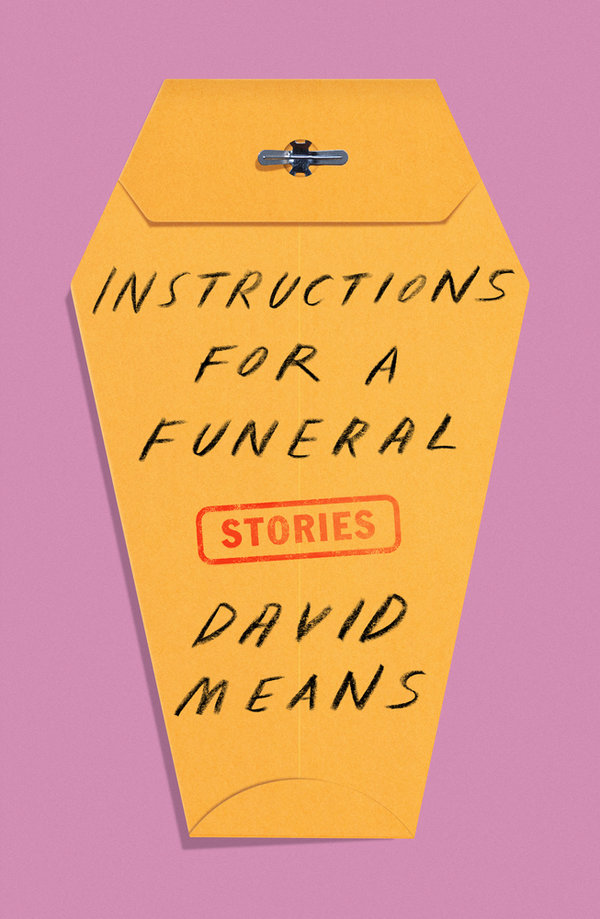 Like Flannery O’Connor, Means senses that beneath every act of violence there pulses a vein of grace, a redemptive potential yearning to be tapped. This is a central tenet — arguably the central tenet — of Christianity, reified at the Crucifixion, which, if you believe it, is the eschatological zero point toward which all prior history was aimed and out of which all future history emerges. And because one must never lose sight of that point, there is a perpetual turning back toward it even as the distance from it grows, so that the structure of time is no longer a line but a spiral. I don’t know whether Means “believes” this in the same way that O’Connor (a devout Catholic) did, but his commitment to exploring its implications is the rock on which his writerly project is built.

In a story in the new book called “The Ice Committee,” a veteran-turned-drifter recalls “how me and Billy-T found ourselves in the hot and heavy in Hue,” so they call for air support. “We hated them the way you’d hate any savior,” he says. “They saved your life and took it at the same time, if you know what I mean.” As it happens, the other drifters don’t know what he means (or if they do, they won’t admit it) but the reader does. This man survived the war, which anyway ended decades ago, but there’s a part of him forever imprisoned in that afternoon in Hue, a frightened kid saved and broken as his prayer for rescue is answered in the form of a flood of fire from the sky.

Means’s recursive, iterative approach links individual stories to one another within a given book and connects each book to the rest. The narrator of “The Ice Committee” seems to be Kurt from “Farewell, My Brother,” and Billy-T, who appears in both stories, is a character in Means’s 2016 novel, “Hystopia,” as well as the title story of “The Spot.” Two of the best stories in “Instructions for a Funeral” are historical: “Fistfight, Sacramento, August 1950” and “The Tree Line, Kansas, 1934.” The dryly descriptive titles have a precedent in “Railroad Incident, August 1995” from “Assorted Fire Events.” The trilogy is linked not by character or place, but rather by the American male tendency to seek self-definition in conflict, because it’s easier to do harm and be harmed than to abide in the vulnerability that love requires, or to admit that violence is only the failed exorcism of one’s own wild craving for oblivion.

“Instructions for a Funeral” is Means’s second collection to take an epigraph from William Carlos Williams’s “Spring and All.” In “The Secret Goldfish,” we were warned that “The pure products of America / go crazy” — an axiom proved by any given Means story. The new book’s epigraph explains that “to refine, to clarify, to intensify that eternal moment in which we alone live there is but a single force — the imagination.” This would seem to speak less to subject than to process, which is fitting, since this is Means’s most self-reflective and self-reflexive book to date.

Half the stories in “Instructions for a Funeral” are apparently narrated by the same person (or at any rate, persona), a writer in the Hudson Valley who is increasingly agnostic about his work’s ability to effect the kinds of transformation on which he has long staked his aesthetic and spiritual claims. One of these stories (“Fatherhood: Three”) was first published as a personal essay. Another, “Carver & Cobain,” has a headnote in which the writer-character describes his failure to produce a coherent fiction out of two biographical sketches: one of the legendary story writer Raymond Carver, the other of the grunge-rock icon Kurt Cobain. The connection was based on the fact that both men were from tough mill towns in Washington State, which remind the writer of the rural Michigan of his own childhood. But he never managed to connect these dots, and so presents the work as unfinished and abandoned, a failure. As a gesture, this is either incredibly lazy or incredibly brave. Or maybe, just maybe, the story’s performance of failure is the true subject of its inquiry, in which case (i.e., considered as an exploration of artistic implosion) it succeeds, albeit with an asterisk by the win.

Certainly, “Carver & Cobain” encourages us to revisit “Confessions,” the book’s essayistic opener, in which the writer-character reflects with candor on his successes and failures over “30 years” spent heeding “a gut feeling, a need to reveal something and to pin it down forever.” “Carver & Cobain” also sets up the final story, “Two Ruminations on a Homeless Brother,” in which the same experiment (unrelated narratives forced to generate meaning through the friction of proximity) is an unqualified success, no hem-hawing headnote required. All this makes sense for a writer who is devoted to “the compressed intensity of the moment,” yet whose most frequently used transition is “Years later.” “Instructions for a Funeral” is both sweeping and narrow, panoramic and fragmentary, possessed, as Means writes in “The Ice Committee,” by “a gloriously full understanding … fractured to shards.” What beauty there is in their jagged gleaming. What pleasure it gives us to gather them up, and to dream of a world made whole.

Justin Taylor is the author of a novel, “The Gospel of Anarchy,” and two story collections, most recently “Flings.” His next book, “Riding With the Ghost,” will be published in 2020.