A Scholar of Religion Confronts Her Own Grief

Everyone mourns differently. There is no template for grief. Religions offer frameworks, structures, rituals and prayers — but these, as Elaine Pagels, a professor of religion at Princeton University, makes abundantly clear in her new memoir, are no substitute for the inner work that the deaths of our loved ones force on us.

Pagels comes by her knowledge honestly. She lost her first child, born with a hole in his heart, when he was 6, and soon thereafter her 49-year-old husband slipped and fell to his death while hiking, leaving her with two children under the age of 2. A recounting of her personal story has been a long time coming. Her husband and child died more than 30 years ago, and reading about her life, love, work and unimaginable pain, we can feel how difficult it has been for this reserved scholar of early Christianity to enter the black hole of her feelings. Her account has none of the frenzied and claustrophobic madness of Joan Didion’s “The Year of Magical Thinking”; nor the wild pain and rushing love of Sonali Deraniyagala’s “Wave,” written in the aftermath of the sudden death of her family in the 2004 tsunami. 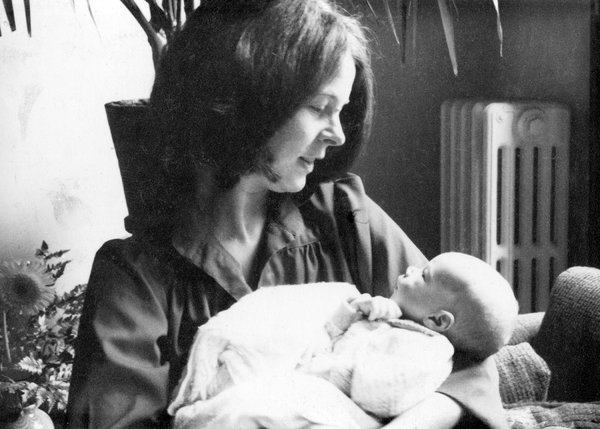 This is the story of a woman for whom the refuge of academia and its pursuit of wisdom ultimately offered what she needed to heal her broken heart. Fueled by her intellect, and fortunate to have access to the Gnostic Gospels — 52 first-century or second-century Christian texts unearthed in 1945 by an Egyptian Arab farmer digging for fertilizer an hour’s drive from ancient Thebes — Pagels, bravely, forthrightly and with a characteristic minimum of fuss, cracks herself ajar. This is a minimalist work of great majesty, akin to a shimmering Agnes Martin painting, whose stripped-down aesthetic allows light to pour forth from her canvas.

Pagels sets up her story beautifully. Raised in Palo Alto by an aloof biologist father and a mother who played Chopin on the piano but could offer comfort only when her daughter pretended to be ill, Pagels rebelled by embracing evangelical Christianity when she was 15. Born again, she felt a whiff of the unconditional love long denied her. That was 1958 and her conversion did not last long. By 1960 she had found a renegade tribe of artists, poets and musicians, and, instead of feigning illness, skipped school to drink coffee in Menlo Park with, among others, the young Jerry Garcia, newly discharged from the Army. Her first brush with death came when Garcia and three friends had a deadly car accident, throwing him through the windshield and killing their 16-year-old mutual friend. Garcia credited the accident with giving him purpose — the moniker “Grateful Dead” is said to spring from it — while Pagels began to ask the questions that form the backbone of this book. “Where do the dead go? And how to go on living?”

After graduating from Stanford, Pagels came to New York City to take dance classes with Martha Graham. She was good, but not the best, and was soon on to Harvard Divinity School, where she could be better. Almost as an aside, she tells a devastating story about one of her first professors, a Lutheran minister, who demanded that she babysit for his four children. Returning with his wife at midnight, he coerced her into sleeping on his basement couch. At 2 in the morning he came fumbling for her breasts. Though she managed to fend him off, she was nevertheless compelled to accept him as her adviser for the next five years. She calls him out in this book, admitting that it took her years to do so, and the implications are clear. The best and the brightest women were expected to act as the young Elaine did. “In the morning I pretended everything was normal,” she writes. This default coping strategy, deployed again and again as her traumas mount, is one she eventually explodes.

Pagels married the physicist Heinz Pagels while still in graduate school. She is remarkably circumspect about their 20-year marriage — it sounds perfect except for the one time, after the death of their son, when Heinz, pushing his grief away, talked a little too loudly at a dinner party and made Elaine uncomfortable — but she does offer at least one surprise. Heinz encouraged her to take LSD shortly after they married and she gives one of the most succinct reports about its merits ever written. Expecting a Christian vision, she instead sat for five hours gazing, “ecstatic and speechless,” at her garden, seeing “everything as alive as fire, gloriously intertwined.” “I guess that solves the dying problem,” she remarked when she could finally speak. Reading about her subsequent ordeals, we wish it were that simple.

For decades Pagels avoided her personal pain while coping with what was left of her life. But undertaking this book, and several visits to the enveloping silence of a Trappist monastery, prompted her to look inward. As she did, the secret Gospels began to speak to her. “If you bring forth what is within you, what you bring forth will save you,” they counseled. “If you do not bring forth what is within you, what you do not bring forth will destroy you.” In a sober and measured voice, punctuated by a barely contained fury, Pagels reveals how profound this advice turned out to be.

Several years before his death, Heinz Pagels had a prophetic dream. “I was clutching at the face of a rock but it would not hold,” he wrote at the close of “The Cosmic Code.” “Gravel gave way. I grasped for a shrub, but it pulled loose, and in cold terror I fell into the abyss. Suddenly I realized that my fall was relative; there was no bottom and no end. A feeling of pleasure overcame me. I realized that what I embody, the principle of life, cannot be destroyed. It is written into the cosmic code, the order of the universe. As I continued to fall in the dark void, embraced by the vault of the heavens, I sang to the beauty of the stars and made my peace with the darkness.”

Pagels does not quote her husband’s vision. It was not as easy for her as his dream made it seem for him. In fact, in one of the more poignant passages in a book that is full of them, Pagels senses the presence of her deceased husband. “So how do you feel about this?” she asks him. Startled, she receives a reply. “This is fine with me,” he says, “it’s you I’m concerned about now.” Pagels is incensed. “Fine with you? You leave me with two babies and it’s fine with you?” Do husbands never change?

In the end, though, Pagels makes her own peace, not through religious doctrine or mystical experience — although both are vivid in her account — but through a willingness to look squarely at her pain. Suffering happens to everyone, she eventually realizes; it is not a sign of personal failure. Religion helps make suffering sufferable, but so does science. The randomness of the universe explains loss better than the doctrine of original sin. And, miracle of miracles, even if things are still not fine with her, “sometimes hearts do heal, through what I can only call grace.”

Mark Epstein is a psychiatrist in New York City. His latest book is “Advice Not Given: A Guide to Getting Over Yourself.”