There’s something refreshing about an author who harbors no illusions about his own book — especially when that book is about the current occupant of the White House, whose chaotic energy has spawned a booming industry of insider accounts and cris de coeur.

Andrew Weissmann, who served as one of Robert Mueller’s top lawyers in the special counsel’s investigation into the 2016 election, knows that his new memoir, “Where Law Ends,” won’t destroy “the machinery of information that separates fact from fiction,” but he wants to enter his experience into the historical record. “If the special counsel’s office did not write our own story, it would be written for us by outsiders who did not know what had occurred,” Weissmann explains in his introduction.

What follows, though, doesn’t exactly burnish the legacy of the special counsel’s office, and I have to imagine that this book will probably strike the famously tight-lipped Mueller as an act of betrayal. Weissmann’s portrait of his boss is admiring, affectionate and utterly devastating. Mueller enters the narrative like the ideal boss: no-nonsense, unfailingly honest and also prone to quirks like a penchant for hazelnut decaf sweetened with a glug of Bailey’s-flavored nonalcoholic creamer. By the end of the book, Mueller seems trapped by his old-fashioned establishmentarian instincts, so worried about overstepping his role that he erred on the side of “understepping it,” Weissmann writes, issuing a “mealy-mouthed” report that showed the president had obstructed justice while refusing to say as much.

Mueller’s fundamental flaw, Weissmann says, was a persistent faith in a Justice Department headed by his old friend William Barr. The Mueller team had meticulously laid out their findings in their 448-page, antiseptically worded report, only to be “blindsided” by Barr’s four-page self-styled summary, which Weissmann depicts as a nakedly cynical distortion of the truth: “We had just been played by the attorney general.”

Weissmann’s previous experience prosecuting financial chicanery (Enron) and organized crime (John Gotti, known as “the Teflon Don”) proved to be useful. Mueller appointed him the head of Team M — as in Team Manafort, tasked with investigating the political consultant who served as the Trump campaign’s chairman during the summer of 2016. A good part of the book is devoted to showing how Weissmann and his colleagues built their case against Paul Manafort for violating lobbying and financial laws; Manafort, who had extensive experience with pro-Kremlin forces in Ukraine, was sentenced to seven and a half years in prison (and recently released to home confinement, because of the pandemic). 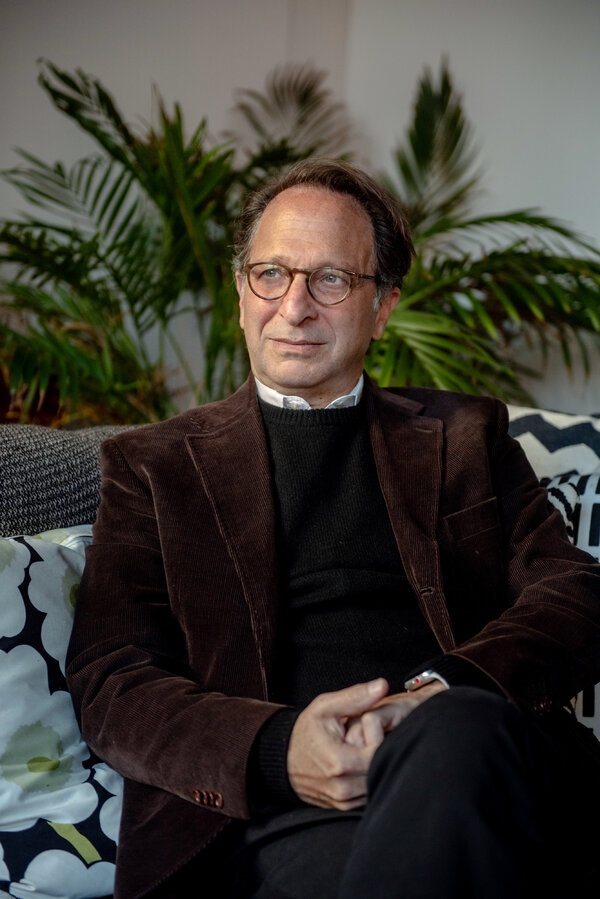 Team M got people to flip on one another, working its way up the chain of command. A big break came when a hapless millennial who was hired by Manafort as an all-purpose errand boy revealed that Manafort had passed down his old devices and computers, instructing him to wipe them before using them — something this particular employee didn’t always take the time to do.

Manafort is depicted in this book as lying to everyone — even trying to orchestrate an elaborate kickback scheme so that he could offer to work for the Trump campaign for free while siphoning money from a pro-Trump PAC. Weissmann and his team puzzled over why Manafort kept hiding this particular instance of chicanery after admitting to others, thereby jeopardizing his own plea deal. The probable reason, it turns out, was tweeting them in the face: Trump, who Weissmann says wasn’t especially fond of Manafort, had taken to social media to issue public declarations of sympathy for “Paul Manafort and his wonderful family. Such respect for a brave man.” If Manafort was ultimately angling for a presidential pardon, the president would undoubtedly be incensed to learn that Manafort had been cooking up a scheme to get paid behind Trump’s back.

“Mobsters used the threat of ‘whacking’ potential cooperators to keep everyone in line,” Weissmann writes. “The president had the power to pardon to reward those who stayed loyal.” It’s a startling analogy that Weissmann delivers in his characteristically muted, matter-of-fact style. Unlike the other Trump books that get hyped as “explosive,” this one lays out its case so patiently that its conclusions arrive not with a bang but with a snap — the click of an indictment falling into place.

Yet the president isn’t the main subject of this book’s investigation — that evidence was already compiled in the Mueller report. What Weissmann’s book provides is the inside story of how the country’s institutions have so far failed, he says, to hold a “lawless White House” to account. Weissmann describes two factions on the Mueller team — those who tried to push for a tougher approach, and others like Mueller’s deputy, Aaron Zebley, who could be cautious to the point of rank timidity. On the subject of Russian interference in the 2016 election, Mueller’s team had found communications among professional trolls, employed by the Kremlin, crowing about their celebrations after Trump won. Zebley insisted they omit such evidence from their final report, Weissmann says, for fear that it was “too salacious.”

But we live in salacious times, and Weissmann’s book is a fascinating document — a candid mea culpa, a riveting true-crime story, that’s nonetheless presented in the measured prose of someone who remains a stalwart institutionalist. The title of the book comes from a quote by John Locke — “Wherever law ends, tyranny begins” — and Weissmann’s suggested solutions reflect his own faith in the perfectibility of institutions. He proposes granting the power to appoint a special counsel to the director of national intelligence — a pretty idea that isn’t entirely explicable, considering that the director of national intelligence is a cabinet-level official who reports to the president.

Weissmann reserves his most scathing words for Attorney General Barr, someone whom Weissmann used to respect, but who now gets pride of place in the same “gaggle of presidential defenders and conspirators” that includes Trump’s “attorney/fixer” Rudy Giuliani. Here Weissmann delivers the kind of forceful, ringing indictment that Mueller’s report did not; Barr, he says, is one of the “old white men who’ve participated in, or condoned, improper or illegal conduct by the White House.”