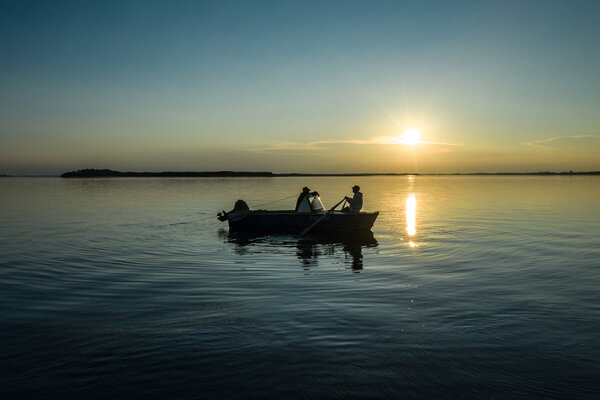 THE AMUR RIVER
Between Russia and China
By Colin Thubron

Travel writing is a complicated pleasure. Titillating stories of faraway lands date to at least as far back as the fifth century B.C., when Herodotus wrote of a goat-footed people far to the north, and of the cannibals beyond them. Ibn Battuta’s and Marco Polo’s accounts of their adventures in the 13th and 14th centuries are still widely read, but as a modern genre, travel writing would not take off for another few centuries, until European colonialism had opened Africa and Asia to assorted gentlemen — and occasional gentlewomen — travelers. Think of Sir Richard Francis Burton, who searched out the source of the Nile and visited Mecca disguised as a Muslim pilgrim, or T. E. Lawrence, he of “of-Arabia” fame.

Burton and Lawrence were military men, but civilian contributors to the genre also did their part, intentionally and not, to further the cause of European dominance. The scholar Edward Said would famously argue that travel writers’ creation of a backward “Oriental” other was crucial not only to the inflated self-image of the West, but also to the actual maintenance of empire. “From travelers’ tales, and not only from great institutions,” Said wrote, “colonies were created and ethnocentric perspectives secured.” This was not limited to the Levant. Mark Twain’s “Roughing It,” for instance, made it easier for white readers to feel just fine about the extermination of American Indians he described as “the wretchedest type of mankind I have ever seen.”

If the weight of this legacy has spurred critical self-awareness among some more recent practitioners in the genre, Colin Thubron does not seem to be among them. He is an Englishman of a decidedly old-school sort — Eton-educated, the son of a military diplomat — and his first forays into travel writing fit neatly into the Orientalist mode. In “Mirror to Damascus,” published in 1967, he wandered that city’s alleys and souks, dwelling on its ancient past, uninterested in the contemporary realities of an independent Syria. His was the familiar invented “Orient of memories” discussed by Said: all “suggestive ruins,” and “forgotten secrets,” the present inhabitants having little to offer. In his 1969 “Jerusalem,” Thubron repeated tropes that appear to us today as racist: “The old Arab qualities remain. The people are ever quixotically proud, yet yielding, secretive, mercurial. Facts and logic grow dim under the surge of their dreams and senses.”

But the frontiers of empire had by then already shifted. In 1983, Thubron published “Among the Russians,” his account of a 10,000-mile solo journey by car behind the Iron Curtain. It can be a fun read, keenly and affectionately observed, but Thubron is upfront about his Cold War loyalties, which means there is a hard limit to the sort of exploration he is capable of undertaking. The moral superiority of the narrator’s civilization goes unquestioned. However fondly he may feel about the people he meets, he remains an observer behind enemy lines. Soon Thubron would learn enough Mandarin to travel alone through China too. In the years since the collapse of the Soviet Union and China’s embrace of capitalism, he has remained focused on East and Central Asia with one book on Siberia, two on the Silk Road, another on Tibet.

Thubron’s latest, “The Amur River: Between Russia and China,” is hence not entirely new territory for him. Though the Amur, called the Heilongjiang in Chinese, is longer than the Indus and as politically consequential as the Rio Grande, it remains largely unknown in the West. Beginning about 500 miles east of Russia’s Lake Baikal and almost that far from any significant human settlement, it spills into the Pacific just past the grim, Russian harbor town of Nikolaevsk, Thubron’s final stop. Because it forms the border between Russia and China for more than 1,000 miles, much of its length is off limits even to travelers as determined as Thubron. Perhaps to make up for it, he begins his journey at the source of the source: the marshlands of northern Mongolia where another river, the Onon, is born in a trickle that, when it crosses into Russia, becomes the Shilka and eventually the Amur.

Even where it is not a highly militarized border zone, this is forbidding country. In Mongolia, Thubron passes through the Khenti Strictly Protected Area, a vast reserve of mountain, swamp and steppe that includes the birthplace and legendary burial site of Genghis Khan. There are no roads, so he travels on horseback with local guides, and breaks an ankle and two ribs for his effort. In Russia, the climate is bleak, the isolation profound. Already sparse populations are dwindling fast. Only on the Chinese side, where Thubron spends relatively little time, is there much infrastructure or social vitality. There, cities are sprouting almost overnight, forests giving way to factories and farms.

Thubron hires guides, hitches rides, hops a train when he has to, and chats up whomever he can. The Russians, it turns out, fear and resent the Chinese. The Chinese feel much the same about the Russians, though with perhaps less fear than contempt. Their shared history is not a pretty one. In 1689, after Manchu armies uprooted Cossacks from forts they had established throughout the region, the czar ceded the Amur basin and much of Siberia to Beijing. By the mid-19th century, China had been hobbled by rapacious European powers, including and particularly by Britain. In 1858, Russia took back all lands north of the Amur. It was hardly worth it. The Amur, difficult to navigate even when it wasn’t frozen, formed a poor highway to the Pacific. The towns that Thubron visits on the Russian side are dour, alcoholic, near-abandoned. On the Chinese side, new cities “gleam with the future.” There, the pace of change is so furious, the past is all but lost.

It is in the past, though, that Thubron seems most comfortable. Everywhere he can, he visits museums, cemeteries, sites of half-forgotten massacres. In the Mongolian steppe, he peers through the window of a ruined monastery alleged to be haunted by butchered monks. “I glimpse only a disintegrating prayer-hall,” Thubron writes, “and the advance of swarming fungus.” At its best, “The Amur River” evokes a sense of history advancing as just such a swarm, erecting and toppling empires, goading hopes and trampling dreams.

But this vision rarely comes into focus. Mainly, it hovers over the text as an ambient sense of loss. Meanwhile, Thubron’s interest in contemporary political dynamics remains hazy. He acknowledges the ecological carnage wreaked by illegal logging and poaching — one of his guides is a poacher — but he presents these phenomena as local dilemmas, turning a blind eye to the global circuits of capital that make them profitable. He shies from making connections of any sort between the world through which he travels and the one in which we live, as if the places he explores exist on some other planet.

More inexplicably, Thubron ignores the one factor that is altering the landscapes through which he travels more than any other. He explicitly mentions climate change just once, when a woman he meets alludes to the catastrophic floods that hit the Amur in 2013. Such deluges, he notes, “are the bane and terror of the river. Climate change has not abated them.” But there is nothing timeless about the Amur’s flooding. The river rose higher in 2013 than it had in any year since record-keeping began. Rising temperatures and shifts in rainfall make floods more common and extreme, just as they have caused devastating drought, uprooting hundreds of thousands of people in the parts of Mongolia through which Thubron traveled. He did not notice them, choosing instead to write about Genghis Khan and the cruelties endured under communism.

Thubron never says why he wanted to follow the Amur, nor what, if anything, he hoped to learn. It must have seemed important — Thubron was nearly 80 when he set out — but one begins to suspect it was just pride that motivated him, or force of habit. This silence robs his account of urgency. His wanderings feel aimless: another rotting Russian town, another sad museum, another undulating vista. It doesn’t help that the Cold War mind-set Thubron brings with him excludes far more than it is capable of holding. The role he was able to comfortably play for so many years, the confident scout of a society certain of its power, is no longer viable. You can feel the loss in the sag of his narrative.