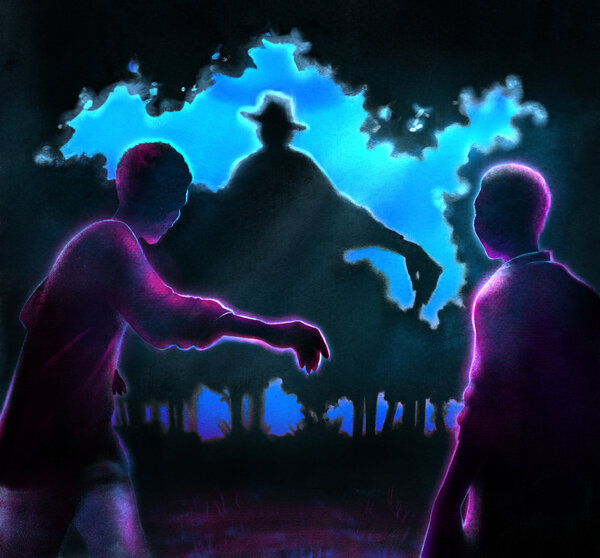 THE SWEETNESS OF WATER
By Nathan Harris

“The Sweetness of Water” is set in the fictional town of Old Ox, Ga., not long after Emancipation. It begins with a white man named George Walker hunting a mysterious animal in the woods. He doesn’t find the animal, but he does come across two formerly enslaved Black men: brothers named Prentiss and Landry. Though he’s startled, Walker doesn’t turn his gun on them or release a torrent of racist rage. He’s respectful, even though they are on his land. Prentiss and Landry are taken aback by the appearance of this white man but don’t seem to be frightened. Walker asks the brothers if they have water and one hands over a canteen. Walker asks if they’ve seen the nameless animal. They haven’t. They offer Walker a piece of meat; he politely declines and then the men talk a bit more. We also learn, via flashback, that Walker has recently been informed that his son died in the war. When Walker turns to leave, he realizes that a hip injury he’s been nursing has flared up and that he’s going to have trouble getting home, which leads to the following exchange:

“I should be heading home,” George said. “My wife will be worried. If you could give me some assistance … I’d make it worth your while.”

Prentiss was already standing to help.

“I mean, you two could stay here, if you wished to. For a time.”

“Let’s not worry about that right yet,” Prentiss said.

“And if there is something else I could assist you with, perhaps.”

Ignoring George, Prentiss put a hand beneath his arm and lifted him in one swoop, before the pain could set in.

They walked as one through the trees with Landry trailing them. Though George needed the stars for guidance, it was all he could do to keep his sight straight ahead to stop himself from falling over, from giving in to the pain. He placed his head in the nook where Prentiss’s chest met his shoulder and allowed the man to balance him.

Well. This is not the opening to a novel set in the post-Civil War South that any reader would expect. And the surprises keep coming. Walker hires the brothers to work his land, paying them a fair wage and sometimes dining with them, along with his wife, Isabelle. In this novel, Nathan Harris’s first, almost every time you expect a scene of horror, you get a scene of kinship instead.