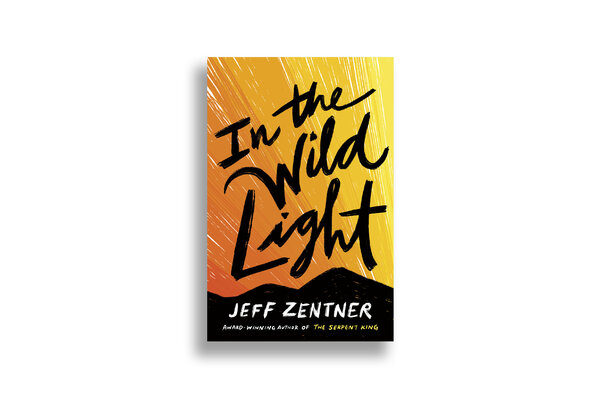 IN THE WILD LIGHT
By Jeff Zentner

It is clear from the start that something rare, nearly magical, is taking place in tiny Sawyer, Tenn., the setting for the early chapters of “In the Wild Light,” by Jeff Zentner (“The Serpent King”). A girl genius resides there, and her mind is the straw that stirs this drink.

Delaney Doyle looks like “someone who’s had to parent a parent.” She is the daughter of an opioid addict. She also has a photographic memory and a true dedication to science. Which means she is an oddball in school and elsewhere. Her only friend is Cash Pruitt, raised by his grandparents, Mamaw and Papaw, since the night he discovered his own addict mother stiff between the commode and the locked door of “the cramped and squalid bathroom of our cramped and squalid trailer.” Delaney and Cash meet at a Narateen meeting (a support group for addicts’ teenage relatives) and instantly become close friends, a solace to both of them.

The big enchanting event in the novel, a turning point in their young lives, is a result of Delaney’s scientific drive. While canoeing with Cash on the Pigeon River, she finds an odd mold growing on a cave wall, takes samples, tests them and, after notifying prominent microbiologists, learns she has discovered a new antibiotic fungus, which is promptly named after her: penicillium delanum. A heady honor for a 16-year-old. NPR interviews her and a wealthy lady listening in Alabama who made her money in biotech offers her a scholarship to Middleford Academy in Connecticut, where she has funded a STEM program and state-of-the-art lab.